Perth-based Braziron has announced plans to delist from the ASX and leave the resources industry through the reverse takeover of a private road safety barriers business in a deal worth $6.3 million. 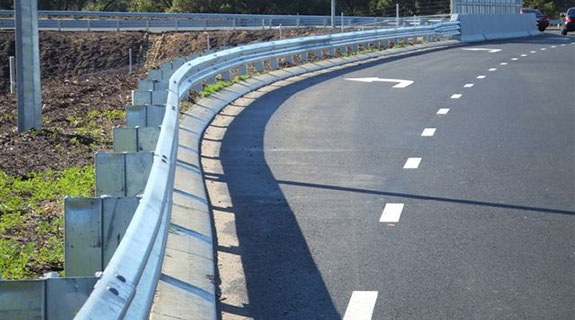 Perth-based Braziron has announced plans to delist from the ASX and leave the resources industry through the reverse takeover of a private road safety barriers business in a deal that values the target at $6.3 million.

Braziron will be seeking shareholder approval for the acquisition of an 80 per cent stake in local family-owned business Safety Barriers WA (SBWA) at its next general meeting.

In a statement, Braziron said it has been investigating potential investments in various industries outside resources, including agriculture, manufacturing and the service industry.

“Given the recent global downturn in commodities over the past several years and a widely accepted view a return to growth will be a long and slow process, the company has been looking at potential acquisitions and projects outside the mining sector,” Braziron said in a statement.

“An opportunity presented itself recently for the purchase of SBWA, which has a long and successful history of building and installing road safety barriers predominantly in Western Australia.”

SBWA has operated in WA for 18 years and its clientele includes NRW Holdings, Macmahon Holdings, Thiess and Brierty, and has worked on projects including the Gateway WA project and widening work on the Kwinana Freeway.

It has also operated on several resources projects, including the Chevron-operated Wheatstone LNG project, and has also provided its services to BHP Billiton and Ichthys.

Last year, 80 per cent of its revenue was derived from civil engineering works associated with new highway, road development and existing highway improvement contracts, while the remaining 20 per cent came from safety barrier installation on mine sites.

The company has averaged gross revenue of $12 million per annum, with a five-year earnings before interest, tax, depreciation and amortisation average of $2.1 million.

Under the terms of the deal, Braziron will pay roughly $5 million to acquire the majority stake in SBWA, based on a three-times multiplier on the target’s earnings, and will seek ASX approval to be de-listed and removed from the official list.

If it successfully delists, Braziron also plans to undertake an off-market share buyback for up to 10 per cent of issued securities at a price of 0.5 cents a share.

Braziron said other than a representative of SBWA joining its board, and chief executive Jamie Morton also becoming chief financial officer of SBWA, neither the structure of the Braziron board nor SBWA’s executive team would be restructured.

Commenting on the decision to delist from the ASX, Braziron said the timing and cost of recomplying with ASX listing rules would effectively not allow the transaction to succeed.

The company has received confirmation from the ASX that its request for removal from the official list would be approved if it is also approved by Braziron shareholders, and also satisfies several regulatory conditions.