Shares in Bradken have soared to a two-month high on the back of a conditional takeover proposal, as the heavy equipment manufacturer continues to close its factories and shed jobs across Perth. 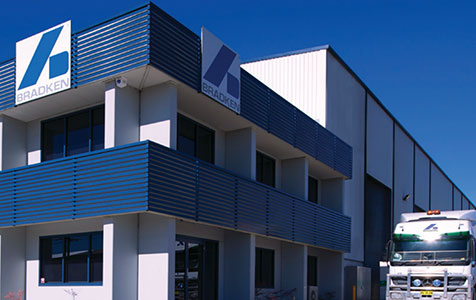 Shares in Bradken have soared to a two-month high.

Shares in Bradken have soared to a two-month high on the back of a conditional takeover proposal, as the heavy equipment manufacturer continues to close its factories and shed jobs across Perth.

The company said today its board was evaluating an $872 million takeover proposal from private equity groups Pacific Equity Partners and Bain Capital Asia.

They have put forward a non-binding, indicative proposal to acquire all shares in the manufacturer for $5.10 each, well above the $3.32 Bradken shares were worth on Thursday.

Bradken's board, chaired by former NSW premier Nick Greiner, is considering the offer and says there is no guarantee of a transaction going ahead.

But news of the proposal boosted Bradken shares, gaining $1.21, or 36 per cent, to $4.53, their highest level since mid-September.

Bradken also disclosed today that the consortium put forward a larger takeover proposal in August, worth $6.00 per share or $1.03 billion.

The board granted detailed due diligence at the time, but the proposal did not proceed to a formal offer.

Bradken said the $872 million proposal had come during a low point in the mining cycle, and at a time of significant share price volatility for the mining services sector.

"In this context, the board has determined that it is important for shareholders to be aware of the proposal," it said.

Bradken also said it remained confident of its growth prospects, and believed it was well placed to continue to grow and maintain earnings.

The company has several initiatives under way to "recharge growth" in its business, including a reduction of overheads and the $27 million purchase of a foundry in India to be used for low-cost manufacturing.

The India purchase follows the construction of a foundry in China, along with an upgrade of its facility in Brisbane.

The offsetting closures include its foundry at Henderson, which was announced in May, and its facilities at Naval Base, Mittagong and Muswellbrook.

The company disclosed today that its Welshpool foundry, which employed 200 people, according to the Bradken web site, was on track to close by the end of March next year.

Commercial agency Colliers International is handling the sale of both the Welshpool and Henderson properties.

In July, Colliers' Wayne Chorley said he expected the Henderson site to attract an offer in excess of $8 million.

Bradken also foreshadowed the closure of its Adelaide foundry over the next 12 months as work is transferred to its Asian foundries.

The restructuring moves have followed a big fall in revenue from its mining products, mineral processing, rail and engineering divisions.