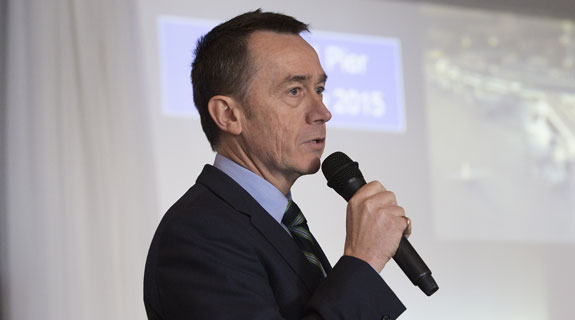 Brad Geatches says his time at Perth Airport has been challenging and enjoyable. Photo: Attila Csaszar

Perth Airport is on the lookout for a new chief executive, with Brad Geatches to step down in the middle of next year after nine years in the role.

Mr Geatches, who will step down in July, has presided over a transformational era at Perth Airport, with chairman Colin Beckett paying tribute for his role in the airport’s ongoing $1.1 billion redevelopment.

“Perth Airport is a completely different airport today, to what it was nine years ago,” Mr Beckett said.

“Brad has played a significant role in leading this transformation, and the public of Western Australia are now enjoying world-class facilities as a result.”

Meanwhile, Etihad Airways announced yesterday it would be bringing its best planes to Perth from June next year,  with its Boeing 787 Dreamliner aircraft to operate its Perth to Abu Dhabi route.

The 299-seat planes represent a 14 per cent increase in seat capacity on the route.

Etihad Airways chief executive James Hogan said the aircraft had been popular with travellers on other routes since entering service in February.

“The decision to offer this same industry-leading experience on the Perth route reflects the success of the Western Australian market and our enduring commitment to serve Australia with the pride of our fleet,” Mr Hogan said.

“We’re confident Western Australians will enjoy the cutting-edge design, comfort and personal space of our Dreamliners.”