The push for increased local content on big projects appears to be paying dividends, with Rio Tinto announcing a $70 million order for port equipment and local businesses Civmec and Doina Construction and Engineering undertaking work for coal and gold projects. 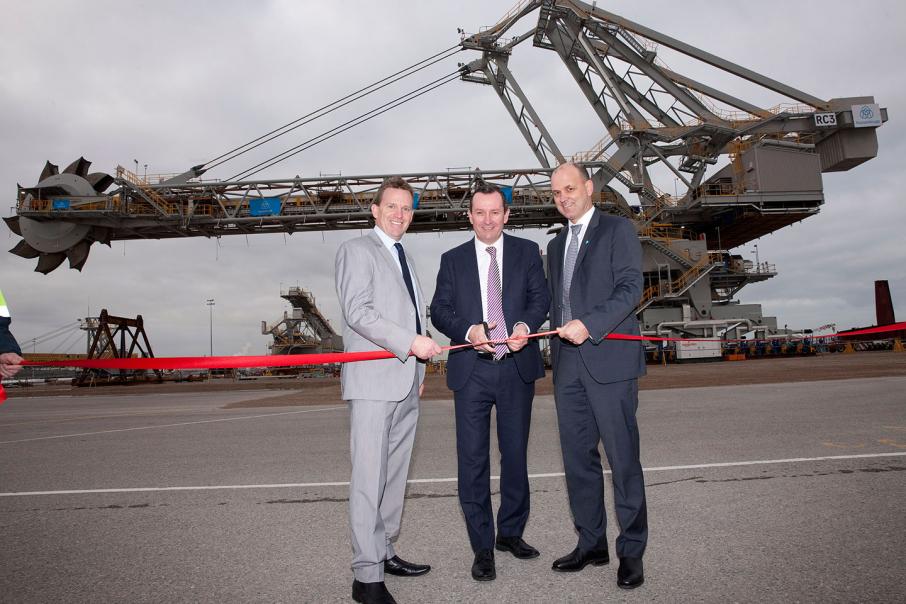 The push for increased local content on big projects appears to be paying dividends, with Rio Tinto announcing a $70 million order for port equipment and local businesses Civmec and Doina Engineering & Construction undertaking work for coal and gold projects.

Rio is planning to upgrade its bulk handling equipment at Dampier, placing an order for three replacement stackers and associated equipment.

Thyssenkrupp Industrial Solutions will manufacture, assemble and fabricate the stackers before transporting the 1,860 tonnes of equipment to the Pilbara.

The miner said three quarters of the heavy machinery would be wholly made within Australia.

The launch marked the completion of Thyssenkrupp’s biggest fabrication and construction project in Western Australia.

The $100 million project generated more than 400 local jobs in design, supply, construction and commissioning of the equipment.

The equipment is due to be shipped to the Port Kembla coal terminal in NSW.

“This milestone is a great accomplishment for thyssenkrupp and its sub-contractors and draws parallels to the McGowan Government’s commitment to deliver more local content and Western Australian jobs," Mr McGowan said.

In further news, the premier today cut the first steel for the Gruyere gold project.

This work is being undertaken by Civmec, which won a $298 million engineering, procurement and construction contract through the Amec Foster Wheeler Civmec joint venture.

The JV contract will employ up to 300 jobs on site during the project’s peak construction period, while some 30 jobs will be created in Perth during the fabrication.

Rio Tinto’s iron ore chief executive Chris Salisbury said the company’s $70 million project is expected to create up to 150 local jobs including 30 jobs based in the Pilbara to prepare the site and install the equipment.

Together with thyssenkrupp, Rio Tinto will identify additional work which can include Western Australia, Pilbara and Aboriginal businesses.

Rio said the project supported its commitment to build on the 77 per cent of supply spend attributed to West Australian suppliers.

Thyssenkrupp Industrial Solutions Australia has 350 employees, including 140 at Henderson.

The business moved its Australian management and headquarters to Perth last year.