Boomers stock up for long haul

Only a courageous investor would bet against the buying power of the self-managed super funds, which one recent investment note said ‘hunted in packs’. 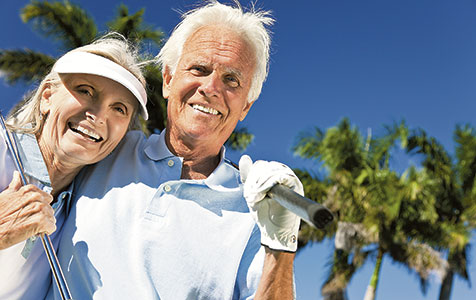 IN FOR A PENNY: The great lump of Australian baby boomers continue to build up retirement nest eggs, taking a long-term view of their retirement needs. Photo: iStockphoto

Only a courageous investor would bet against the buying power of the self-managed super funds, which one recent investment note said ‘hunted in packs’.

Regular readers of international financial opinion columns are probably a little disturbed about the outlook for the Australian stock market, whereas readers who understand the Australian love affair with ‘selfies’ are more relaxed.

In this instance a selfie is obviously not a narcissistic photo of the sort made famous by the former prime minister, Kevin Rudd.

It refers instead to Australia’s booming self-managed superannuation fund (SMSF) industry, which represents one of the world biggest single lumps of money and currently stands at $500 billion.

In fact, there is another number that makes the SMSF industry more extraordinary than the lump of capital it represents – and that’s the flood of cash that continues to pour into privately owned and managed funds.

At the most recent estimate, about $15 billion a year of new money hits the accounts of Australia’s self-managed super funds; and while a lot stays in bank deposits, about half finds its way into the Australian stock market, especially at the top end where the banks and blue-chip leaders such as Telstra reside.

Because the money managed by people with a SMSF is going nowhere until they reach an age at which they can access their funds there is a powerful force at work on the shares they own. It’s called inertia.

For those who dozed off in their middle school physics class (and who didn’t?), inertia is defined as the resistance of any physical object to any change in its state of motion, including a change of direction. In effect, it is the tendency to keep moving in a straight line at a constant speed.

Next time you jam the brakes on hard in your car you will feel inertia at work as your head tries to snap off and smash through the windscreen.

What happens in your car is what’s happening with the funds in the SMSF. They’re perfectly happy to keep travelling in a certain direction unless there is a repeat of the 2008 GFC, in which case they will quit the market rapidly and retreat to the safety of a government guaranteed bank deposit.

International critics of Australia and its highly-priced stock market do not seem to understand either the structure of the SMSF industry, or the psychology of fund managers and owners, or their desire to own blue-chip, dividend paying, financial and industrial stocks, which can be locked away for decades.

It was with this knowledge that recent advice to short-sell Commonwealth Bank shares from at least one New York-based adviser was taken with a grain of salt despite the bank trading at more than $74, which is off its high, but comfortably above the $67 tipped by at least one international investment bank.

What Australian selfies are doing is loading up on stocks such as Commonwealth Bank every time international traders reckon it’s time to sell – a classic case of investors with a short-term approach meeting investors with a long-term view of the market and their retirement needs.

The power of the selfies is not about to fade, with the great lump of baby boomers continuing to build up their retirement nest eggs, especially bank stocks that come with an implied government guarantee (too big to fail) and a yield of around 5 per cent, which grosses up to more than 7 per cent thanks to the generous tax treatment available to selfies.

As a force in the investment market, it would be a courageous investor who bets against the buying power of the selfies or, as one recent investment note said: “they hunt in packs” and want stocks that generate high dividend yields, have a history of dividend growth, distribute franking credits and have critical mass.

Just like inertia and its inevitability as a universal force, so too will Australia’s selfies continue to build on the 16 per cent they already own of the local stock market.

Foreigners might think it smart to short-sell Australia’s top-tier financial and industrial stocks, but they will simply be feeding the selfies and are highly likely to find it more expensive to buy back, unless the Australian dollar continues to decline.

But that’s another story.

Apart from the banks and Telstra, a favourite investment of the selfies is the biggest company with its head office in Perth (but most of its operations elsewhere) – Wesfarmers.

A glimpse into how the owner of Coles, Bunnings, Kmart and a variety of mining and industrial assets performed in the last quarter of 2013 is scheduled to be released next week – not that investors advisers are expecting anything special.

The consensus view of investment banks is that Wesfarmers has gone about as far as it can and is currently trading at what is likely to be its share price for the next 12 months – around $42.

During previous economic cycles Wesfarmers has attracted similar comments about being at a peak and it being a stock to sell, which is what Deutsche Bank, JP Morgan, and Citibank are telling clients.

Amusingly, every time the wise men in the banks have advised clients to sell Wesfarmers, the company’s management pulls a rabbit out of its corporate hat, driving the share price to new heights.

The quarterly results, which will mainly deal with retail sales at Coles and other shops under the Wesfarmers banner, will not generate much movement in the company’s share price, but they might cause the banks to freshen up their views of the future share price.

Meanwhile, at the other end of the stock market, life is not getting easier for cellar dwellers, the companies also known as penny dreadfuls.

Despite a 6 per cent rise in the All Ordinaries index during the past 12 months, there are still 816 ASX-listed stocks with a market value of less than $10 million.

To put that number into perspective, 816 stocks represents 41.2 per cent of all quoted equities, a deterioration from the 799 stocks worth less than $10 million at this time last year.

In the bottom layer of the cellar there are now 46 companies with a market value of $1 million compared with 35 a year ago.