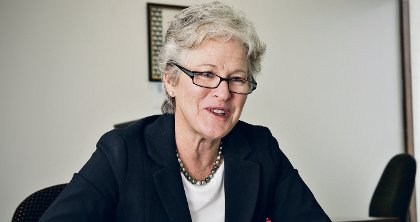 LIVING RIGHT: Anne Arnold believes housing affordability is an important element in catering for the needs of an ageing population. Photo: Grant Currall

HOUSING affordability has been a hot political issue in Western Australia and there’s a growing awareness that the situation could deteriorate when increasing numbers of baby boomers retire from the workforce.

Real Estate Institute of WA chief executive and newly appointed board member of aged-care business Southern Cross Care, Anne Arnold, is among those concerned about the impending flood of retirees.

Low levels of baby boomer home ownership, the greater impost on aged-pension funding, and an increased need for disability services are the main issues, but Ms Arnold said the boomers’ retirement lifestyle demands were likely to pose additional challenges.

“People don’t want to be shuffled off and warehoused and I actually think the baby boomers are going to be even more demanding about that than the current generation of older people,” Ms Arnold said.

“We are going to say, ‘don’t you send me off to a warehouse for old people, we want to stay in our own homes, live in our community, be looked after perhaps by our families, but with support’.”

Southern Cross Care has more than 500 beds across its facilities, and while it continues to grow that figure, the organisation is also focused on developing its in-home care operations.

“I think the best we can do is try to get very sophisticated about trying to keep people in their own homes because then the aid dimension doesn’t have a housing dimension, it only has a care dimension,” Ms Arnold told WA Business News.

She said while levels of home ownership between the boomers and their parents’ generation were proportionally similar, the large number of non-homeowner baby boomers would have implications on multiple levels of social services.

“I am an archetypal baby boomer and we are such a big group in the population that it is just going to be the sheer numbers of us who hit the market at 65, 70, 75, and a very large number of us, not a bigger proportion, but a large number, won’t own their own homes,” Ms Arnold said.

“That is where the real affordability stuff is going to play out. If you overlay that lack of home ownership, potentially on a pension because they might not have had superannuation, maybe with some level of disability ... that is a really complex set of issues to deal with.”

Housing affordability isn’t just an issue felt by older generations, although Ms Arnold’s extensive experience and passion for the subject across generations has translated well to her role at Southern Cross Care.

She established the inaugural state office of housing policy in 1999 and started working on the state housing strategy that same year, which eventually culminated in the government’s Affordable Housing Strategy earlier this year.

The strategy aims to deliver 20,000 affordable homes by 2020 and will combine government resources with those of the not-for-profit and private sectors to deliver more effective housing solutions.

Ms Arnold said the Department of Housing’s divestment of Homeswest stock to community based organisations was a crucial step in the plan, and Southern Cross Care would take management of 20 of those properties in the first tranch of divestment.

‘‘Southern Cross Care was keen for me to come onto the board because it now has Southern Cross Housing, a company established to take all the housing it’s going to get when Homeswest divests itself of stock,’’ she said.

“There are lots of advantages to community groups and not for profits holding those houses because they can do more with them.

“The challenge is how to leverage that stock, borrow against it to buy more or take more from the government and then to deliver supportive services to the people in the houses.”

‘‘A lot of people, when you are talking about affordability, think we’re talking about people who can’t afford to buy their own home, but actually the people who suffer the most from housing afforability the most are in the rental market,’’ she said.

‘‘They have very little control, they’re often on pensions, rents go up and there is so little affordable housing in the form of public and community housing that they have to access their housing in the private rental market.’’