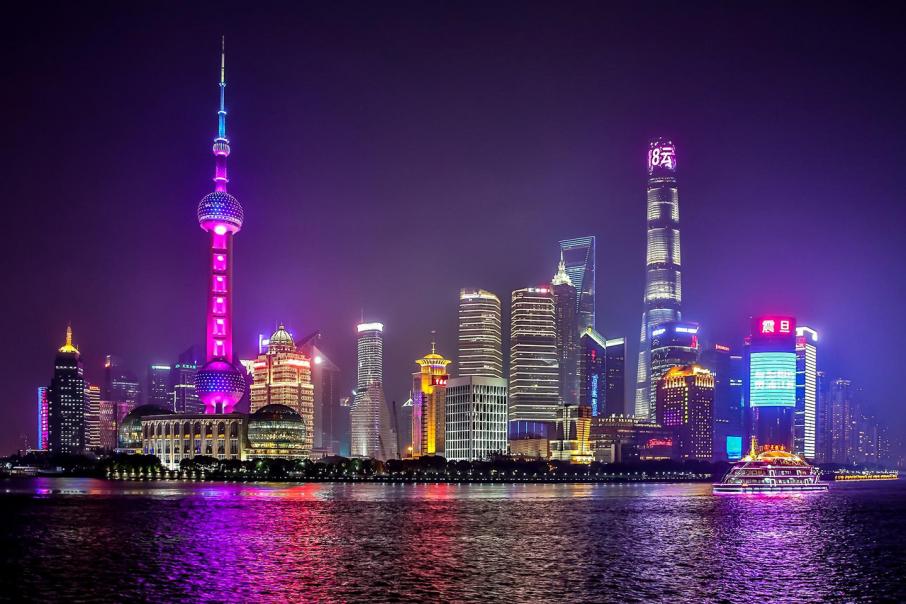 As Chinese cities such as Shanghai have transformed, so has Perth changed. Photo by Sean Lim/Unsplash

Chinese economic growth has brought significant changes to the lives of millions in that country, and there’s no doubting the degree to which Western Australia’s provision of the building blocks of development has transformed Perth.

Almost all of Shanghai’s 20 tallest buildings were built in the past two decades, according to statistical service Emporis.

Nationally, half a billion Chinese lived below the extreme poverty line in 1999, but the number is now 10 million, according to the latest World Bank data. 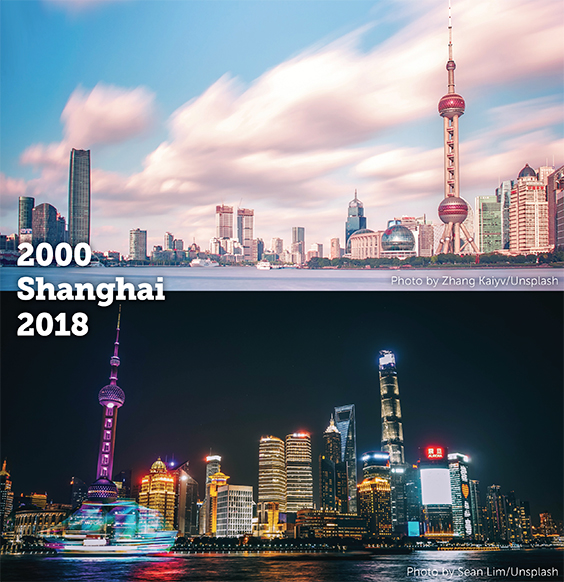 China was manufacturing about 129 million tonnes of steel annually in 2000, which rocketed to 871mtpa in 2017.

Iron ore production in WA rose from less than 200mtpa to about 800mtpa in that period, with sales rising to $78 billion annually.

The production growth was enabled by an enormous investment boom, with the mining industry’s capital stock lifting more than eightfold over two decades to be $437 billion in June 2018.

The state’s population grew 42 per cent to be 2.6 million, as workers were drawn west.

Disposable income nearly tripled for the average person to be nearly $54,000 in June 2018. 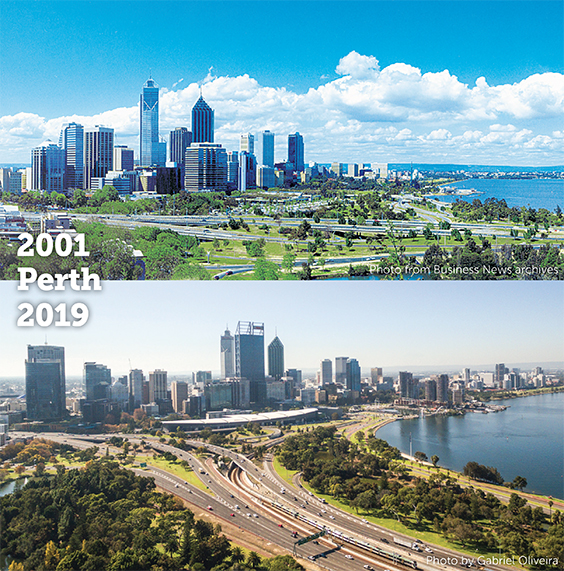 Meanwhile, the face of Perth has changed.

Projects such as the new museum, the stadium and Elizabeth Quay show Perth has matured.

Former premier Colin Barnett told Business News it was after a Council of Australian Governments meeting in 2009 he had decided to step on the accelerator of development.

“I noted how Brisbane had changed … getting on the plane on the way back, I came to the realisation of how far Perth had fallen behind.

“It was a one-in-100 year transformation of Perth.”

WA’s wealth of natural resources and proximity to Asia made it one of the biggest beneficiaries of development on the continent, but the state has relied on more than luck.

In the 1960s, Japanese steel mills underwrote the development of iron ore mining in the Pilbara through contracts with Rio Tinto and BHP.

Similarly, in the 1980s, it was Japanese utilities that underpinned the North West Shelf LNG project.

WA’s relationship with China had two big early milestones – the 1987 Channar iron ore agreement between Sinosteel and Rio Tinto, and the $25 billion contract for North West Shelf Venture to ship LNG to Guandong, signed in 2002.

The Guandong agreement was heavily backed by then premier Richard Court, who worked to promote Australian gas in a series of trips to Asia.

Mr Barnett said Mr Court deserved major credit for the engagement, which resulted in the first purchase of LNG by China from anywhere in the world.

“Government played a critical role (in the 1990s), far more so because ... Chinese customers and investors were state-owned enterprises, the government-to-government relationship is absolutely vital,” he said.

In 2011, WA signed a memorandum of understanding with the Chinese National Development and Reform Commission, one of only a small number of regional economies to secure such a deal, Mr Barnett said.

The commission is the country’s key economic agency. 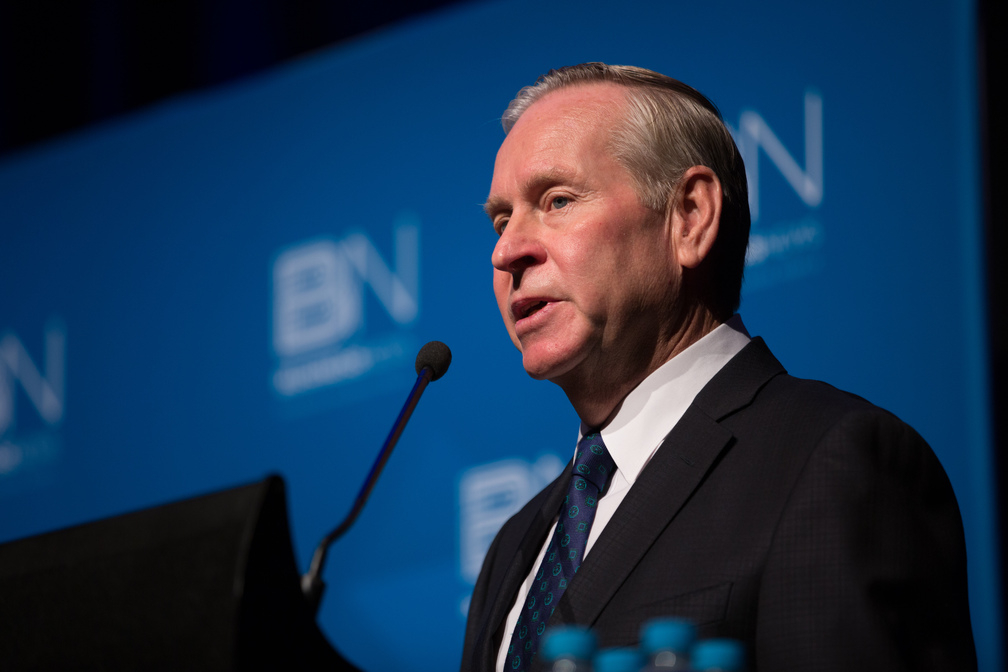 “WA is very much leading the relationship with China,” Mr Barnett said.

He also highlighted Chinese investments in magnetite, a specific type of iron ore that requires processing, as showcasing the relationship’s growth.

Citic Pacific’s Sino Iron project had stalled when Mr Barnett came to office in 2008, and he said the government was proactive in encouraging the Chinese state-backed enterprise to proceed with the $US10 billion investment.

The biggest project of the period was Chevron’s Gorgon LNG, which sells to a number of Asian partners, and serves as a good example of the role of government in facilitating foreign investment.

“Gorgon has a history going back to the 1990s. When I became premier the project was on hold,” Mr Barnett said.

“One of the first things I did was get involved with Gorgon… there were issues to be resolved to do with responsibility for the emissions of greenhouse gases.”

Carbon capture and storage at Gorgon started earlier this year as a result of that work, with about 40 per cent of the operation’s lifetime emissions to be sequestered.

Looking to the 2020s and beyond, WA is expected to remain a leader in autonomous mining, and embrace opportunities producing lithium and hydrogen for an anticipated green energy boom.

The code sets out training requirements, safe practice, risk control and emergency management, and was an example of how the industry and regulators were forward looking, Mr Smith said.

“The industry is at the forefront of technology development and application,” he said.

Mr Smith said he understood WA had more autonomous vehicles than California, which has the headquarters of companies developing self-driving cars such as Alphabet.

In the Pilbara, there are autonomous trucks, trains and drilling rigs.

Mr Smith said while automation had been shown to improve safety, it also created opportunities for more diverse, high-skilled employment.

Similarly, lithium and hydrogen would be industries with a technological focus.

Two lithium refining projects are under development in WA with more planned. The Tianqi operation in Kwinana is the world’s biggest.

In hydrogen, research is under way at Hazer Group, and includes renewable hydrogen projects at the Gold Fields Agnew mine.

Mr Smith said there were good reasons WA had always been able to capitalise on demand for its commodities.

“We’ve got good resources and information about resources … a safe and predictable, transparent regulatory regime,” he said.

“And we’ve got science.” 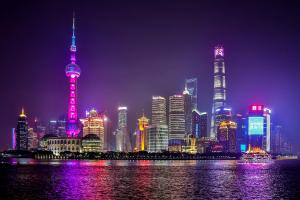 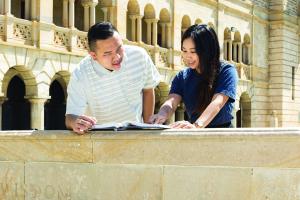 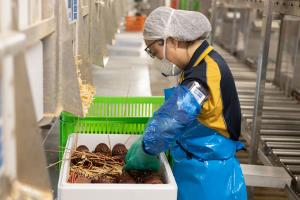 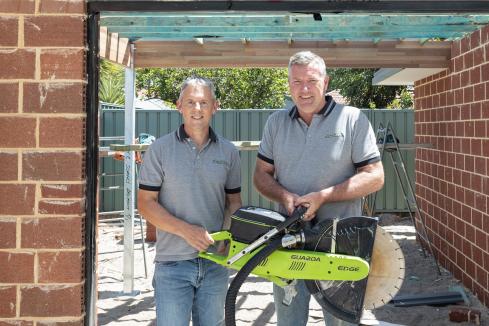 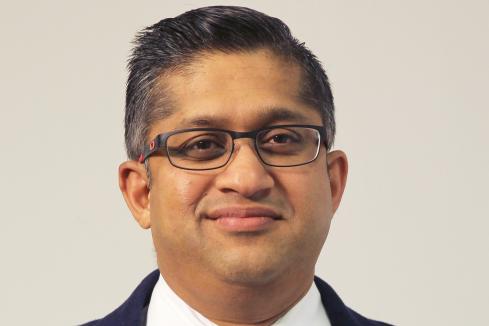