Booms are to navigate through, so we emerge stronger and better equipped for future challenges. 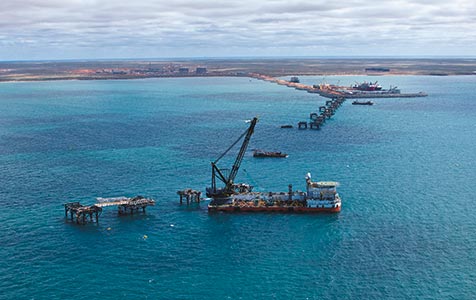 Nearly two weeks ago we put a small story online about three engineering graduates who couldn't find work, and had gone into the city with placards to advertise their services.

The Australian newspaper followed up our article a few days later. Somehow it became an exclusive between when we published it and their version the following week. Clearly they saw the same trend at work as we did ... or they followed our logic.

The resources boom is over and the economy is returning to more traditional levels of demand.

To recap, the graduates we featured weren't yet desperate and admitted it was as much of a lark as a genuine effort to find work. They are really budding entrepreneurs who will, no doubt, learn from their experience and become multi-millionaires in a few years with an online start-up under their belt and an IPO on the way.

Nevertheless, their predicament is real. There are not many jobs for the thousands of graduates emerging now after studying disciplines like theirs; a cohort whose numbers have swollen during the past decade as industry's hunger for skills overwhelmed supply.

Yet, as we reported the following week, the LNG sector faces extreme shortages of skilled operators, many who would have base qualifications similar to our unemployed engineering graduates.

The construction boom, it seems, has done exactly what we've been saying it would for years – creating a new level of long-term, sustainable jobs that really make an economy hum. This is not the massive wave of work that was needed in the building process. Those are short-lived jobs that create as much shock in an economy as they do opportunity.

It is the long-term jobs we want, which is why anything that unreasonably stood in the way of constructing these plants (the ones that were built, those being built or the ones that will never be built because of the cost of the former) was economic vandalism.

I strongly believe that unreasonable building costs – in part driven by the difficulty of bringing in temporary construction workforces and exacerbated by anti-development crusades such as what occurred at James Price Point – meant we have missed out on at least one additional gas plant and probably a major mine, rail and port development.

The economic cost is in the jobs that we really wanted. Wealth is made from booms, but rich stable societies come from long-term secure job prospects.

I would import 1,000 temporary construction workers for a year or two if I could generate 100 jobs for the next 20 years. Those jobs, the permanent ones, are what real communities grow from. They are the reason families put down roots, schools are built and other infrastructure is invested in.

Unfortunately, industry was not really allowed to do that, not in a practical way that gave it certainty in a time frame that fitted its decision-making processes.

Even worse, industry and a constrained local labour force focused on the construction phase. Industry had to because it needed anyone with a heartbeat to get the work down; the result was the workers did too, because high wages drew them in from other options.

Instead of planning for the long term, the focus was on the here and now.

As a result, we end up with a huge imbalance in the skills set we have in our economy. Despite years of pumping out more graduates we end up short on the people we need to operate the big number of plants that were built before the cost got too high.

You can't have a planned economy like the Soviet Union did; that failure is a good lesson in what government or even industry can do to allocate resources sensibly.

But we have missed a double chance to build even more plants and make sure we had the local workforce in place to work on them.