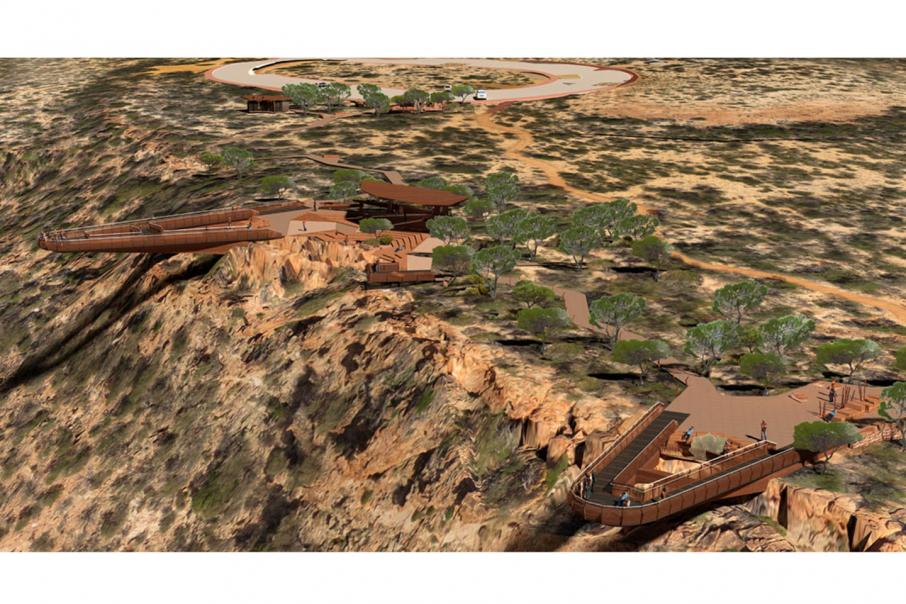 The $4.59 million contract is part of a broader $20 million project that includes upgrades to roads and associated infrastructure.

Applecross-based Bocol specialises in bridge construction and has completed over 45 bridge related infrastructure projects since being established in 1979.

The two 100-metre-high skywalks at the West Loop site will project 25 metres and 17 metres beyond the rim of the Murchison River gorge.

Construction is expected to be completed by mid-2019.

Bocol director Dermot Boyle said the cantilevered skywalks would be unlike anything in Australia, with only two others of this kind in the world - the Canadian Glacier skywalk and the Grand Canyon skywalk, which extends out only 20 metres.

The catilever design meant people would not see any supports under the skywalks.

They will feature a fibre-reinforced plastic grate that people will be able to see through. The design includes provision to replace sections with glass in future.

Mr Boyle said they would use Australian steel and be fabricated in WA.

Environment minister Stephen Dawson said the skywalks will be fully accessible for people of all ages and abilities, including users of wheelchairs.

“Tourism is integral to Kalbarri’s economy and by delivering world-class facilities like these skywalks and associated infrastructure, the McGowan government is ensuring that Kalbarri National Park will remain a favourite destination for tourists.”

Civils WA blamed a $1.5 million cost blow-out on its drainage contract for its failure.

When the Watpac contract was awarded in December 2016, then minister Albert Jacob said construction of the skywalks would start in 2017.

A government spokesperson said a range of factors led to the delays including a dispute and lengthy arbitration process in the latter stages of the roadworks contract.

In addition, tenders received for the Skywalk and associated infrastructure were above budget and this required post tender negotiations and some redesign work," the spokesperson said.

"There have also been general engineering and design issues that needed to be resolved prior to tender due to the size and complexity of the Skywalk."

The spokesperson said there has been no increase in cost to the government due to the liquidation of Civils WA.

The government said today it planned to advertise another tender for the construction of associated infrastructure at the Skywalk site including a kiosk, toilets, shade shelters and landscape works. 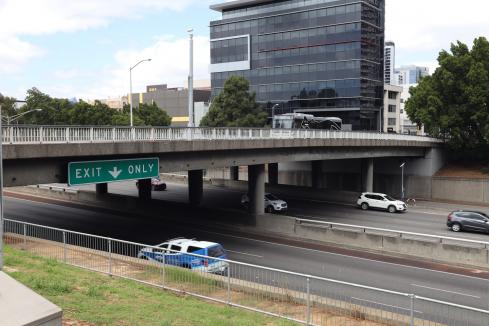