Following a push by industry, the state government has released a step-by-step guide on how to promote and access greater cultural diversity. 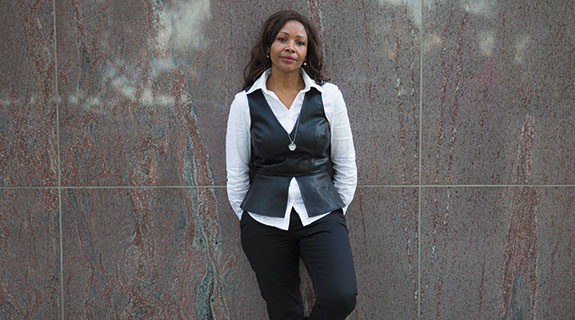 ON SIDE: Pearl Proud is a strong proponent of culturally diverse boards. Photo: Attila Csaszar

Following a push by industry, the state government has released a step-by-step guide on how to promote and access greater cultural diversity.

Citizenship and Multicultural Interests Minister Mike Nahan said the guide was a response to the growing awareness of the benefits of culturally and linguistically diverse boards and committees.

The guide includes information on how individuals can assess their board readiness, prepare and plan for a board position, and find opportunities.

ConnectGroups chairperson Pearl Proud told Business News that waiting around to be invited to a local board was never an option she considered, and she urged Perth residents from varying cultural backgrounds to speak up and enact changes they wanted to see locally.

South-African-born Ms Proud, whose experiences and advice are included in the guide, said she felt strongly about creating opportunities in her adopted hometown – despite recognising Perth’s masculine culture and that only 1 per cent of Perth board or committee members came from culturally and linguistically diverse backgrounds.

“My mission is to inspire and reassure,” Ms Proud said of her work at the Booragoon not-for-profit group.

“I really want to reassure younger Western Australians of every background that they do not need to leave Perth or WA to become who they need to be. We can become great where we live.”

The push to increase the number of people on Perth boards with views and skills from a range of cultures and backgrounds follows a landmark Committee for Perth report, which detailed Perth’s ‘blokey’ culture.

The report found this was one of a number of obstacles contributing to the lack of women who remained in the workforce or progressed in leadership roles, especially after having children.

Ms Proud said while the city’s masculine business culture had served many companies and the economy well for a long time, in particular by creating a strong and pioneering spirit, the city was now ready to evolve.

“We’ve become mature enough now to ask how else we can grow and be more than what we’ve been,” she said.

“If we do not pursue (this) strategy we’re going to be missing out on a contribution people have underestimated until now.”

St George Bank regional general manager SME banking, Beata Brennan, who recently completed her MBA and has been considering how to get involved in boards, said she found the guide to be quite useful.

Ms Beata, who is of Polish and Russian descent and grew up in Canada, said she applauded the state for prompting a larger conversation.

“I think the main message is finding something you’re passionate about and getting involved, not waiting,” she said.