Some ill-advised business decisions are coming back to haunt some of well-known local resources players. 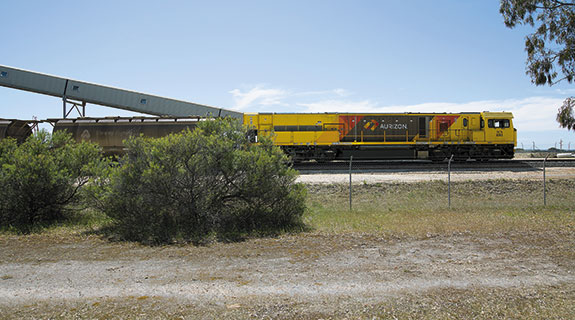 VANISHED: Aurizon has written off its $210 million investment in iron ore and coal explorer Aquila Resources just 18 months after making the deal.

Some ill-advised business decisions are coming back to haunt some of well-known local resources players.

There is a bleak game being played by the investment community, with several Western Australian competitors having a shot at the prize. The game in question has one simple rule – it’s a contest to see who made the biggest blooper in the resources boom.

Nominations include the usual suspects, such as China’s CITIC Group, which poured around $12 billion into the Sino iron ore project in the Pilbara and is yet to finish building it (or proving that it can ever be profitable).

Gindalbie Metals is another iron ore flop, persisting with the nonsense of upgrading low-value hematite ore into a higher-grade product, but apparently forgetting the cost side of the equation, which has rendered its Karara project a profitless waste of money.

First Quantum Minerals, a company with a management team that once bragged about how it had been able to revitalise a failed BHP Billiton nickel processing plant at Ravensthorpe, is now battling the headwinds of low commodity prices.

However those examples of ill-considered project development, or restoration in the case of First Quantum, are excluded from the biggest blooper competition because they involve trying to do something, which is admirable, only to be whacked by changing market conditions or botched design.

The more interesting category of blunder is where a company acquired an existing asset at boom-time prices, only to be forced to write-off a large proportion of the investment in less than two years.

What makes the quick write-off group particularly interesting is the speed at which the optimism of the original deal morphed into pessimism – a process that sits amusingly alongside a delicious demolition job of management waffle in a recent edition of London’s Financial Times newspaper.

More on that item later; first a look at the top two contenders for blooper of the boom.

Neck and neck are Aurizon, for its $210 million investment in acquiring the iron ore and coal explorer Aquila Resources, and Woodside Petroleum for the $US2.8 billion acquisition of assets from the US oil producer, Apache Corporation.

The Aurizon deal, completed in June 2014, was in a joint venture with the Chinese steel maker Baosteel; but by last week Aurizon had written off its investment – roughly 18 months after the $210 million was spent.

Three aspects to the Aurizon deal are noteworthy.

Firstly, the company, which is essentially a railway operator and not a miner, was warned when the bid was launched that iron ore was heading for a steep fall.

Secondly, management marketed the deal as a company-changer with a ‘strong strategic rationale for Aurizon participating alongside leading steel producers to unlock mine assets in the West Pilbara’.

Thirdly, Aurizon has treated the write-off as just another business risk, which shareholders in the company must find interesting as it was their money that poured into the deal but then disappeared as if someone had wiped the chalk off a school blackboard.

Woodside’s investment in Apache, which includes a stake in the Wheatstone LNG project near Onslow, is another example of a high-speed write-off made all the more remarkable because it has been made in less than 12 months.

Explanatory notes when the Apache investment was made included comments such as how it would deliver ‘value-adding growth while demonstrating disciplined capital management’.

The Woodside management manual obviously has a different definition of ‘capital discipline’ because in last week’s 2015 profit announcement, $US865 million of the Apache investment attributed to the Wheatstone project was wiped off the blackboard.

Falling commodity prices are clearly a big factor in Aurizon and Woodside slashing the value of investments within months of them being made.

The Financial Times article on management, written by Lucy Kellaway, goes some way to explaining this apparent disconnection between what’s said and what ought to be said.

She listed four topics on which management must maintain a strong line, even in the face of the stiffest adversity:

• never admit to not enjoying the job;

• never criticise the people on your team even if they are incompetent;

• never criticise your own company; and

• never admit that you’re not sure if a deal is a good one.

Added to that list might be added a fifth: Never remind people of what you said in the past.

If Woodside management ever did reflect on the Apache deal it would have to admit that it was not a fine example of capital management, quite the opposite, actually.

A couple of clangers

Speaking of unfortunate remarks, two recent comments by leading politicians should not be allowed to simply slip by.

The first was from the Treasurer Scott Morrison, who has just noticed that, when it comes to government finances ‘spending is the problem’. Wow! Hold the front page.

The second was from Resources Minister Joshua Frydenberg, who has promised to ‘take the risk out of exploration’; a silly promise that will humour geologists for its startling naivety.