Mates in Construction is providing the industry with the tools to improve wellbeing at work. 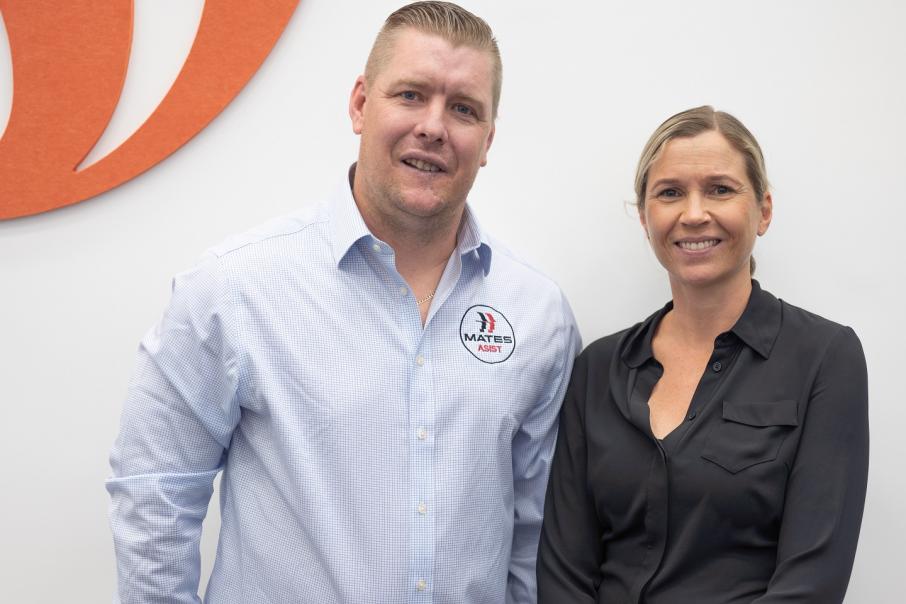 Early starts and long hours, pressure to perform, the insecure nature of contract work and a ‘toughen up princess’ attitude have all contributed to a high suicide rate in the construction industry.

Conversations about suicide and mental health issues in a male-dominated workspace are not always easy, but not for profit Mates in Construction is among the groups working to reverse that trend.

The national organisation was established in 2008 after the release of Australian Institute for Suicide Research and Prevention’s report, Suicide in Queensland’s Commercial Building and Construction Industry, which highlighted the high rate of suicide in the construction industry.

Mates in Construction, which has a branch office in East Perth, offers industry intervention programs, worker training, and has a specialised support line for workers to call.

In 2018, Mates in Construction published a blueprint for industry to create workplace cultures that contribute to strong mental health and wellbeing.

In the three years since, about 25 companies have signed up to the blueprint, covering 65,434 workers.

Companies with operations in Western Australia, including Multiplex, Lendlease and Clough, are among those to have signed on.

Signing on to the blueprint means an organisation agrees to address some of the recommended strategies and participate in a confidential evaluation.

Mates in Construction WA chief executive Liam Cubbage said the blueprint was needed in the construction industry because of the nature of the work, and workers’ reluctance to seek help.

“A lot of the pressures in the construction industry can lend themselves to difficulties during certain times,” Mr Cubbage told Business News.

“We also know the construction industry is a very male dominated still, and while that is changing, what comes with that is generally a culture of not being welcomed or not being able to talk about mental health issues in the workplace.”

According to research by the University of Melbourne and Mates in Construction, workers in the construction sector are more than twice as likely to commit suicide than people in other industries.

The report (for the period from 2001 to 2018) found that 583 of the 1,318 people in WA who committed suicide during that time worked in the construction industry.

“The industry has become very reliant on contracted work and having to get that work done in a hurry,” Dr Bridges told Business News.

“Competition for contracts, and that means that there’s very long hours and people get fatigued, they get poor work-life balance.”

Dr Bridges said the physical dangers of the industry could also cause stress.

“Then we combine that with the macho expectation that they are strong men who are competent as well as confident and able to withstand the pressures,” Dr Bridges said.

Mates in Construction’s Mr Cubbage said the blueprint was established after a roundtable discussion with 50 industry leaders to address these contributing factors.

“One of the target outcomes was the development of a guide or a document that organisations could use to take effective action to create mentally healthy work environments in the industry, and how to propel the construction industry to a place where it can be in mental health and suicide prevention,” he said.

“The blueprint’s purpose is to give organisations a model they can use to adapt their practices and policies within their organisation to meet what is considered industry best practice for mental health.”

It also included an audit process completed by Mates in Construction to help organisations investigate their current practices and see where there was room for improvement.

“We are not here to judge or determine who is and who isn’t doing everything they can to improve their systems, but certainly from a construction perspective, our role in industry is prevention,” Mr Cubbage said.

“It is about creating safer workplaces, more mentally healthy workplaces and reducing the negative impact that life issues and mental health can have on the individual family and the industry and the employers.”

Commercial fit out and construction company Swan Group signed the blueprint in March after being involved with Mates in Construction for a few years.

She said Mates in Construction’s experience in the industry gave it credibility as the not for profit understood the nature of the work.

“The fact that you are having people from the industry, who they feel like they can relate to, getting up there and telling their own stories about what they have gone through and why it’s so important, is making a huge positive change,” Ms Sjobrend said.

Mates in Construction’s work became personal for Ms Sjobrend in the past year when one of her staff used its support network.

“As soon as he reached out, they [Mates in Construction] were on the scene … supporting that person through a difficult time in his life,” Ms Sjobrend said.

“As much as I knew it was important, but seeing someone speaking up and verbalise it, and being able to be taken care of so quickly, it becomes really real.”

As head of a smaller company, Ms Sjobrend said she was focused on fostering a culture of inclusivity.

“I think the biggest thing we do in the mental health space is build a culture based around teams, and when times are tough, they always step in and help each other,” she said.

“Having a team of people who genuinely care for one another means that no-one is going to turn their back on someone.”

Engineering and construction business Clough’s chief executive Peter Bennett said the industry had made progress in the safety space, and the mental health space was now a big focus.

“Companies like ours and our peers, the unions and their clients, and everybody is on the same page in terms of tackling this issue and improving the outcomes for the workforce,” Mr Bennett told Business News.

“From a business perspective, that’s who our company is.

“We don’t manufacture products, we don’t operate assets, we just have people who deliver projects, and those people are our only asset.”

Mr Bennett said the issue of mental health had touched many in construction.

“Many people in the industry have had the unfortunate experience of being impacted by somebody who has taken their life, either on the site or after hours, and it’s just an awful feeling,” he said.

“Anything we can do to relieve anyone else from having to go through that is something that’s very worthwhile.”

He said Clough was trying to be more proactive in the mental health space and raise awareness.

“I think the biggest thing, from our perspective, that we can do is provide awareness to people and open up the communications channels,” Mr Bennett said.

Mates in Construction and the industry members at the 2016 roundtable wanted to create a nationally agreed framework to support all industry stakeholders.

Mr Cubbage said he hoped the blueprint would shift the way leaders and organisations approached mental health and suicide prevention.

“[We want] the industry as a whole to work collaboratively in developing and implementing best-practice initiatives within the workforce, and continue driving conversations around mental health and wellbeing,” he said.