Blacktree broadcasts from Belmont to Britain and places in between

SPECIAL REPORT: A Belmont-based business is connecting military installations around Australia and across the world. 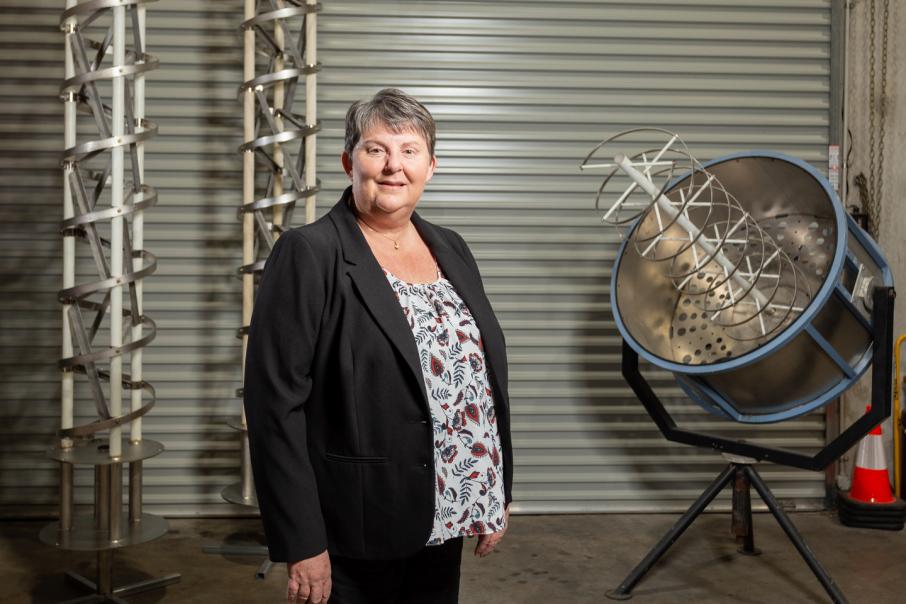 A Belmont-based business is connecting military installations around Australia and across the world.

Blacktree Technology appears to have made an astute call when it bought communications specialist Spirit River in 2015.

That acquisition by Belmont-based Blacktree shifted its focus to the defence sector, for which it now produces world-leading bespoke technology.

The family business manufactures antennas and communications equipment in its warehouse.

“We manufacture a range of UHF Satcom equipment, which essentially operate from the back of the radio to the tip of the antenna,” Ms Nevin said.

“We’ll make a large three-metre antenna, we make the pedestal that they stand on, we make signal enhancing, signal improving equipment that sits in line from the radio.

“That’s used significantly by the Australian Defence Force. Spirit River and Blacktree ended up manufacturing equipment for all of the control stations in Australia.

“There are about 16 sites in Australia that have Spirit River or Blacktree equipment installed.

The work is done locally, with five employees and six regular contractors at Blacktree.

In addition, there are about 20 local businesses in the supply chain for Blacktree, Ms Nevin said.

That included Benchmark Engineering in Malaga for machining work, and Action Laser Cutting in Bayswater.

“It’s made from ground up, we work from essentially the raw metal,” she said.

“It’s all made in Australia, made in Perth predominantly.

“(The metal) gets machine fabricated, welded, coated in some way and then assembled and tested here.

“That’s our bread and butter.”

Ms Nevin said sustaining the equipment was also a source of work.

According to the federal government’s tenders website, Blacktree has won 21 contracts in the past three years.

Two recent wins included $441,000 in April for electronic manufacturing machinery and equipment and accessories, and $273,000 in May for construction and maintenance support equipment.

Blacktree also has a history of shipping overseas.

“Recently we did our largest ever export to the UK,” Ms Nevin said.

“Spirit River equipment has been exported to the US, Germany, Italy and Japan.

“While it’s going to those countries ... it’s linked to NATO comms platforms.”

She said having a vertically integrated product was an advantage.

A handful of other WA businesses have worked in the communications space for the defence industry.

Among those groups with which it has worked are the US National Guard, the United Nations in Africa and Asia, and the US’s Iraq deployment.

Lower frequency antennas are usually used for long--distance communications, while the highest frequency systems are used for line-of-sight signals.

Unidata, which specialises in environmental modelling and satellite telemetry, is also understood to have previously undertaken defence-related work.

Blacktree was one of 15 local businesses to win capability grants from the federal government’s Centre for Defence Industry Capability in the past two years, scoring an $83,000 commitment.

The cash is allocated to businesses that are implementing recommendations from an adviser, such as mentoring, market intelligence or improving financial management systems, to make their businesses ready for defence work.

Businesses need to match the amount of the grant.

About $3 million is allocated through the Department of Industry, Innovation and Science into the grant system every year.

WA businesses have secured $1.2 million of grants in the past 18 months.

The biggest winner was Matrix Composites & Engineering (see page 30), with four grants worth $256,000.

Yangebup-based Nexxis, which supplies drones and robotic crawlers with cameras for inspections during maintenance, won three grants worth $161,000, while Henderson-based safety accreditation provider Wiltrading STACE secured $154,000 worth of grants.

All three are businesses that had previously focused on oil and gas contracting.