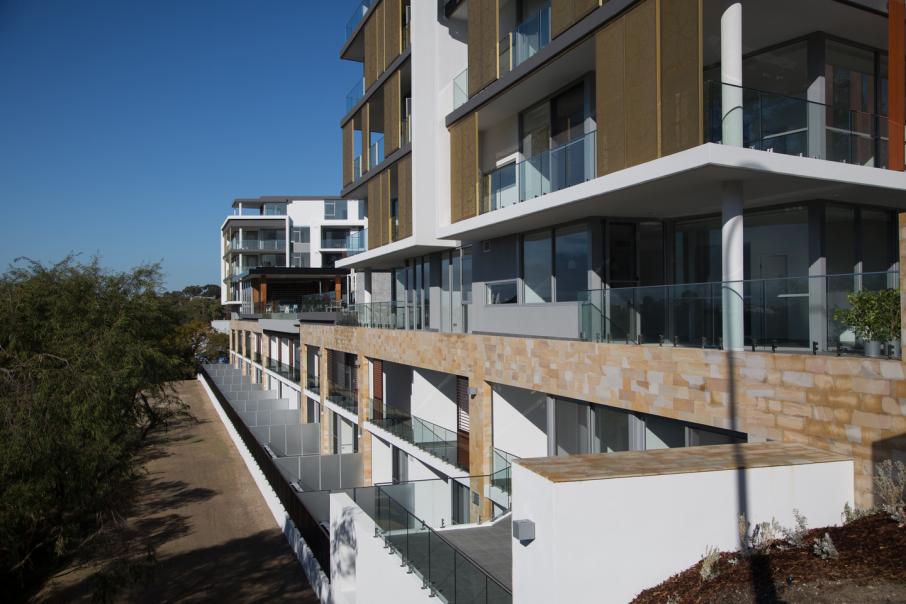 The WA Development of the Year award is part of the 2018 Property Council and RLB Innovation and Excellence Awards program, which has run since 1982 and recognises excellence in design and innovation in the built environment.

Blackburne’s Aria Swanbourne, which was designed by Hillam Architects, comprises 156 one, two and three bedroom apartments and penthouses.

“The judges were impressed with the standard of design and amenity, and with the developer’s commitment to engage with the community and local residents during the construction period,” Mr Iacomella said.

“As a result of this approach, local residents became advocates for the development, and prospective purchasers and local councils alike are now asking whether new apartments will be like Aria.”

Aria’s common facilities include a lobby lounge, BBQ areas, wellness facilities and a communal temperature-controlled wine cellar that provides a private lock box for each apartment.

RLB managing director Mark Bendotti said the common facilities were the best ever seen in a Perth apartment project and reflected the $2 million budget Blackburne had set for the facilities alone.

“After $70 million in off-the-plan sales within three months, the apartments were snapped up quickly once the development was completed, which is a real testament to the team’s commitment to quality,” Mr Bendotti said.

Aria is also up for the Crown Group Award for best residential development at the national awards, which will be held in Sydney this Friday.

Previous WA properties to be awarded the Australian development of the year title include Whitford City Shopping Centre in 1996 and Brookfiled Place in 2014.