Property group Blackburne has released further details of its planned development of the Pavilion Markets site in Subiaco, with its plans including a reduced number of apartments spread across three buildings. 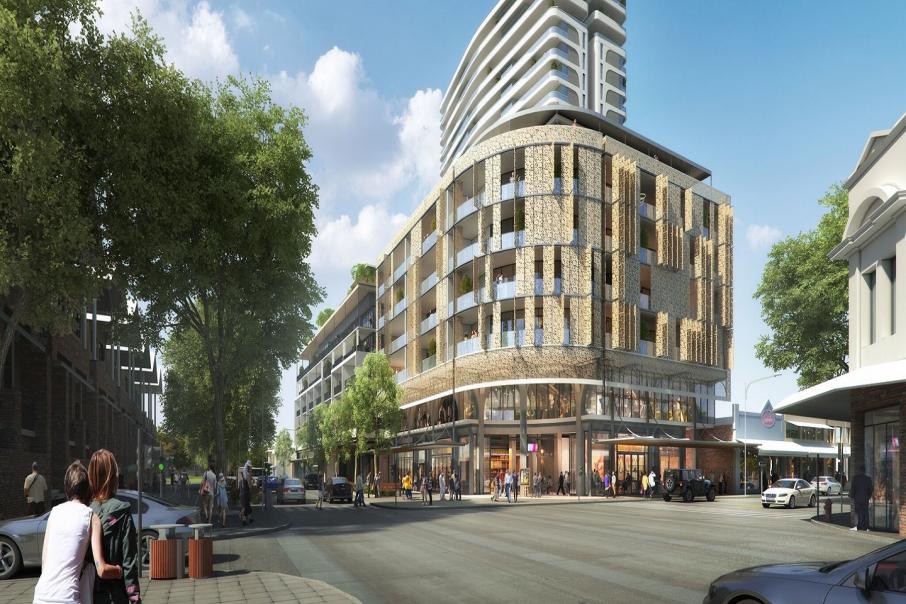 Property group Blackburne has released further details of its planned development of the Pavilion Markets site in Subiaco, with its plans including a reduced number of apartments spread across three buildings.

Located opposite Subiaco train station, the run-down site currently has development approval for 294 apartments and one tower up to 16 storeys in height.

Blackburne disclosed over the weekend it plans to cut the number of apartments to 250, but with each of them being larger, designed for families and owner occupiers.

They will be spread across three buildings ranging in height from six storeys to 24 storeys, with the latter building having a 30 per cent smaller floorplate from the approved development plan.

“We believe a tall, slender, stylish building at the rear of the site is a better and more visually appealing way of creating intensity and density for Subiaco than the short, squat block that received approval several years ago,” Mr Blackburne said in a statement.

He said the previous plan reflected a different economic period with a focus on more and smaller apartments to appeal to international or interstate investors.

The proposed development includes ground level markets containing a mix of permanent food and retail areas and pop-up stalls within the site and along Seddon Street.

It also includes 115 public bays and 404 resident bays (for the estimated 500 residents).

The company said the project had a total development value of $235 million, down slightly from the $250 million estimated earlier this year when Blackburne bought the site.

It is aiming to commence construction in 12 months, creating an estimated 250 new jobs.

Mr Blackburne sought to ameliorate concern in the Subiaco community, which is widely considered anti-development and anti-high rise.

“We believe this development will deliver the best possible increase in density for Subiaco because it is located on the right site, next to the railway station, and not in heritage residential streets,” he said.

The company said the project would enable Subiaco to achieve approximately 10 per cent of its current density target and reduce the need for development in heritage streets.

Mr Blackburne said his group wanted to breathe life back into Subiaco.

“Bringing the markets back and developing three high quality buildings on this iconic site will create a new gateway into Subiaco and transform the Rokeby Road shopping and entertainment area,” he said.

“We believe the redeveloped Pavilion Markets will become the number one meeting place for locals and a must-visit destination.

“This site is too important for Subiaco’s future to leave abandoned, unloved and increasingly derelict. In its current state, the site drags down the reputation of the town centre and deters, rather than attracts people.”

“The project will deliver lifestyle and economic benefits for Subiaco residents and businesses. It will create many jobs once the markets are open and will attract thousands of visitors back to Subiaco, which will benefit many other local businesses.”

The City of Subiaco said on Friday it was inviting public comment on Blackburne’s development application.

It noted the development would include restaurants, fast food outlets, shops, a small bar, a tavern, offices and multiple dwellings.