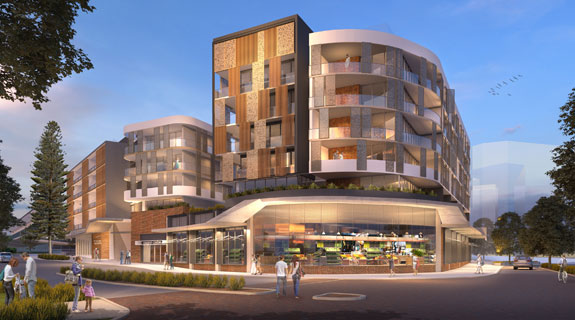 Blackburne has become the latest developer to buy into LandCorp’s Claremont on the Park, unveiling a plan to build 123 apartments and 1,950 square metres of commercial space on one of the landmark sites at Claremont Oval.

It beat out Georgiou Developments and St Ives Group, which were also short-listed last November.

Mr Mudford said the Blackburne project would be built on one of the flagship sites at Claremont Oval, near the corner of Davies and Shenton roads, which would play a big role in connecting the infill project to the suburb’s existing town centre.

“Blackburne’s submission aligned with the development’s design guidelines and the overall vision for Claremont on the Park, making it the ideal proponent to purchase and build lot 509”, he said.

Blackburne is the third developer to buy into the LandCorp infill project, with Georgiou Group nearing completion of its The Pocket development and Mirvac Group expected to start building The Grandstand by the end of the year or in early 2017.

Blackburne managing director Paul Blackburne said he was delighted to have been selected by LandCorp to deliver the 123 apartments.

“This appointment provides us with a unique opportunity to create a high quality mixed-use development in one of the most sought-after established suburbs in Perth,” he said.

“We look forward to advancing plans and partnering with LandCorp and the community to bring this exciting new precinct to life.”

LandCorp’s plan for Claremont Oval comprises more than 750 homes around the historic football ground, which is within walking distance of Claremont train station and the suburb’s town centre.