Black Range Minerals shares closed on a high today on news it had received a takeover proposal from Canadian-based Western Uranium Corporation for all of the company’s shares. 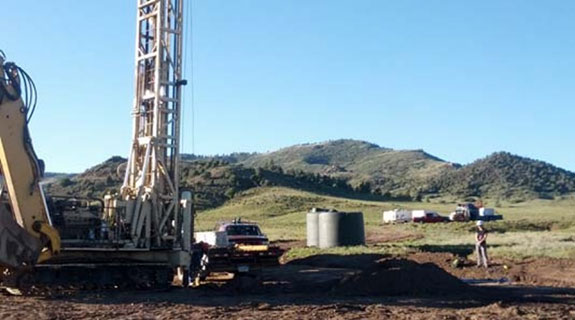 Installation of a water monitoring well at Black Range's Hansen deposit in October 2013.

Black Range Minerals shares closed on a high today on news it had received a takeover proposal from Canadian-based Western Uranium Corporation for all of the company’s shares.

Under the offer, shareholders will receive one Western Uranium share for every 750 Black Range shares.

Western Uranium owns multiple near-term development projects in the US, including the Sunday Mine complex in Colorado, which has a large stockpile of uranium-vanadium ore at surface.

The proposal is subject to a number of terms and conditions, but the board of Black Range has recommended its shareholders accept the offer in the absence of a superior proposal.

“The offer will provide Black Range shareholders with the opportunity to become part of a larger uranium company,” the company said in a statement.

Black Range, a Subiaco-based uranium explorer, owns the Hansen/Taylor Ranch uranium project in Colorado, and holds a 50 per cent interest in the emerging proprietary Ablation technology, which is being developed to reduce the capital and operating cost of recovering uranium from conventional sandstone-hosted uranium deposits.

It also owns the Shootaring Canyon mill in Utah, which it bought from Canadian miner Uranium One for $US8.5 million in October 2013.

Black Range shares surged 33 per cent to 0.4 cents per share at the close of trade.