Bishop to stay on as member for Curtin

Outgoing Foreign Minister Julie Bishop has confirmed she will remain as the member for Curtin despite moving to the backbench following last week’s leadership spill. 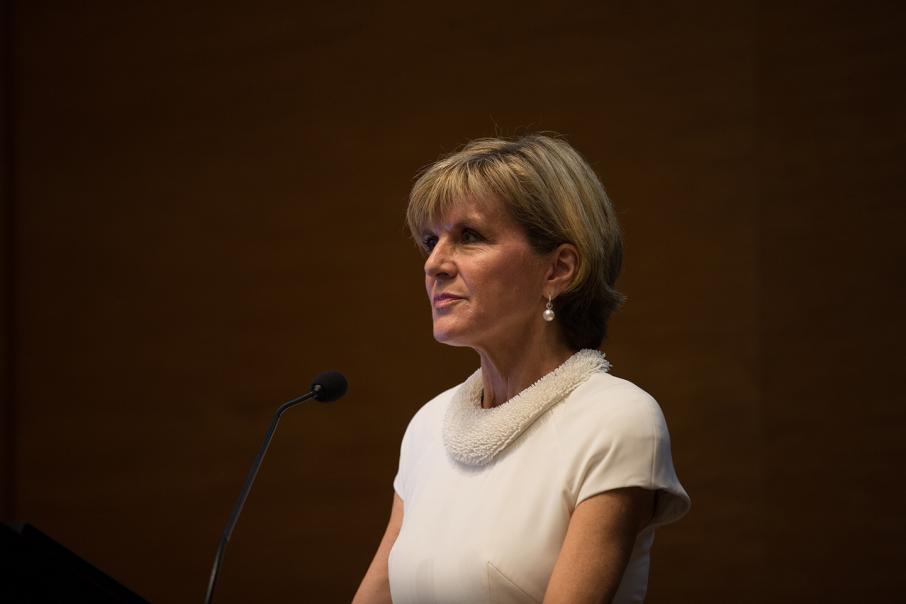 Outgoing Foreign Minister Julie Bishop has confirmed she will remain as the member for Curtin despite moving to the backbench following last week’s leadership spill.

At a press conference in Canberra, the former deputy prime minister said she would stay in parliament, although did not specify a time-frame.

“I will remain as the member for Curtin, as I had the overwhelming support of my constituents,” Ms Bishop said.

“I'm optimistic about my future, whatever it may hold.

“It’s far too early to even contemplate what I might do but I will have plenty of time to reflect on my options and reflect on what has been an extraordinary time.”

Ms Bishop ran for the leadership against new Prime Minister Scott Morrison and Peter Dutton, but was eliminated in the first round of voting.

Ms Bishop thanked her party for the support she had received during her tenure as deputy leader.

“First, I want to say to my Liberal colleagues, thank you for supporting me as the deputy of the party for the past 11 years.”

“The chain of events that unfolded last week was at such a rapid pace that I had to make a number of life-changing decisions without giving them my usual due regard for the consequences.”

“I want to move on from the events of last week,” she said.

“I don’t think that it is going to assist the new government if I pontificate on those issues.”

“He is one of the most substantial public figures of our times,” she said.

“Malcolm and I have been dear friends for almost 30 years.

“We have left the leadership team together and, as closer friends than ever before.”