Bishop tipped to run for PM

There will likely be three contenders to become Prime Minister tomorrow, reportedly including WA’s Julie Bishop, with Malcolm Turnbull preparing to call a second leadership spill. 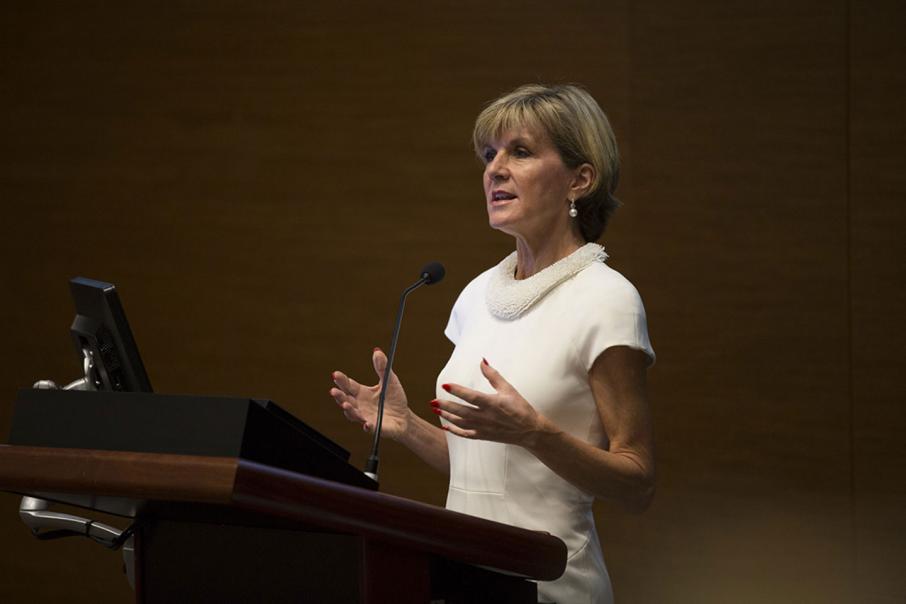 Julie Bishop looks set to run in a three-way battle for the leadership.

There will likely be three contenders to become Prime Minister tomorrow, reportedly including WA’s Julie Bishop, with Malcolm Turnbull preparing to call a second leadership spill.

A Liberal Party meeting to decide the next PM would take place at noon tomorrow, Mr Turnbull has said, if he was given a petition with a majority of signatures from Liberal Party members of parliament, or 43, calling for such a move.

If he received the petition, he said he would call a party room meeting for 12pm on Friday, but he committed he would not stand if a spill motion was carried.

Treasurer Scott Morrison and Ms Bishop are reported to be planning to stand for the leadership against former Home Affairs Minister Peter Dutton.

But a cloud hangs over Mr Dutton's eligibility to continue in parliament, with Mr Turnbull expecting the solicitor general would give advice on that matter by tomorrow morning.

That may fall afoul of section 44 in the constitution, which prevents parliamentarians holding an office of the crown.

At least one prominent barrister, Brett Walker QC, had advised Mr Dutton may have a case to answer in the High Court.

Mr Turnbull said that advice would be crucial moving forward.

“This issue of eligibility is critically important,” Mr turnbull said.

"I cannot underline too much how important it is that anyone who seeks to be prime minister of Australia, is eligible to be a member of parliament.

"Because a minister, let alone a prime minister, who is not eligible to sit in the (House of Representatives) is not capable of validly being a minister or exercising any of the powers of a minister.

"So you can understand how important this issue is. "

He also gave a serve to those behind the insurrection against his leadership, calling on them to be accountable for their actions by putting their names on paper.

It was a minority within the party room, supported by others outside of parliament, Mr Turnbull said, that were bullying backbenchers to support a leadership change.

“It’s been described by many people, including those who cannot resist it as a form of madness,” Mr Turnbull said.

“I’ve never given in to bullies.”

He fought back against suggestions that the change was needed to secure electoral victory.

Internal polling had shown the Coalition ahead of Labor, Mr Turnbull said, while the most recent Newspoll showed just 2 points separating the parties.

“When there has been internal insurrection, our numbers go down... the public hate what is going on at the moment,” he said

“I have done everything I can to keep the Liberal party and indeed the Coalition united.”