Opinion: Julie Bishop’s standing with the electorate and fundraising skills make her a key player at the coming federal poll, but will she stand? 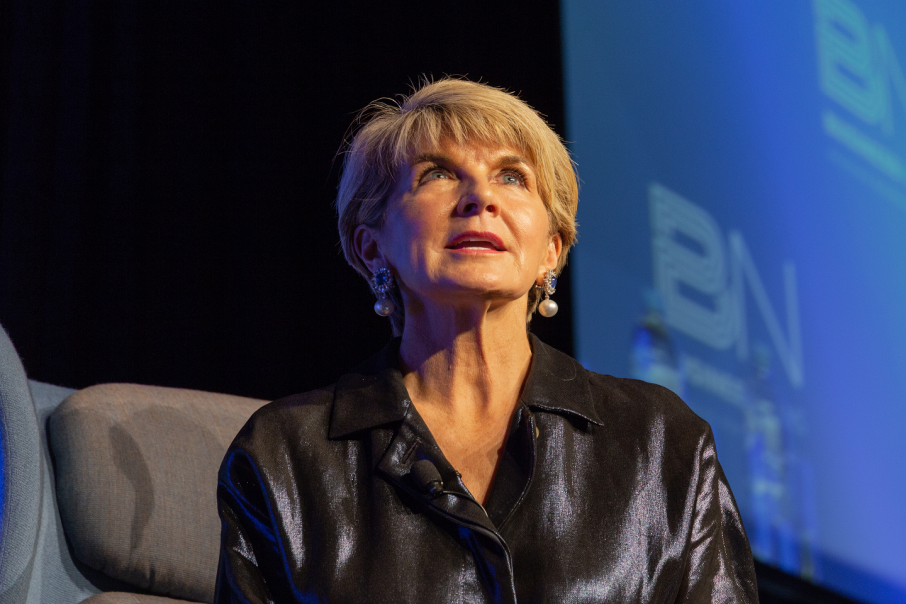 Julie Bishop remains the Liberals’ highest-profile female MP, despite sitting on the backbench.

Opinion: Julie Bishop’s standing with the electorate and fundraising skills make her a key player at the coming federal poll, but will she stand?

Former minister for foreign affairs Julie Bishop has the Liberal Party WA on tenterhooks. Will she, or won’t she, contest her blue ribbon seat of Curtin at the federal election expected in May?

Although now on the backbench, Ms Bishop remains the party’s highest profile female MP. In a party light on for prominent women MPs, that is important. But there’s more.

Ms Bishop is one of the country’s most popular politicians. She built a reputation as a competent ambassador for Australia on the world stage, and her decision to stand down after her failed leadership attempt last August – after which Scott Morrison replaced Malcolm Turnbull as prime minister – weakened the new PM’s cabinet.

Five months after the leadership change, who can name her replacement?

When she addressed a Business News breakfast attended by 750 guests in October, Ms Bishop was not only warmly received, there was a big queue – including many younger women – afterwards to have selfies taken with the obliging MP. She said at the time it was her intention to contest the election for the seat she has held since 1998, but left just enough wriggle room to bow out if circumstances changed.

So why is the WA party nervous about her intentions? The Liberals needs her as a candidate, both for her profile and ability to sell its election policies. She would be an asset campaigning in marginal seats, and the party has plenty of them this time round.

Labor has attacked the Liberals for the relatively low profile of their female MPs, which has not been helped by some bullying allegations; although it must be said, this applies to both sides.

A very practical issue is campaign funding. Ms Bishop has a strong reputation as a successful fundraiser for her party. It’s a great skill, and one that’s crucial in the political process, and many MPs are uncomfortable rattling the can.

But even public funding is not enough to run really effective campaigns. Ms Bishop, and her supporters in Curtin, can do it. Take them out of the equation and the party is hamstrung.

Some of her critics say she has been too intent on having a good time in recent months, citing social page pictures at the polo, attending the wedding in Mexico of former Channel Nine Today show presenter Karl Stefanovic, and leaping off the yacht with the all female crew in the early stages of the Sydney-Hobart race, as examples.

Her supporters would say that mixing with a range of voters is what MPs are supposed to do, and if invited to a wedding, why not attend?

She has also been active on party matters, however. The Liberals have been vulnerable to Labor attacks for failing to promote female candidates, especially for safe seats – and the criticisms are well based. At the federal level, Labor has a number of prominent female MPs starting with deputy leader Tanya Plibersek, and its Senate leader Penny Wong. On the state scene, Labor has women in senior positions such as upper house leader Sue Ellery, and ministers who include Rita Saffioti (transport) and Alannah MacTiernan (regional mevelopment).

Ms Bishop is patron of Emergent Women, a Liberal program designed to initiate women interested in politics and a possible political career, into a better understanding of what such a step involves. There are 40 women in the group, and that number is expected to grow.

The party is keen to avoid bungles of the past, such as when Elizabeth Constable, who had been president of the party’s Fremantle division, was blocked for endorsement for a safe seat in 1991. She was elected as an independent, serving in that role as education minister in the Barnett government’s first term.

There was also the failed attempt to parachute leading businesswomen Kate Lamont into a safe seat for the 2013 state election. While the move acknowledged the paucity of the party’s female representation, its implementation was ham-fisted.

Ms Bishop’s candidacy at the approaching election, combined with her popularity and fundraising capacity, would be an undoubted boost to flagging Liberal morale. That she would be promoting WA colleagues who shunned her in the August leadership ballot adds a touch of irony, but that’s politics.