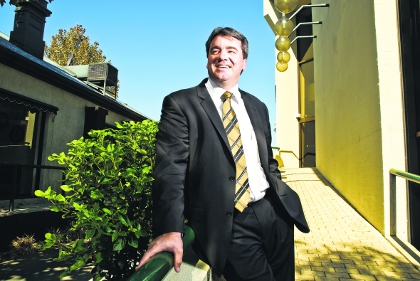 Former WA Liberal leader Matt Birney has gone back to his revhead roots, taking up a general manager position at Automotive Holdings Group.

Mr Birney has extensive experience in the auto parts sector, with his first job being in the parts department at Kalgoorlie's Westland Autos Ford dealership before working for Coventrys for three years.

He also established Goldfields Auto Spares, which he co-owned for 12 years.

“I am delighted to be joining Covs and the wider AHG organisation,” Mr Birney said.

“Covs has more than 400 staff and 27 branches; it is a dynamic company with unlimited potential for growth across the automotive, mining and industrial sectors and I look forward to being part of that growth.”

Mr Birney recently quashed speculation that he could run again for state parliament, possibly picking up the seat of Bateman which Christian Porter is not expected to contest in March in order to run for the federal seat of Pearce.