Fortescue Metals Group has again revised the cost of its Iron Bridge magnetite project in the Pilbara, to as much as $US3.5 billion. 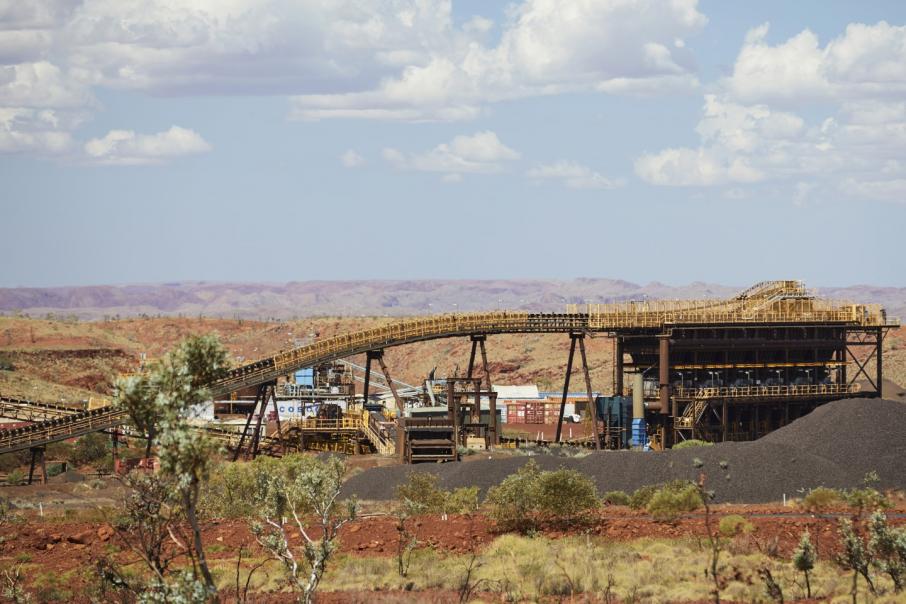 Fortescue Metals Group has again revised the cost of its Iron Bridge magnetite project in the Pilbara, to as much as $US3.5 billion.

The total cost blowout could hit $US900 million, after Fortescue bumped up the capital expenditure estimate for Iron Bridge in February, from $US2.6 billion to $US3 billion.

Fortescue now expects the project will cost between $US3.3 billion and $US3.5 billion.

It attributed the increase to project-specific and market factors impacting materials and installation costs, including inflation, exchange rates, and labour constraints.

The revised cost for Iron Bridge was an outcome of a 12-week technical and commercial review of the project, which confirmed first production in December 2022.

The assessment also validated the design and construction of a 135-kilometre pipeline that will carry magnetite concentrate to Port Hedland, as well as a return water pipeline.

In a teleconference this morning, chief executive Elizabeth Gaines said market conditions had changed since Fortescue announced an investment decision for Iron Bridge in April 2019.

"We've done a very detailed assessment; we've reverted to the original pipeline, that was part of the original design," she said.

"Everything we're doing is in accordance with the original design for the project, but market conditions have changed and so we've had to reassess the capital estimate on that basis."

"Within our existing iron ore operations, this hasn't been a major factor for us; there are some key skills and trades where we've seen very strong demand, but our turnovers remain low and we've gone down the path of autonomy in terms of our haulage fleet, so we don't have the same exposure to the shortage of truck drivers," she said.

"When it comes to major projects like this, it's really our contracting partners who are feeling some of the challenges of labour and resource constraints.

"They're working on a range of initiatives to address that, including making sure they have retention incentives in place."

Iron Bridge is a joint venture between Fortescue subsidiary FMG Iron Bridge (69 per cent) and Formosa Steel (31 per cent).

Fortescue's share in the revised capital costs is expected to be between $US2.5 billion and $US2.7 billion.

"We anticipate strong demand for this high value-in-use product, which will attract a premium to the Platts 65 per cent Fe CFR Index," she said.

"Underpinned by Fortescue's unparalleled track record and capability in safely developing and operating major iron ore projects, Iron Bridge is well positioned to meet demand and deliver strong returns for the joint venture and our stakeholders."