More than $12 billion of mining projects are in the pipeline for WA and likely to proceed, with major iron ore developments the biggest contributor. 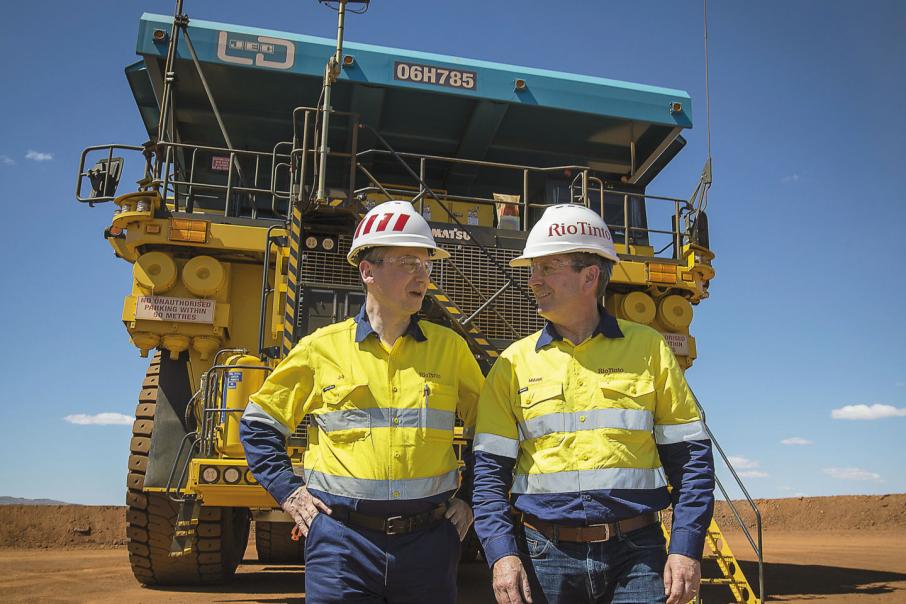 Rio Tinto chief executive Jean-Sebastien Jacques and Mark McGowan at the opening of the Silvergrass iron ore mine.

Rio Tinto’s investment in increasing its rail capacity provides a useful demonstration of the capital needed to sustain and improve major iron ore operations in the Pilbara.

Greater network flexibility, more efficient maintenance cycles and increased use of automation will cost the business $200 million in 2018, according to figures revealed by the company at a recent investor briefing.

Rio reported consistent constraints on its rail operations in 2017, with capacity on that part of its supply chain between 330 and 340 million tonnes per annum, south of the 360mtpa target for the whole network.

The rail productivity program will go a step further with the introduction of ‘sprint capacity’, so extra supply can be brought onto the market quickly for short periods when the iron ore price is high.

The most significant part of the program is Autohaul, which will make train trips autonomous.

Other moves include changes to yard and maintenance schedules through the use of big data.

Rio has reported it would spend about $US1 billion annually on sustaining capital, with the Koodaideri replacement mine to cost $US2.2 billion.

With BHP’s Yandi mine to gradually run out of economic ores by the mid 2020s, the business is expected to make a decision to proceed with the $US3.6 billion ($4.6 billion) South Flank project mid-year.

For Fortescue, the Eliwana project will be next in line, with a final investment decision due at the end of the 2018 financial year.

Those three replacement mines will require a capital investment of nearly $10 billion between them, representing the lion’s share of about $12.5 billion of mining projects Business News’s research suggests are likely to get under way by the end of the decade.

That would add to the list of around $4 billion of investments currently in train. 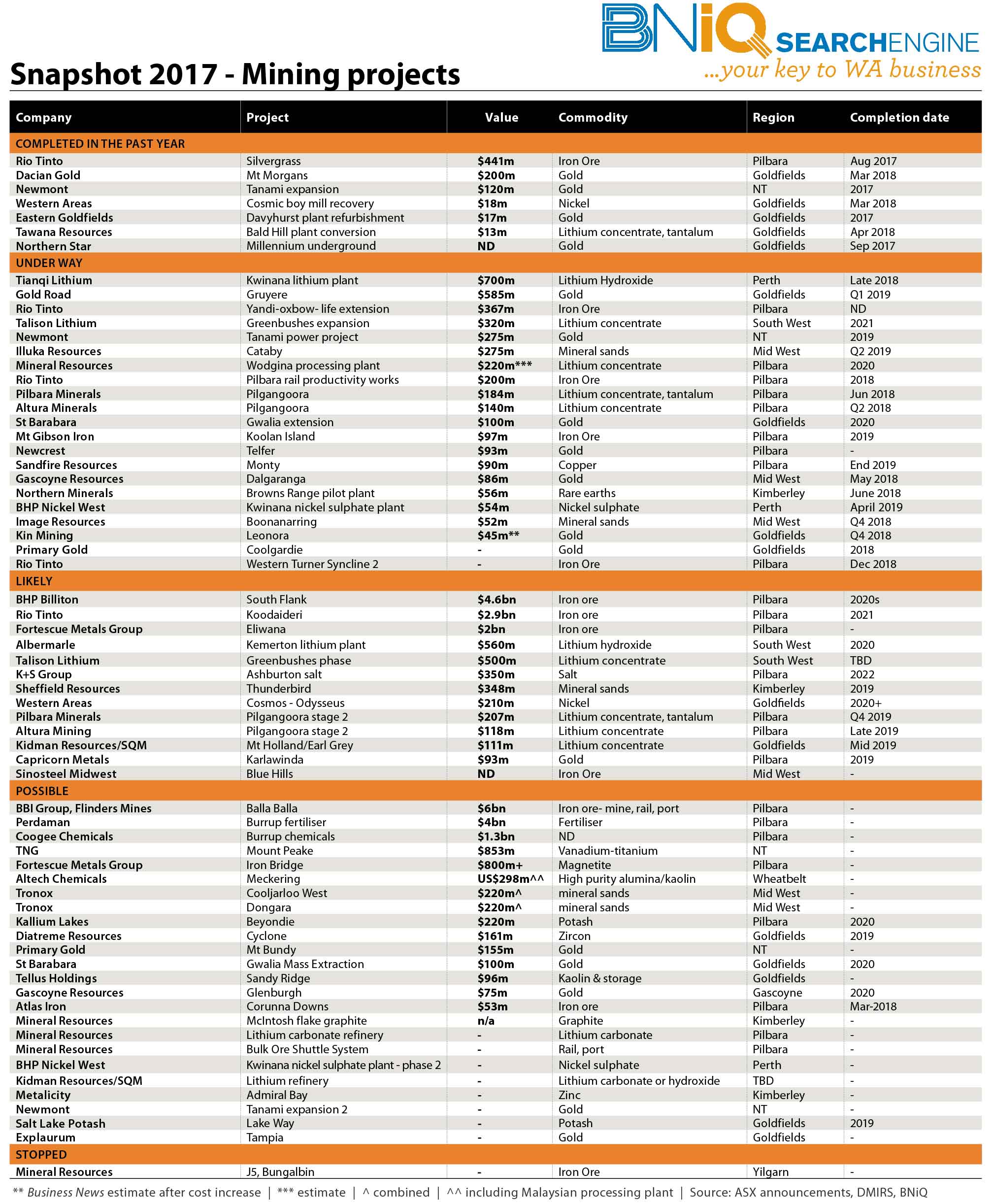 Five lithium projects under way are worth about $1.4 billion, while a further five projects valued at more than $1.3 billion are in the ‘likely’ category.

One commodity to have strengthened its showing on the list of mining projects is mineral sands, with the approval of two projects costing $327 million in the past few months.

Those were the Iluka Resources Cataby mine and Image Resources’ Boonanarring project, while others are potentially on the horizon.

Gold has continued a recent run of strong appearances on the annual projects list, with seven developments under way worth nearly $1.2 billion.

That is up slightly on last year, when gold projects tallied up to around $1 billion.

Two projects have had costs rise, however.

Kin Mining announced a blowout in costs at the Leonora gold project early in April, raising a further $11 million to fund a capital investment it had initially expected would come in at $35 million.

Gold Road Resources suffered an increase in capital costs for the Gruyere project, which Business News had reported last year to be $507 million.

The latest figure was $585 million, at the upper end of the company’s forecast range, after weather delays and flooding affected construction.

Gruyere was 44 per cent built at the end of March.

Capricorn Metals went the other direction, with costs for the Karlawinda gold project falling $27 million to $93 million, it announced last week.

Outside of the Pilbara, iron ore has had a mixed year.

Sinosteel Midwest’s Blue Hills mine in the Mid West got the tick, however.

US-based Cliffs Natural Resources flagged in January that it was likely to end iron ore mining operations at Koolyanobbing, also near Southern Cross, later this year.

Softer prices for lower grade ores had meant the operation was making a loss. 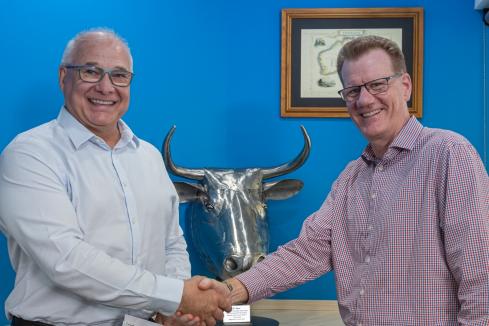