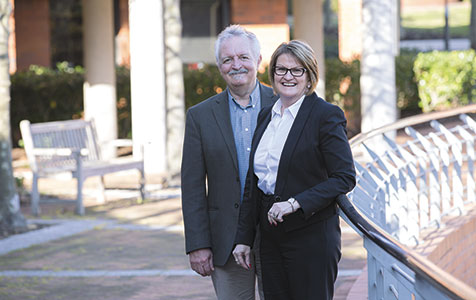 A Curtin University study using vast amounts of data collected from 52,000 students is challenging some long-held assumptions about student retention and education outcomes.

With each student who drops out of Curtin University causing a $50,000 hit to revenue, retaining those students has become central to the university’s strategy.

Late last year Curtin launched a project, using data-proven evidence rather than anecdotal assumptions, to learn more about its students and discover how to prevent them leaving before they graduated.

Deputy vice-chancellor of education Jill Downie said this in itself was a significant shift in retention strategies.

“In higher education most of the retention strategies put in place seem like really good ideas and are based on anecdotal evidence,” Professor Downie said.

“There are some very simple strategies that most universities use in following up with students who they perceive to be at risk because they haven’t engaged with the university.

“That’s important, but what we wanted to find out were much deeper levels of understanding about our students so that we could put in place retention strategies that were much broader and deeper.

“We’re actually now basing our decisions on evidence, not on what we think we know.”

The project involved collating data from ten of the universities databases and analysing trends.

With the help of Deloitte, the records of 52,000 students over four years were integrated, which provided 1,300 different variables per student.

The result was a complex database with 67.6 million different points of data, which the analysis team had used to figure out different situations and characteristics that put students at risk of leaving before completing their degree.

“It’s not as simple as saying if you don’t submit your first assignment – that’s the indicator,” Professor Downie said.

“There are lots of indicators, and it’s about this database being able to tap into that and give us a lot more information about the students.”

Also part of the project team, David Gibson said the project gave empirical evidence to either prove or disprove some long-held assumptions.

“Some of those assumptions were things like kids from the rural areas having a harder time, so we bring our biases to hypothesis,” Associate Professor Gibson said.

As a result of the data the university has started to implement strategies to prevent or improve certain situations.

For example, the project validated the assumption that students were more likely to drop out if they started to fail papers and lost their ‘good standing’ title.

Curtin has subsequently introduced a specific area on its website that coaches students how to return to their good standing status.

The success of that strategy and others also implemented will be assessed over the next six months.

Professor Downie said the university as a whole had been enthusiastic about the learning analytics project, as it was core to its overall strategy of personalising education to bring better educational results.

Collating all the information would also help Curtin understand more about what students wanted from the university, so education could be tailored to their needs.

“The other goals are things like their aspirations, why they came to study here, what they want out of their life, how we’re helping them now, what are the options they have in front of them at any point and time,” Associate Professor Gibson said.

“How do we help them of their life path as they’re on it rather than wait for it to be accidental or for them to figure it out for themselves.”