Big retailers will be hoping the federal government puts most recommendations from the recent competition policy report in the too-hard basket. 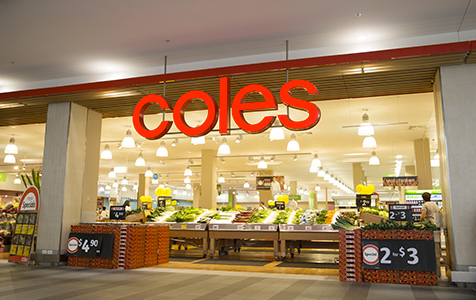 CLOSED SHOP: Coles and its main rival, Woolworths, have launched an early counter-offensive against changes to competition policy.

Big retailers will be hoping the federal government puts most recommendations from the recent competition policy report in the too-hard basket.

Apart from a pointless conversation about football there is nothing as boring as a discussion about competition law, despite its far-reaching effects on business and the potential for radical changes such as those recommended in the Harper review.

If implemented, the 56 proposals from economist Ian Harper and his committee, which looked at competition law, could change the way every Australian business operates – and that’s probably why they are likely to fail.

Reaction to the release of the final Harper report just before Easter was a measure of the document’s heavy-duty nature; there was little reaction because so few people understood it.

However if only a few of Professor Harper’s suggestions are enacted, business could be in for an interesting time; especially any big business that dominates its market, which especially means the two major supermarket chains – Coles and Woolworths.

What Australia’s major retailers most fear is a subtle change to the wording of laws governing misuse of market power – a topic close to the heart of every small business that has struggled to compete against the big two.

Food, liquor and hardware are three areas where small retailers have been pushed aside by the marketing and pricing power of Coles and Woolworths.

There are other recommendations in the Harper report that could have specific application in Western Australia, such as retail trading hours, local zoning and liquor trading, but the one that has Coles and Woolworths starting a counter-offensive before the federal government even has a chance to digest what it all means is the so-called ‘effects test’.

As the law now stands, a complainant has to demonstrate that a bigger rival used its power “with the purpose” of causing damage rather than the problem simply being that big companies often have lower average costs because they sell more and can themselves buy cheaper.

The Harper proposal widens the anti-competitive test by inserting the words “effect, or likely effect” of substantially lessening competition.

In other words, Professor Harper removes the need to prove the purpose of anti-competitive behaviour and simply demonstrate that it is having that effect, or likely effect.

There was a sharp reaction from Coles and Woolworths when the idea was first raised in a set of early recommendations from the Harper committee, because executives in those firms understood the dramatic increase in power for small rivals should they lodge a claim of anti-competitive behaviour.

The big two supermarket operators argue that the introduction of an “effects” test would stifle competition and would lead to consumers facing higher grocery costs because of the increased regulatory burden.

A louder reaction can be expected if the federal government shows an inclination to accept the recommendation of an effects test with Wesfarmers chief executive of and the ultimate boss of Coles, Richard Goyder, saying that there is no compelling evidence of a deficiency in the current law.

The problem for Wesfarmers and Woolworths is that both organisations have been frequent targets of complaints about anti-competitive behaviour, with Wesfarmers (via Coles) forced to change the way it deals with suppliers after a Federal Court found the firm guilty of serious, deliberate and repeated misconduct.

The timing of that case reignited claims that Coles and Woolworths act as supermarket bullies; and whether the tag is fair, or not, it’s the sort of catchy allegation that sticks when a business has a big share of any market.

What happens next with the Harper report is uncertain, but it seems unlikely that the federal government wants a fight over competition law at a time when it is struggling to pass any laws in through the Senate.

That could mean all of the wide-ranging recommendations sink without trace, or that a few are cherry-picked so the government can claim it’s not ignoring the report from one of its own committees.

For WA, the suggested changes in the report that could generate as much heat as the effects test include:

• lifting some planning and zoning recommendations, which could benefit retailers;

• deregulating pharmacy licensing to allow prescribed drugs to be sold in supermarkets;

• the abolition of remaining retail shopping hours, such as those that annoy many people in WA; and

• deregulation of liquor retailing so alcoholic drinks can be sold in supermarkets.

For Coles and Woolworths the pharmacy, liquor retailing and zoning changes appear to be in their favour.

But whether gains in those areas offset the potentially serious negative implications of increased allegations of anti-competitive behaviour using an “effects” test will be interesting to watch.

THE threat of a competition law inquiry is not currently a problem for Australia’s big two iron ore miners, BHP Billiton and Rio Tinto, despite their market-flooding tactic, because most of their material is exported.

But killing the iron ore market with excess production looks like starting an international investor revolt.

A series of recent comments from powerful people has the potential to do what local criticism has failed to do, with a former chief executive of BHP Billiton and one of Australia’s top economists effectively describing continued iron ore expansion as daft.

Brian Gilbertson, a short-lived boss of BHP Billiton, described overproduction of iron ore as an extraordinarily expensive exercise to shareholders in BHP Billiton and Rio Tinto

However the observations that carry the most weight are those from Ross Garnaut, who is tipping a 25 per cent fall in Chinese steel production over the next 10 years.

It can be easy to dismiss some academics as being out of touch with market realities, but that’s not the case with Professor Garnaut; and when his views are added to those of people such as Mr Glasenberg, Mr Forrest, and WA Premier Colin Barnett, it helps tilt the scales against the market-flooding policy.

WA wheat farmers will be celebrating what seems to be an early start to winter, which should complement the benefits of a falling dollar as an aid to exports.

In China, however, there is an ill wind blowing in the form a record boost to that country’s corn inventory; and while different to wheat, a big boost to any form of grain flows through the wider marketing system, which could point to price pressure later this year.