From mining to retail and everything in between, it seems bigger is better – particularly when the going gets tough. 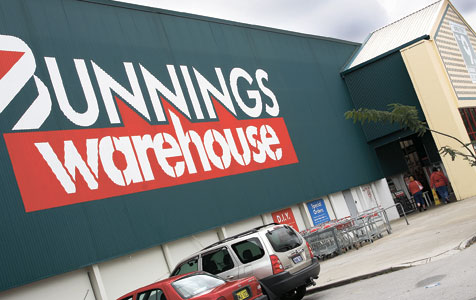 Western Australia’s post-boom economic headache was briefly forgotten last week when Rio Tinto reported a better than expected half-year profit – but by next week it will be clear the good news is largely confined to big companies, as small businesses continue to struggle.

The gap between big and small is particularly wide in the iron ore industry, where economies of scale are a potent advantage for major producers able to enjoy the benefits of reduced costs and rising tonnage – the twin ingredients of increased productivity.

BHP Billiton is expected to follow Rio Tinto on Tuesday (August 19) when it reports its annual profit, and confirms that iron ore remains its most important mining division, with higher tonnages and lower costs cancelling out the effects of falling prices.

The same picture of big getting bigger and small being squeezed should come through a day later (August 20), when Wesfarmers files its annual profit result, a statement likely to be dominated by reasonable news from its retailing operations, and held back by its exposure to coal mining.

Because most of its operating assets are no longer in WA, the Wesfarmers profit will be more of a national comment on the big versus small situation with the Coles, Bunnings, Kmart, Target and Officeworks units expected to report strong trading profits thanks to the group’s ability to squeeze discounts out of suppliers and then use that buying power to make life difficult for small rivals.

Despite its buying power and huge market share in the retail sector, most investment bank analysts have become impatient with Wesfarmers and, as was pointed out in this column a few weeks ago, most have the stock as a ‘sell’, or ‘neutral’ at best, despite the prospect of an 8 per cent increase in profit after non-trading items are left out of the equation.

Coal prices worry some analysts when it comes to Wesfarmers; tight retail margins worry others. But, whatever the result there is no doubt that, as a group with exposure to a diversified range of business units, Wesfarmers is trading more comfortably than most small rivals focused on a single area.

Iron ore provides the perfect WA-specific illustration of how big companies are able to crush smaller, higher-cost rivals during a period of slower growth and declining prices.

What both Rio Tinto and BHP Billiton are doing is capitalising on the cost advantage they have always had over their rivals, with the only problem until now being that the competition was able to prosper thanks to the effect of high commodity prices.

With the price-boost largely removed, the game today is all about costs and operating efficiencies; and in any industry, from mining to retailing, that’s when small operators risk being crushed by giants fighting over market share.

Rio Tinto dramatically demonstrated the big/small gap when it reported a 10 per cent increase in profits from iron ore despite a significant fall in the price during the first six months of the year.

The higher profit came from a combination of increased production and lower costs, after which Rio Tinto’s all-in cost per tonne dropped to around $US40, close to half the all-in costs of smaller rivals which do not have access to highly efficient railway, port and ore blending capacity that always delivers a product to customer specifications.

At the other end of the industry there was a discernible increase in pain, with Gindalbie Metals forced to wear a $640 million write-down in the value of its stake in the Karara project, while BC Iron agreed to pay a whopping 79 per cent price premium to ‘merge’ with Iron Ore Holdings as it pursues essential economies of scale and greater productivity at a time of low iron ore prices.

For the biggest iron ore producers, and that includes Fortescue Metals Group and Hancock Prospecting, which also have unconstrained access to efficient rail and port services, the outlook is for (tolerable) tighter profit margins.

The outlook is for even tighter for smaller producers’ profit margins, as they scurry to secure sales contracts and are forced to ensure discounts demanded by their customers – or risk losing sales to the bigger, cheaper and more aggressive major miners.

In tough times, big and diversified beats small and specialised every time – from mining to retail, and everything in between.

ANOTHER industry heading into tougher times, assuming interest rates eventually rise to their long-term average, is the collectibles business – a category that includes everything from art to diamonds and wine.

The problem with such an exotic asset class is two-fold. Firstly, there is the crackdown in Australia by the Australian Taxation Office, which has introduced draconian new rules about superannuation funds owning art works and other collectibles.

Those rules include a separate insurance policy for each collectible owned by the fund and a stipulation that the items have to be stored out of sight, which generally means not on the premises of anyone associated with the fund.

However the real problem is that collectibles are, in general, a lousy investment. For instance a recent European study found that items such as stamps, diamonds and wine generated returns of between 2.4 per cent and 2.8 per cent a year (as measured over a 112-year period between 1900 and 2012), whereas shares averaged 5.2 per cent annually, roughly double the return on collectibles.

But it gets worse (and this is something the art world will hate); the study by a researcher from the London School of Economics and HEC Paris (Ecole des Hautes Etudes Commerciales de Paris) found that auction fees and dealer mark-ups add 25 per cent to the cost, meaning that on average it takes at least four years of capital appreciation to offset the sales cost.

SOMEONE at the New Zealand Stock Exchange has shown a devilish sense of humour by allocating the code DIL to Diligent Board Member Services, a company that provides business advisory services to senior executives and board members.

AS a final thought, no-one can ever accuse the team of resources analysts at Macquarie Bank of lacking optimism, with all 15 companies reviewed after this year’s Diggers & Dealers forum in Kalgoorlie being award an ‘outperform’ rating – or was the August 8 ‘buy everything’ note simply a misprint?