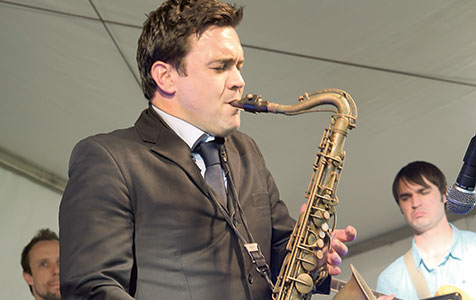 After a number of years in the wilderness, Perth jazz lovers turned out in their thousands for the inaugural running of the Perth International Jazz Festival.

The three-day festival attracted a total of  13,500 jazz afficionados, 8,500 of whom attended the free events, while the ticketed events reached 98 per cent capacity.

There are currently 35 jazz festivals that run throughout the year across the country, but Western Australia hasn't featured on the festival calendar for a number of years.

PIJF artistic director Graham Wood said the lack of a jazz festival in WA is what motivated him to develop the event.

"Perth is known throughout Australia as a source of highly talented jazz players, but had no dedicated event to celebrate this talent and art form," Mr Wood told Business News.

"The Perth jazz scene has always been strong, but needed some better infrastructure around clubs, festivals and radio."

The last jazz festival of note in WA was the York Soul and Jazz Festival, which was discontinued several years ago.

Mr Wood said the high costs associated with travelling out to York, accommodation costs and the like were partly behind the demise of the event.

Mr Wood said the seven central locations in the heart of the city hosted performances for the PIJF, with four of the venues offering free performances.

"Many Perth people simply do not have the means to attend the ticketed events," Mr Wood said.

Among the 35 acts that performed were major artists Joe Lovano, Katie Noonan and Vince Jones.

"The artists contacted responded without exception [and] with enthusiasm, quite excited at the prospect of visiting Perth, which has built up a reputation of being a vibrant city with a great climate," Mr Wood said.

Mr Wood is the program director for music at the Western Australian Academy of Performing Arts and is also the co-founder of the jazz-focused club The Ellington, which opened in March 2009.

After a successful first year, Mr Wood hopes the festival will become an annual cultural event.