Business News has tracked dramatic changes in the ranking of WA’s largest goldminers over more than a decade. 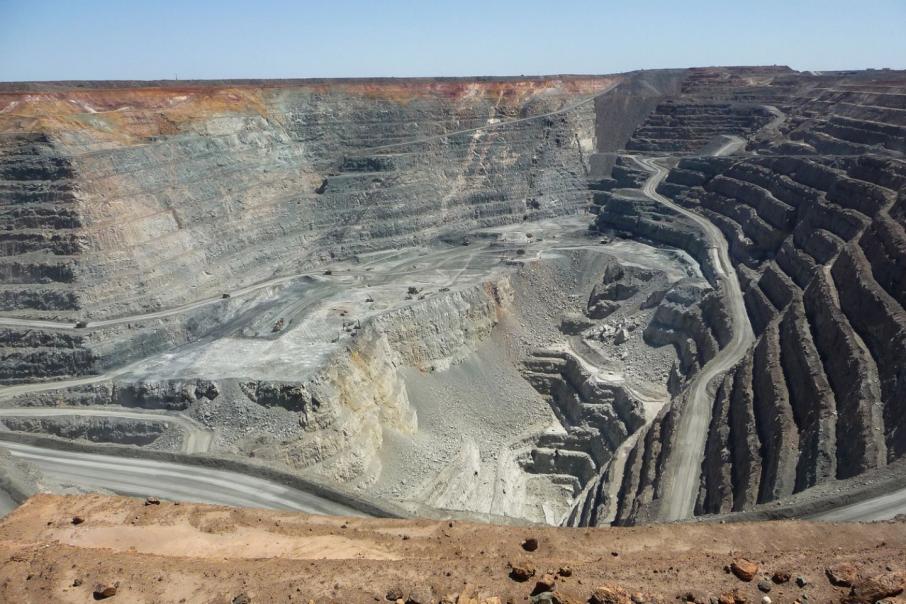 The Super Pit has helped propel Northern Star Resources to one of the state's largest producers. Photo: Business News

NORTHERN Star Resources has undergone a remarkable journey during the past decade, from fledgling goldminer to being the largest producer in Western Australia.

Having gained that mantle in 2021, the Perth-based miner has outlined a series of growth plans that will likely keep it at the top for years to come.

But if history is any guide, the ranking of WA’s largest goldminers is bound to change again in coming years.

Since Business News started tracking the production volumes of each goldminer in WA, four different companies have topped the list. 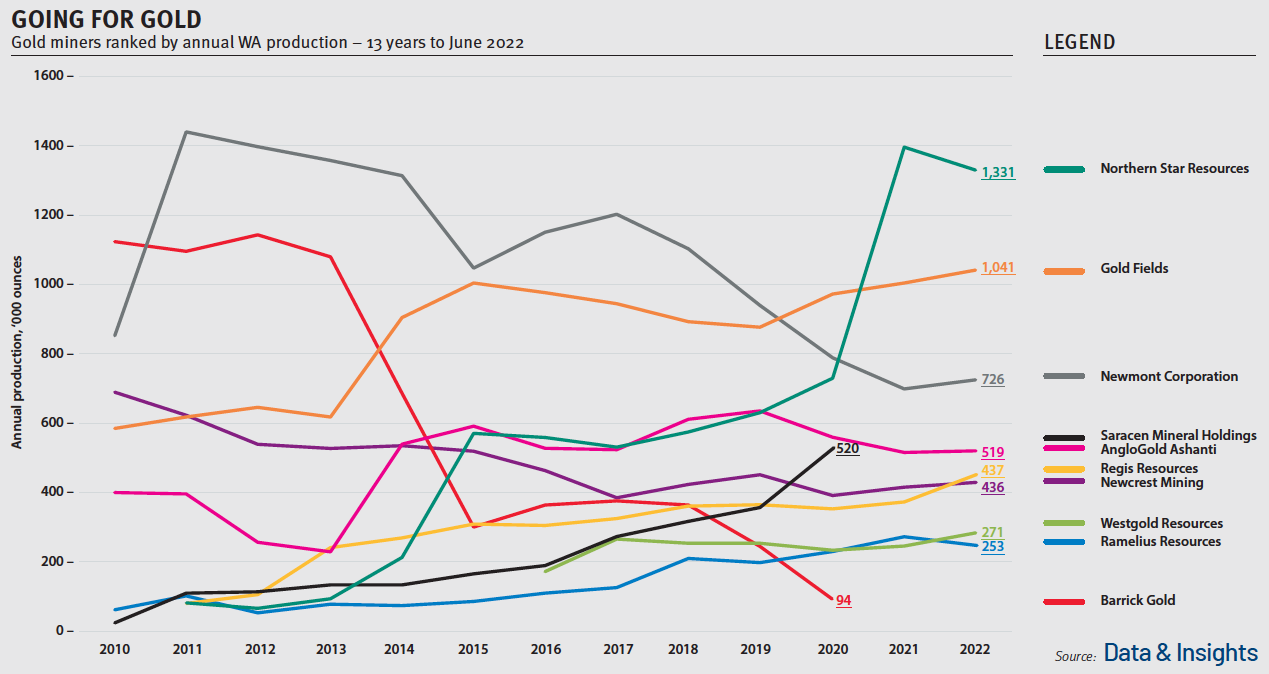 Canada-based Barrick Gold topped the inaugural ranking in the year to June 2010, when it had production of about 1.1 million ounces from its portfolio of tier one assets in WA.

Barrick was overtaken one year later by US company Newmont Corporation, following the reopening and ramp-up of production at the giant Boddington gold mine in the South West.

Newmont’s annual production jumped to 1.4 million ounces in the year to June 2011, making it by far the largest producer in WA.

It was never able to top its 2011 output yet remained the state’s largest producer for the better part of a decade.

The ranking changed again in 2020, when South Africa’s Gold Fields became the largest goldminer in WA with production of 973,000 ounces.

Gold Fields substantially increased its WA presence in 2013 when it bought the Darlot, Granny Smith and Agnew mines from Barrick.

That was in addition to its St Ives mine. Gold Fields’ production profile gained another bump after the commissioning of its half-owned Gruyere mine in 2019.

Gold Fields has proceeded to increase production each year, topping more than 1 million ounces in each of the past two years.

However, it has been leapfrogged by Northern Star, courtesy of the takeover of Saracen Mineral Holdings.

That deal gave Northern Star full ownership of Kalgoorlie’s Super Pit, which for many years had been jointly owned by Barrick and Newmont.

Northern Star’s gold production in WA nearly doubled to about 1.4 million ounces in the year to June 2021 and has stayed around that level over the past 12 months.

That’s a far cry from the 67,000 ounces Northern Star produced at its Paulsen’s mine in the Pilbara a decade earlier, when Barrick and Newmont were the two biggest players in the sector.

Northern Star is aiming to substantially increase its total production to 2 million ounces by 2026.

The company is also seeking to lift production from its Pogo project in Alaska, which is not included in Business News’ WA-focused database.

Northern Star is aiming to lift Super Pit production from about 490,000 ounces last year to 650,000 ounces.

In addition, the company is evaluating further investments that could add a further 200,000 ounces to annual production.

The miner last month announced it was evaluating three expansion options for the KCGM mill, with estimated costs ranging from $440 million to $1.4 billion.

“We will now embark on the final study phase to optimise the best pathway to generate superior returns for shareholders,” he said.

Mr Tonkin said there was no guarantee Northern Star would proceed with any of the growth scenarios.

“We will not grow for growth’s sake but remain focused on the disciplined and transparent allocation of capital and a strong balance sheet,” he said.

“While we are confident and well-positioned to pursue a mill expansion at KCGM, given access to a highly skilled workforce and our recent major project experience, maintaining the current 13 million tonnes per annum milling capacity is an option that remains firmly on the table.”

If Northern Star does opt for a mill expansion, the Super Pit would overtake Newmont’s Boddington gold mine as Australia’s largest.

The movements among WA’s mid-tier gold producers have not been as dramatic as those at the top of the WA list.

AngloGold Ashanti, which operates the Sunshine Dam and Tropicana mines, has consistently been one of WA’s largest gold producers, with output last year of about 519,000 ounces.

Newcrest Mining has been another consistently large producer and is eyeing its Haverion project in the Pilbara to maintain that track record, as its Telfer mine nears the end of its economic life.

Regis Resources could jump ahead of Newcrest, depending on final production figures for the June quarter.

Regis has lifted its production profile through last year’s purchase of a 30 per cent stake in the Tropicana joint venture, though the deal has done nothing to halt a grim two-year slide in the company’s share price.

A cluster of companies–Ramelius Resources, Westgold Resources and Silver Lake Resources–each have production around 250,000 ounces.

Like many in the industry, they have been adversely affected by COVID restrictions and staffing disruption.

Westgold, for instance, lost the equivalent of 320 shifts in February and March and cut its gold production as a result.

Silver Lake Resources withdrew its June quarter guidance, saying it was impossible to give guidance with “an acceptable level of confidence”.

Some of the big players, including Gold Fields and Newmont, also disclosed COVID-related disruptions.

The ranking of mid-tier producers is likely to change substantially if Genesis Minerals boss Raleigh Finlayson succeeds with his Leonora consolidation plan.

Genesis has struck a friendly merger deal with Dacian Gold, which lost investor support after hitting operational issues at its Mt Morgans mine.

Genesis is aiming to use the Mr Morgans mill to support development of its Ulysses project, with a capex saving of about $150 million compared to a stand-alone project.

Genesis is also in discussions with St Barbara, which is weighing up a potential $140 million investment in its Gwalia mine, in the same region.

There is no guarantee of a deal with St Barbara, but if Mr Finlayson succeeds, he would rapidly start to rebuild a similar production profile to what he achieved at his former company, Saracen Mineral Holdings.