The man leading efforts to rebuild Christchurch after the 2011 earthquake told Business News the aftershocks that continued for more than a year were a real barrier to re-establishing confidence among those planning the city’s future. 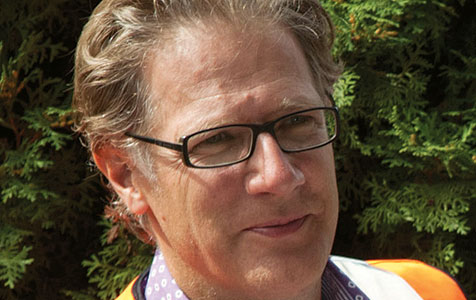 The man leading efforts to rebuild Christchurch after the 2011 earthquake told Business News the aftershocks that continued for more than a year were a real barrier to re-establishing confidence among those planning the city’s future.

“If you’re sitting in a board room talking about new investment and how fantastic the city is going to be and then the room starts shaking and everybody ends up under the table looking at each other wondering when the shaking’s going to stop, it’s quite hard to persuade people to start building things,” Canterbury Earthquake Recovery Authority chief executive Roger Sutton said.

Mr Sutton will be among the guests at the Disrupted Festival of Ideas next week, and gave Business News an insight into how New Zealand was rebuilding its second largest city and what Perth could learn from the experience.

“The value of the damage is $NZ40 billion, which is 20 per cent of the country’s GDP,” Mr Sutton said.

Despite numerous challenges, rebuilding efforts so far have recreated a new smaller and greener CBD and a three-fold leap in construction has enticed workers from across the world and driven down unemployment.

Mr Sutton said while some had said the scale of the damage meant it was unlikely the city would come back, those naysayers had been proved wrong.

He said the city had been resilient because generous insurance policies had provided capital to start again, people had moved their offices out to the suburbs and Christchurch’s surrounding rural economy, largely based on agriculture, had continued to thrive.

However, Christchurch’s swampy land had required inventive engineering and some open-ended insurance policies had caused stress for home owners working with insurers to determine rebuilding requirements.

Thousands of irrevocably damaged homes were in an area deemed too dangerous to rebuild, which had constrained the property market and contributed to pushing up house values.

Meanwhile, people from all parts of the world have descended on Christchurch to work on the construction projects.

The latest figures show one in eight people in Christchurch works in the construction industry, up nearly 60 per cent since 2006.

While some people left after the earthquake, many of Christchurch’s various industries such as electronics and software weren’t overly affected, and the influx of construction workers and others has contributed to a bigger population now than in 2011.

“There are the town planners, and then there are the hair dressers, tattooists and everybody else who comes with construction workers. The overall economy is growing almost at China-like speeds at the moment,” Mr Sutton said.

“While the central city is still being repaired, there’s still a feel of energy and momentum because there are new people in the town who are excited about the stuff that’s going up.”

The residents who lived through the quake were integral to the rebuilding process, Mr Sutton said.

Through a process of community engagement, the city received 100,000 different ideas when it asked people what they wanted their city to look like.

Through further consultation with local and international experts, Christchurch began redesigning the city, this time with a CBD over 43 hectares compared with 92ha previously.

This compact approach was partly driven by a desire to make the centre more walkable.

Then began the process of picking anchor projects such as a new stadium, swimming pool, convention centre and bus station, and working out how best to plan for the rest.

Mr Sutton said key to this was having local institutions that understood how communities operated, and that wanted to work with planners.

Meanwhile, the government in Christchurch has been re-elected twice since the earthquakes.

Mr Sutton said if Perth was interested in Christchurch’s rebuilding lessons it should consider how it could maintain its productive sector, and use the best local and international organisations when planning new infrastructure.

He also said it was important to be ambitious and to drive a schedule so people could see tangible process in a reasonable time frame.

“There is always the possibility it could happen again but we also know the city has been really well tested.”