Western Australia’s biggest builders are facing higher insurance costs, in some cases understood to be as high as 25 per cent more, as the Building Commission moves to reduce the reliance on taxpayers to foot the bill for failures in the sector. 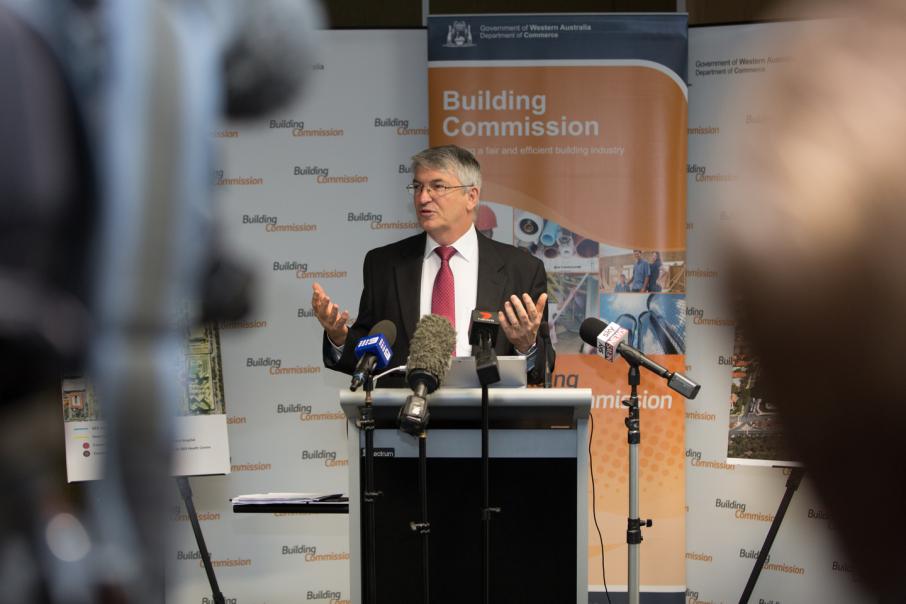 Western Australia’s biggest builders are facing higher insurance costs, in some cases understood to be as high as 25 per cent more, as the Building Commission moves to reduce the reliance on taxpayers to foot the bill for failures in the sector.

The Building Commission today announced large volume and multi-unit project builders would have to pay premium increases for home indemnity insurance from October 2.

The amount of the premium increase will vary across builders, depending on an assessed degree of risk, the Building Commission said.

Home indemnity insurance is required in WA for all building jobs worth more than $20,000.

It acts as a last resort insurance to protect owners from financial loss if a builder collapses, or if work is faulty or unsatisfactory due to death, disappearance or insolvency.

Under the current home indemnity insurance regime, some small builders had been forced to pay up to $5,000 more than large-volume builders for insurance on a home worth $300,000 to $350,000.

The rationale behind the differing premiums was that a large builder, such as BGC or ABN Group, had a significantly reduced risk profile compared to a small operator.

But a string of high-profile collapses in the building industry has heaped pressure on the home indemnity insurance scheme, which is underwritten by the state government.

Of that $74 million, more than $16 million in claims were made in relation to the collapse of Capital Works Constructions, which was building 229 houses when it went bust in 2015.

The collapse of another prominent builder, Builton Group, in January this year, is expected to exacerbate that budgetary pressure.

At the end of January this year, the balance of the home indemnity insurance premium pool was $16 million, and prior to the Builton collapse, budget estimates forecast expenses for 2016-17 to be $18.5 million.

Building Commissioner Peter Gow said the changes to the scheme were designed ensure the scheme was fair and sustainable.

“These changes better align risks and premiums, while supporting fair and reasonable premiums across the industry,” Mr Gow said.

However, a building industry source said the premium increases were manifestly unfair, and would essentially make the state’s larger building companies foot the bill for the collapse of smaller, less reputable operators.

“In any other industry, this would be a violation of Australian consumer law – it is equivalent to price fixing,” the source said.

Mr McLean said it was his understanding that multi-unit builders were facing 25 per cent cost increases for home indemnity insurance premiums from October 2.

“Initiatives to create more equitable and fairer premiums are welcome, but additional reforms will be needed to attract more underwriters and competition to this specialist market,” Mr McLean said.

“Strategies to reduce builders going broke and therefore reducing the call on HII is our preferred option.

“It is a difficult economic market and every report of a builder going broke tarnishes our industry’s reputation and undermines consumer confidence.

“With a newly elected Labor government which has generated momentum for change to strengthen our economy, now would be a great time to tackle the problems of HII head on.”

"Premiums should reflect a risk based approach, considering the financial strength, capitalisation and risk of the individual builder. Builders who reflect a strong financial position should not be punished for being successful and commercially sound," Mr Gelavis said.

"The state government, which underwrites home indemnity insurance in Western Australia, must consider all viable options at its disposal to move the significant insurance risk off the books of the Government and into the hands of the private sector, especially considering the position of state finances.

"HIA looks forward to working with the government in this pursuit and in turn allowing private insurers back into the market and creating higher levels of competition, providing stability to the market in Western Australia."