The international owners of Cobham Aviation Services, which is one of the major players in the FIFO charter market in WA, have announced a strategic review that could lead to new ownership. 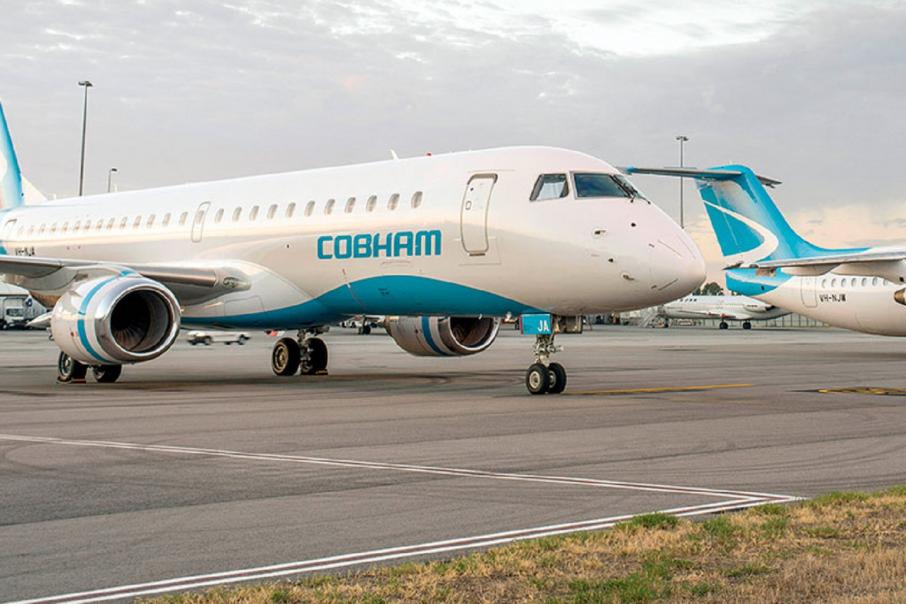 The international owners of Cobham Aviation Services, which is one of the major players in the fly-in, fly-out charter market in Western Australia, have announced a strategic review that could lead to new ownership.

The announcement was made by Cobham plc chief executive David Lockwood, who said the review would decide how best to optimise value in the interests of the company and its stakeholders.

It came on the same day that the directors of Cobham plc, which is a major international defence and technology business, said they would recommend a $4 billion takeover of their company by private equity group Advent International Corporation.

In the FIFO segment, its customers include Chevron as well as mining companies Karara Mining, Gold Fields (Granny Smith mine), Northern Star Resources (Jundee), Glencore (Murrin Murrin) and Independence Group (Nova), among others.

It has also been contracted since 1991 by Qantas to fly both freight and 717 passenger aircraft, including many services to the Pilbara.

Cobham's own fleet comprises nearly 30 aircraft and it operates a total of 50 aircraft.

The strategic review has been announced just days before Cobham takes delivery of its first Bombardier Q400 jet in Perth next week.

In a video message to staff, Cobham Aviation chief executive Ryan Both said this would bring a game-changing modern aircraft to the FIFO sector.

“As a progressive and innovative organisation it’s not surprising that we are taking stock and reviewing where we’re at,” he said.

“Modern aircraft like the Q400 and the recently introduced Embraer 190 are expensive.

“They are transforming our business but we need more capital to drive our growth so we can realise our full potential.”

The future ownership of Cobham is likely to attract keen interest from the Australian Competition and Consumer Competition.

It is currently conducting a review of Qantas’ purchase of a 19.9 per cent stake in ASX-listed Alliance Aviation Services, which is also a major player in the FIFO sector.

Qantas has stated that it wants to move to 100 per cent of Alliance.

“Qantas expects to ultimately seek regulatory approval from the ACCC to build on its current shareholding, with a longer-term view of taking a majority position in Alliance Airlines in order to better serve the charter market by unlocking synergies,” it said in a statement in February.

The ACCC has also previously scrutinised a partnership between Virgin Australia and Alliance Aviation, which was designed to make them more competitive in the FIFO sector.