A contentious development site will be the centrepiece of the 2021 Fremantle Biennale. 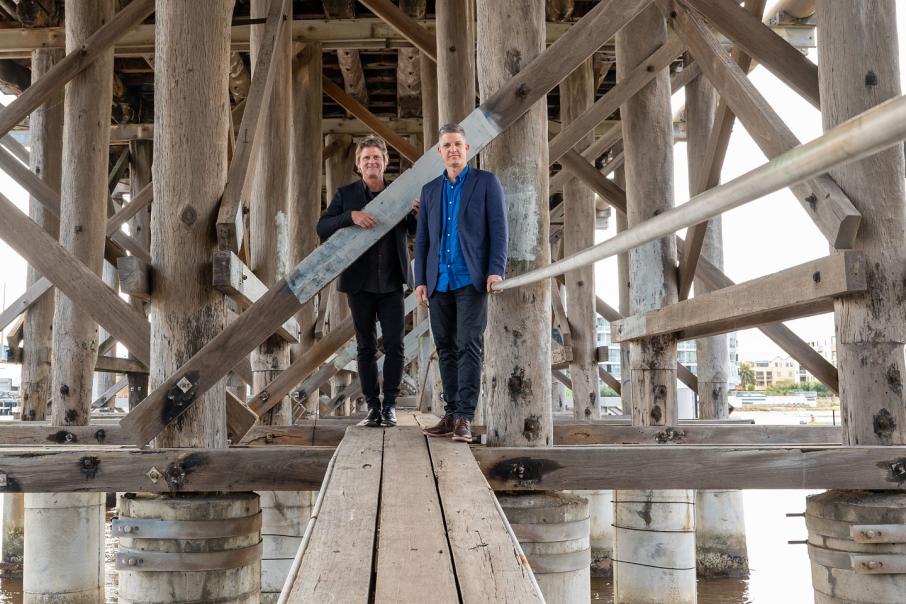 The Fremantle Traffic Bridge will play a major role in this year’s Fremantle Biennale, the third iteration of the port city’s renowned art exhibition.

Intended only as a temporary structure, the bridge has been in operation since 1939, and Main Roads has determined it needs replacing.

The recently announced plan involves construction of a new bridge in between the Fremantle Traffic Bridge and the existing rail bridge in 2022.

The proposal is contentious, however, with a community group, which includes former Labor premier Carmen Lawrence, campaigning for the bridge to be kept and turned into a pedestrian bridge.

Plans have already been altered due to community pushback.

The Fremantle Biennale has become inadvertently involved in the imbroglio, having selected the area as the centrepiece of its 2021 festival program, called CROSSING 21.

Artistic director and chief executive Tom Mùller said it was timely to celebrate the bridge while it was a topical issue in the community.

The biennale will explore Fremantle’s past and present relationship with the Swan River, from First Nations stories to colonial arrival.

The theme for CROSSING 21 was inspired by chief engineer CY O’Connor’s blasting away of a sandstone tidal land bridge to make way for the growing Swan River colony in 1892; the bridge had previously served as a natural crossing used by the Whadjuk people and a place for ritual and ceremonial practices.

Mr Mùller said this event had altered the course of history, causing disruption of the balance between people and the waterways.

The biennale will experiment with digital technologies to present a drone light demonstration called Moombaki, led by Nyoongar artist Ilona McGuire and informed by elders.

The light show will involve 160 drones flying over the river and ocean, recreating the first stories of Whadjuk Nyoongar country.

Other works include These Words will Remain, by Jazz Money, which involves large-scale text pieces in Nyoongar and English strung across the wooden pillars of the Fremantle Traffic Bridge, and AC4CA’s 500-metre artwork Orange Park on the path beside the river to connect the two bridges.

Andrew Sunley Smith has created a partially submerged boat overloaded with limestone rock that will sit below the Fremantle Traffic Bridge.

Artist and choreographer Amrita Hepi has set up a hotline to leave dedications and song requests for loved ones, which will be used to create an audio and dance work called Outside In.

Mr Mùller said the festival had been shaped by the COVID-19 pandemic and contingency plans had been prepared.

“That drone lightshow is a particularly good example because we are planning to do a film of it, and should people not be able to come down for the event itself, we are hoping to be able to share that,” Mr Mùller told Business News.

“The 2021 program does reflect the current COVID situation; we haven’t put all the eggs in the basket of one or two international [acts], we are working more locally,” Mr Stone said.

The centrepieces of the past two biennales were international works, with Arcs d’Ellipses in 2017 and Waterlicht in 2019.

Mr Stone said the shift to championing more local artists had presented a learning curve for the industry.

“Any arts city, town, precinct, country, is not famous for its arts because of what it imports; it’s famous for what it generates at home. And then all the imports are attracted on top of that because they want to be there,” Mr Stone told Business News.

“Perth, understandably, has been guilty in past decades of importing the big things – the Red Bull Air Race, for example – and that can bring some short-term commercial benefit, but it doesn’t really develop anything.

Building In 2017, the biennale was organised as a one-off by the City of Fremantle.

“The first delivery of the festival was probably more successful than we had hoped for,” Mr Stone said.

“The hero work, the Ellipses, which stretched down High Street and had its own controversy in the end, was originally supposed to be up for six weeks.

“But it was received [so] well by the general public and the traders that it stayed up for a long time, which was great.”

The initial vision was to take art out of galleries and institutions and let the public interact with it.

“We are all strong believers in the fact you don’t have to dumb down art to get to the masses, high-quality stuff will resonate with the masses if you put it out there and make it accessible,” Mr Stone said.

After the success of the first biennale, a not-for-profit organising committee started to build financial support and a team of employees.

It now employs Mr Mùller as its artistic director and chief executive and has five staff working part time.

This year, the biennale has secured financial and in-kind support from the City of Melville, the Town of East Fremantle, and the City of Cockburn, along with the City of Fremantle.

Minderoo Foundation has supported the technology component of Moombaki, and Global Unmanned Systems will help operate the drones.

The biennale has also been awarded two parcels of RISE funding from the federal government: an initial payment of $300,000 to help put on the festival, and a second sum of $965,055 to take Moombaki to regional Western Australia.

The Fremantle Biennale will run from November 5-21.