The Australian Grain Champion’s proposal to demutualise CBH will most likely be rejected by the CBH board, but it could be the catalyst for a CBH-led demutualisation. 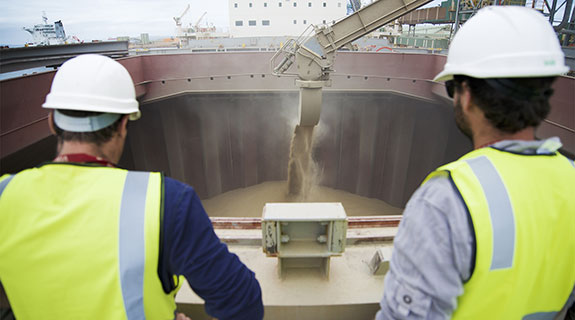 FLOW: Demutualisation would have benefits for CBH.

The Australian Grains Champion’s proposal to demutualise CBH Group will most likely be rejected by the CBH board, but it could be the catalyst for a CBH-led demutualisation.

The demutualisation of CBH is long overdue. Its archaic cooperative structure and shortage of independent directors put it out of step with modern corporate management and governance.

Western Australia’s other well-known cooperative, Wesfarmers, has become one of the largest, most successful and most respected companies in the country since it demutualised. On the other side of the world, in the south-west corner of Ireland, a small dairy cooperative in County Kerry demutualised in 1986 and grew to become Kerry Group plc, a $A9 billion food ingredients powerhouse.

Companies with independent shareholders and strong boards have demonstrated many times that they are the most effective business structure. That is why corporations owned by governments and cooperatives owned by members blossom when they are privatised or demutualised.

The timing of AGC’s proposal is very good but its terms are vague. It does not place a value on CBH and it is not clear what the shares in AGC will be worth. The offer is more hypothetical than real.

Grain handler GrainCorp has backed the AGC proposal but it is not clear what percentage of the new company GrainCorp would hold, whether GrainCorp is participating as a cornerstone investor, or whether it is seeking to take control of CBH without paying a takeover premium.

If the CBH board does decide to entertain the proposal, it should insist that GrainCorp’s shareholding not exceed the takeover threshold of 19.9 per cent.

This type of transaction, however, usually fails because the target’s shareholders can do a better deal elsewhere. If CBH shareholders want to cash out, an organised sale of the business would be the best option. If they want to demutualise, they can do it themselves, on their own terms.

There may never be a better time to do it.

CBH is currently both a major force in the grain industry and under increasing threat from industry giants moving into its territory. Despite this competitive threat, superannuation funds are lining up to invest in a demutualised CBH, and GrainCorp has demonstrated a desire to take a substantial shareholding, all thanks to the work done by AGC.

Surely this is the time to go to the market.

For the growers who are steadfastly against change, a CBH-led demutualisation can be presented as a defensive action against hostile moves from the east. For growers contemplating retirement, it will enable them to lock in the value of their shareholdings. For growers who need cash, there will be a market for their shares.

For the CBH directors, it should deal with the issue of whether they have discharged their duties in not putting the AGC proposal to their members. And for CBH itself, it will have greater access to capital through listing on the ASX and it will be able to modernise its corporate structure.

It could be the start of something big.

• Simon Withers is a former investment banker who was most recently Town of Cambridge mayor. He is currently a board member of WA Super.

Tim Treadgold and Simon Withers have each written articles on CBH Group this week. They were written independently. See Tim's article here.