Amidst the publicity surrounding the rescue of renowned sailor Jon Sanders in rough seas over the weekend, the role of private Western Australian company Bhagwan Marine was lost on most people. 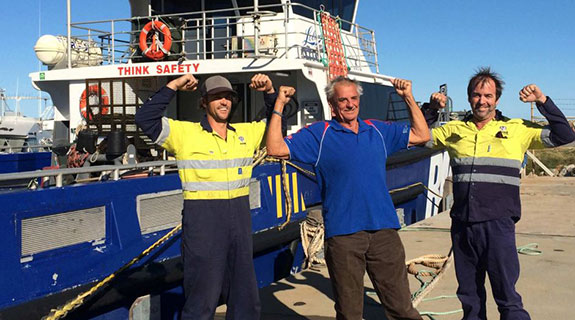 Amidst the publicity surrounding the rescue of renowned sailor Jon Sanders in rough seas over the weekend, the role of private Western Australian company Bhagwan Marine was lost on most people.

It was Bhagwan’s crew transfer vessel, Loligo, that rescued Mr Sanders from his sinking yacht off the coast of Kalbarri.

The Loligo was on its way south from Varanus Island to the company’s base at Geraldton for a refit, when the crew pulled into calm waters near Steep Point.

Just when they had finished preparing their Saturday night dinner, they received Mr Sanders' distress call and set off for the 90-minute voyage to his yacht.

A container vessel had pulled up nearby and was in contact with Mr Sanders, but would have struggled to rescue him in the estimated six-metre swell.

“He couldn’t have had a better vessel pull up alongside,” Bhagwan co-owner Kerren Kannikoski told Business News.

The 22.5-metre Loligo is designed for crew transfer and was able to get Mr Sanders aboard without problems.

“Jon said he was sure he would end up with a broken leg or a broken arm,” Mrs Kannikoski said. Mr Sanders is renowned as the first man to circumnavigate Antarctica and the first yachtsman to sail solo around the world three times.

After the rescue, he posed with deckhand Jesse Bailey and boat master Lance Dennis ‘doing the Bhagy’ - the pose comes from the Bhagwan logo, which represents the strength of the company.

Bhagwan crew members send in photos of themselves ‘doing the Bhagy’ from all over the world, even when they are on holidays.

Rarely do they make the news.

Bhagwan Marine was the top winner in Business News's 2013 Rising Stars awards, which recognise fast-growing private companies. The winners of the 2015 awards will be announced at a function tonight, Tuesday June 30. 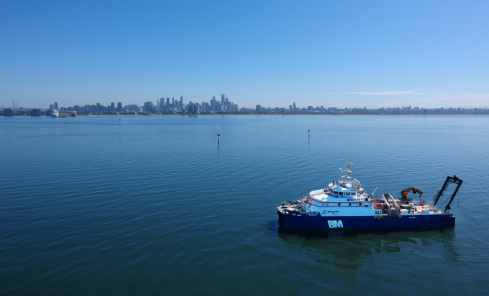