Beyond the 50-tonne spider

The Arcadia music festival and its giant scrap metal spider landed at Elizabeth Quay last weekend and lit up Perth’s dance scene, but there is more to the fire-breathing robot than meets the eye. 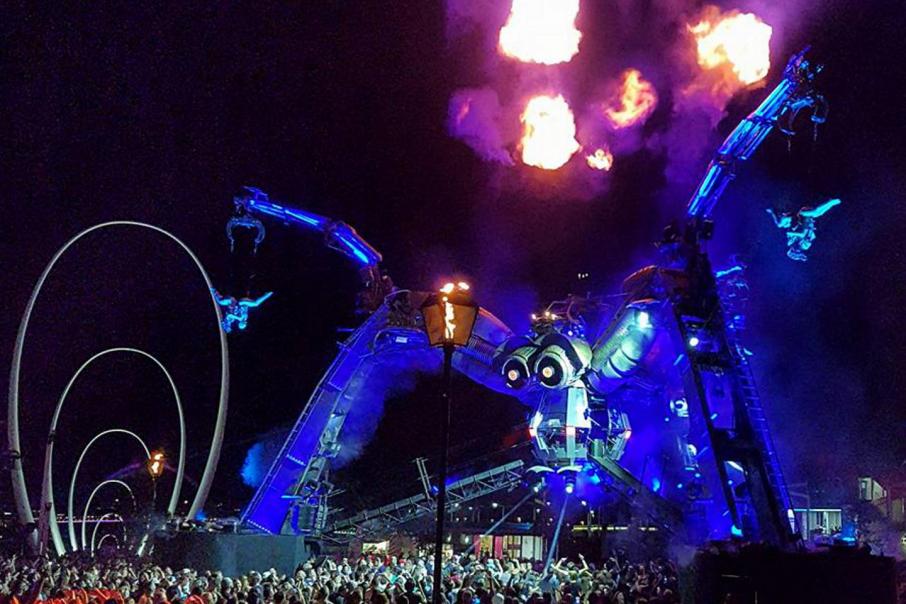 Deloitte’s Michael McNulty said the business, as the event’s only corporate sponsor, got involved due to Arcadia’s behind-the-scenes commitment to science and innovation.

The Arcadia music festival and its giant scrap metal spider landed at Elizabeth Quay last weekend and lit up Perth’s dance scene, but there is more to the fire-breathing robot than meets the eye.

The 50-tonne spider was the main attraction at the Arcadia Steam Ahead Community Open Days last week sharing behind the scenes science values and knowledge with over 1,000  school students across the state and hundreds more from the general public frequenting the evening sessions.

One school, The Tjuntjuntjara Remote Community School, drove its 27 students 11 hours to attend the free educational initiative, which showcased eight interactive workshops and exhibitions that aimed to immerse students in the values of Steam – science, technology, engineering, arts and mathematics.

Attendees were provided the opportunity to learn how each of these subjects played a part in transforming recycled military machinery and industrial components into a massive robotic spider and the power of innovation in an ever-changing world.

One exhibitor, the event’s only corporate sponsor, Deloitte, created a pop-up science and innovation centre featuring recycled fashion from one of its own employees, alongside creative scientist Gary Cass’s fermented fashion line, which turns alcohol bacteria into material.

On Wednesday evening, families were treated to a question and answer session with Arcadia’s creators and a preview of its Lords of Lightning show, which demonstrated the properties of conductive electricity.

Deloitte managing partner Michael McNulty said it was a confluence of factors that made it appealing for the business to get involved, including the sustainability push and indigenous content, but it was the focus on Stem, or Steam, that caught his immediate attention.

“Obviously it’s a really cool event so it sparked our interest initially, but it was actually the way it brought together a few different foundations for us that initiated our interest to get involved,” Mr McNulty told Business News.

“If we look out now around Australia and where the future is there is so much disruption in our industry, especially around artificial intelligence and robotics.

Mr McNulty said as a result of this shortfall, Deloitte was trying to get involved with anything that helped to build more awareness around what it means to study and engage with Steam.

“The whole issue with Steam is bad across the board but it’s particularly bad within the female part of the workforce and people coming through university,” he said.

“We seem to have a systemic issue around that, which needs to be resolved; how do we encourage students to consider Steam-based subjects?

“You need to see the possibilities and something real like that (Arcadia) that they can get involved in, something like that really lights up the imagination of young kids. “

Mr McNulty said while the sponsorship allowed Deloitte to engage, volunteer and give back to the community there was an underlying benefit for the business.

“As much as anything there is a selfish motive and that’s to fuel our workforce moving forward,” he said.

“When we look at the type of people we need over the next 20 years or so the focus on having people with that type of (Steam) background is only going to get more important.

“What we see is a dwindling number of relative people coming out of institutions… we need to do something to influence that pipeline of candidates coming out of that system.” 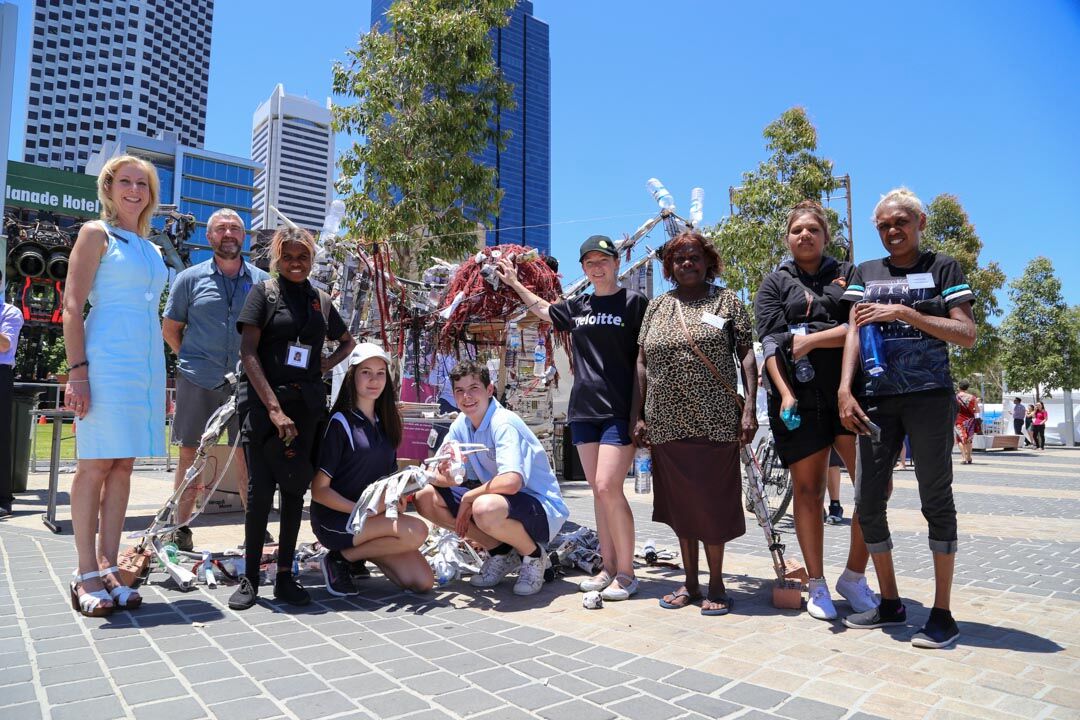 Arcadia plans to return to Perth for the next three years and double the reach of its Steam Ahead program next year.

Mr McNulty said Deloitte was also involved in a range of other Steam-related initiatives, having had pop-ups at TEDx and engagement in mentoring programs and plans to continue a relationship with Arcadia.

“I expect next year the word will be out more, it was interesting because it was quite a low profile build towards this one (pilot program),” he said.

“We had to reach out a lot more but we think next year will have more of a pull factor to it.”

Perth hosted the inaugural Steam Ahead program, with Bristol the only other place globally running a similar concept.

Other exhibitors included Curtin University’s ‘Curtin Lane’, which featured hands-on activities based on robotics, the physics behind spider web silk and electrical circuits.

An inflatable WA Museum exhibit looked at the importance of spiders to the urban ecosystem and their behaviours, with other exhibitors focusing on anatomy and venom. An activation space encouraged the creation of a mini Arcadia spider with re-purposed junk, and the fire-breathing component of Arcadia's 50-tonne spider was scientifically explored by ChemCentre chemists.