Former Mt Gibson Iron boss Jim Beyer will take the reins as managing director of Regis Resources next month, while director James Mactier will take over as chair, after executive chairman Mark Clark announced his resignation. 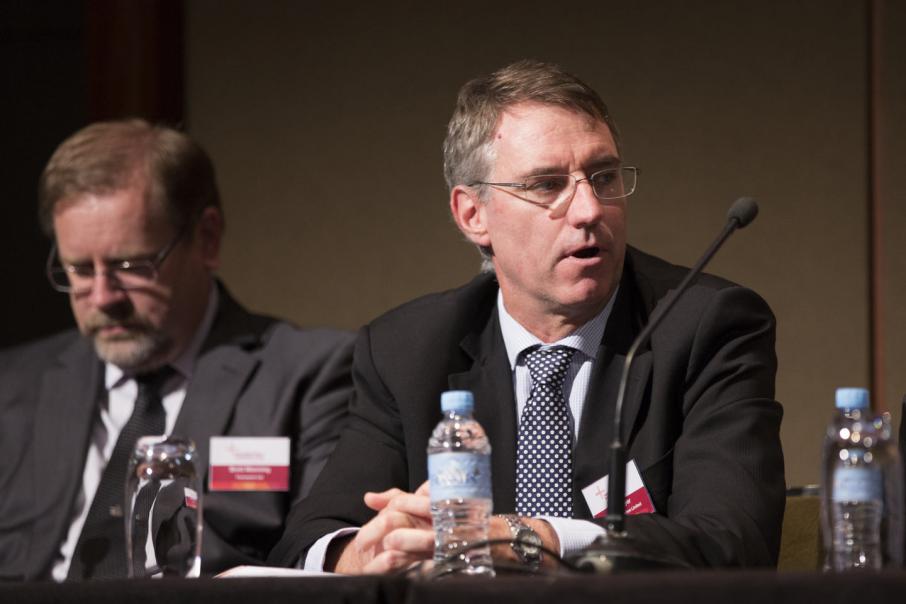 Former Mt Gibson Iron boss Jim Beyer will take the reins as managing director of Regis Resources next month, while director James Mactier will take over as chair, after executive chairman Mark Clark announced his resignation.

Mr Clark served as managing director of Regis from 2009, and took over as executive chairman in 2016.

He will retire as managing director on October 15, and hand the chairmanship over at the company’s scheduled November annual general meeting.

Mr Mactier has been on the Regis board since February 2016, and has previously worked as a joint head of a division of Macquarie Bank.

It comes after Mr Beyer announced his resignation from Mount Gibson Iron on Friday, where he has been replaced by former chief financial officer Peter Kerr.

Mr Beyer’s base salary will be $766,500 per year, including superannuation.

Mr Clark said it was the right time for a transition.

“I am really proud of Regis’ achievements and incoming chairman James Mactier, as a current director, is a part of the culture that has lead Regis to be the quality company that it is today,” he said.

“His personal values, business acumen and strong relationships throughout the industry make him an excellent choice as chairman.

“I am handing over at a time when Regis’s gold production and cash flow from the Duketon operation are strong, having seen the company pay and declare $325 million of dividends in the last five years and build a net cash position of $209 million at the end of (the 2018 financial year).

“The company has excellent organic growth potential including the underground mine opportunities at Duketon in WA, the large McPhillamys project in NSW and the well-funded near-mine and regional exploration effort.

“My confidence in the future of Regis underpinned my decision last week to outlay $1.05 million to exercise share options, taking my shareholding in the company to 3.918 million shares, which I continue to hold.”