Former Kimberley Land Council CEO Wayne Bergmann has bought the National Indigenous Times from the liquidator of the company behind the newspaper. 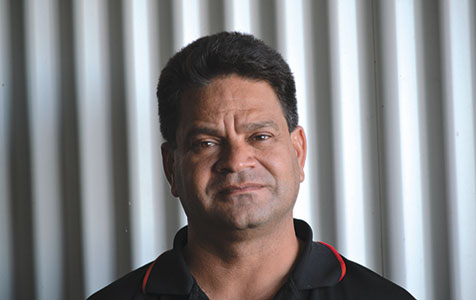 Former Kimberley Land Council CEO Wayne Bergmann has bought the National Indigenous Times from the liquidator of the company behind the newspaper.

In partnership with former journalist and indigenous communications adviser Tony Barrass, Mr Bergmann’s National Indigenous Times Holdings is understood to have purchased the intellectual property of the title, including the website, for an undisclosed sum from Destiny Publications, which collapsed early last year.

Around the time of the failure in February last year, Mr Bergmann and Mr Barrass were named as bidders in a consortium said to include indigenous academic Marcia Langton and indigenous investment banker Clinton Wolf.

However, it is understood the long-delayed purchase has been made by the Western Australian pair, with Mr Bergmann holding a majority share. Additional indigenous ownership may be sought for the venture, which is planning to be online-only and shift the publication’s stance to attract a much broader audience than the strident and very activist approach taken by previous management.

Mr Bergmann currently runs Aboriginal Maritime, chaired by Mr Wolf, a former director of Azure Capital, which is a shareholder of the marine services and labour hire group.

Mr Barrass, who confirmed the deal had taken place, is a board member of Kimberley-based Marra Worra Worra Aboriginal Corporation.

Although registered as a WA business, the key players behind Destiny Publications were based in NSW, including former WA Newspapers Holdings general manager of special projects John Rowsthorn, who remains listed as a director according to Australian Securities and Investments Commission records.