The state government’s most accomplished minister is planning to retire at next year’s state election, dealing a blow to premier Mark McGowan, with a handful of current ministers seen as potential successors should Labor be re-elected. 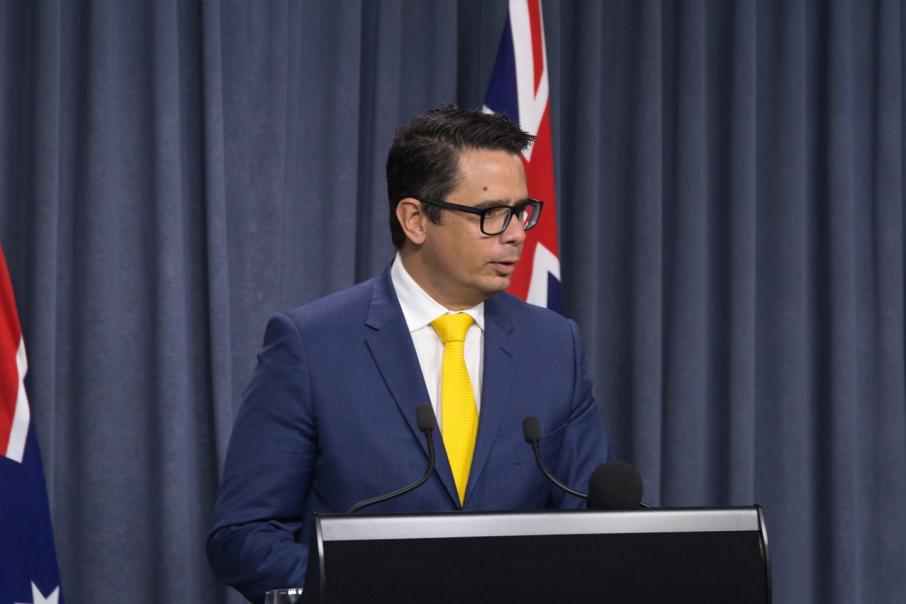 Ben Wyatt will serve as a cabinet minister until the state election in 2021. Photo: Gabriel Oliveira

The state government’s most accomplished minister is planning to retire at next year’s state election, dealing a blow to Premier Mark McGowan, with a handful of current ministers seen as potential successors should Labor be re-elected.

The 45-year-old Mr Wyatt made the shock announcement this morning, revealing he will not stand as a candidate at the next state election, a decision he said had been under consideration for more than six months.

Mr Wyatt, who also serves as finance minister and Aboriginal affairs minister, said his family had experienced a “personal health issue”, which prompted his decision to retire from politics.

“It’s a decision you don’t make lightly and I’ve been considering it from the back half of last year,” Mr Wyatt told reporters at a press conference this morning, alongside Premier Mark McGowan.

“I understand my announcement presents the premier with a decision to make about my future in his cabinet.

“I have discussed this at length with the premier and as a result of these discussions I will be continuing in my ministerial roles until the next election.”

The next state election will be held in March 2021, four years after the McGowan government came to power.

Mr Wyatt said he wished to consider other options with his family.

“My children are of an age that leaves me with a short time to relish new experiences with them, while they still want to hang out with me and before they reach senior levels of high school,” he continued.

“My daughters have only ever known me as an MP and a minister, which means they don’t see much of me – I think it’s the right call, professionally and personally.

“The decision has not been easy, but I hope, for the reasons I have outlined, it is a decision that can be understood.”

Mr Wyatt added the budget process for 2020-21 has begun, and he would hand down his final budget in May.

Speaking at the press conference, Mr McGowan thanked the treasurer for his 15 years of service to both parliament and to Western Australia.

“This has been a difficult time for Ben and his family, and his reasons for leaving are very personal, and I respect that and understand that, and I hope that everyone does,” Mr McGowan said.

He said he would not speculate on potential candidates to fill cabinet openings.

“We’ve got a great team to take the state forward and we’ve got good people on the backbench that, if we’re lucky enough to win the next state election, could become ministers.”

If Labor is re-elected at the 2021 state election, Mr Wyatt’s replacement as treasurer is likely to be one of four current ministers.

Transport and Planning Minister Rita Saffioti is seen as the most likely successor.

She is a former Treasury officer and developed a detailed knowledge of the budget process during her time as an adviser to former premiers Geoff Gallop and Alan Carpenter, and while Labor was in opposition.

Ms Saffiioti is also considered close to the premier and generally regarded as an effective performer.

Tourism Minister Paul Papalia is another possibility, given his experience in the ministry and solid reputation.

Mines and Energy Minister Bill Johnston would bring extensive experience and a good track record as a minister to the role but is not considered close to the premier.

Mr Wyatt’s retirement also creates an opening for a new candidate for the seat of Victoria Park.

The hot tip is Hannah Beazley: she has been a Labor candidate at several state and federal elections, without success, and is the daughter of WA governor Kim Beazley.

Federal finance minister and political opponent Mathias Cormann was among those who praised Mr Wyatt today, saying he has provided great service to WA.

"It’s been a privilege to work with him to resolve a number of key federal-state issues of importance to our State," senator Cormann said in a tweet..

Chamber of Commerce and Industry of WA (CCIWA) chief executive Chris Rodwell said the state would be losing a disciplined hand at the economic tiller.

"Mr Wyatt has clear foresight about the economic challenges for our state and a strong vision for our growing economy," he said.

"The CCIWA has applauded Mr Wyatt's focus on stabilising the state's finances and his delivery of a long-awaited financial surplus.

"He played a defining role in achieving reform of the GST - this work not only benefitted WA, but was achieved in the national interest."

In a brief statement, opposition leader Liza Harvey thanked Mr Wyatt for his significant contribution to public life in WA, and wished him and his family all the best for the future.

“The treasurer has shown a great capacity not just to manage the finances, but to listen to the concerns of those advocating for better fiscal policy, stimulus to create jobs and planning for a well-designed, well-resourced future Perth," she said.