To best understand what’s gone wrong with Western Australia’s iron ore industry you need to start by looking back 12 years, to 2003, when an ambitious Andrew Forrest created Fortescue Metals Group. 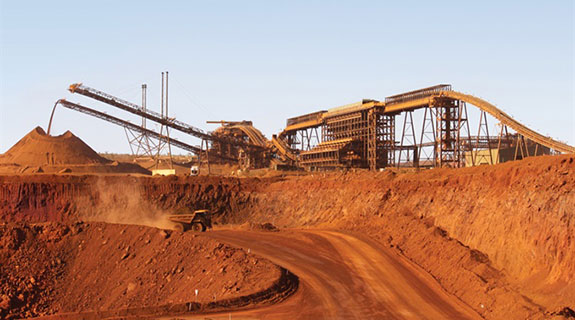 To best understand what’s gone wrong with Western Australia’s iron ore industry you need to start by looking back 12 years, to 2003, when an ambitious Andrew Forrest created Fortescue Metals Group.

At the time, iron ore was selling for about $US30 a tonne, but more importantly, Mr Forrest’s entry into iron ore was initially ignored by the top two producers – Rio Tinto and BHP Billiton.

It was only later that Mr Forrest’s rivals started to take him seriously, whispering behind his back that Fortescue could not survive, a futile campaign that was replaced by an economic attack whereby Rio Tinto and BHP Billiton expanded to protect their dominant share of the market.

Rising prices driven by China’s construction boom and seemingly insatiable appetite for steel lifted the iron ore price up to $US73/t in 2006, and then up to $145/t in 2008, before the GFC rang the first warning bell.

In 2011, post-crisis stimulus spending, sent iron ore up to $US168/t, but that price caused alarm bells to ring even louder; not that the warnings about a looming oversupply of iron ore was taken seriously by senior executives in the iron ore divisions of Rio Tinto and BHP Billiton, who were determined to crush small rivals, especially the upstart heading Fortescue.

However no-one was looking too closely at the underlying forces driving the Chinese economy during the ‘Forrest v the rest’ war of words. It was a time when phrases such as ‘stronger for longer’ were popular, along with something even worse, ‘this time it will be different’.

It was never going to be different. Commodities, especially those in abundant supply (and never forget iron is one of the most common elements in the planet), always rise and fall in tune with supply and demand.

But having missed the start of the boom, which left an opening for new producers such as Mr Forrest, the big producers started to believe that this time it really was different; and they even had internally generated reports from staff analysts to back up that belief.

Spectacular expansion projects were launched by everyone in the iron ore industry, and continued even as warning bells rang louder each month.

At one stage, Rio Tinto and BHP Billiton produced reports predicting Chinese steel production quickly hitting 1 billion tonnes a year, a forecast ridiculed in China, with government and industry officials there saying the exact opposite – that growth in steel demand had peaked and the next direction was down.

Having missed the start of the boom, Australia’s leading iron ore producers repeated the mistake by missing the start of the bust, continuing to expand even as well-placed observers of the Chinese economy, such as Andy Xie, warned that the end was nigh.

Mr Xie, a former senior economist with the investment bank Morgan Stanley, was at it again this week, revisiting his forecasts; only this time he’s predicting that iron ore will fall into the $US30/t range because the market is flooded.

Welcome back to 2003, and the end of a 12-year roller-coaster ride, a time when some of the highest-paid executives in the Australian mining industry have the dubious distinction of twice misreading commodity markets.

There is a one-word answer to that question – pain.

Because senior managers of Australia’s iron ore industry have so badly misread market signals, more workers will lose their jobs, more mines will close, investors will suffer big losses, governments will forgo tax and royalty income, and some famous fortunes will shrink.

The worst part of what’s happening, which includes the share prices of Rio Tinto and Fortescue both hitting 12-month lows earlier today ($49.13 and $1.61 respectively), is that the message still does not seem to have got through.

Expansion projects, which should have been stopped last year, continue to roll off drawing boards as a damaging, ego-driven race to be the lowest-cost producer (and therefore a survivor) continues to run, despite the high cost to the WA economy.

Fortunes, which were made in the boom, are evaporating. Gina Rinehart, long-term holder of the title of Australia’s richest person, risks losing that award as she launches her Roy Hill mine into a disastrous market for a new producer, facing the prospect of having to top up her investment to support the mine in its early years.

Mr Forrest, who was estimated in 2011 to have a net worth of $7 billion, has seen the value of his Fortescue shares drop to $1.7 billion – a 75 per cent fall in four years.

More interestingly, if Mr Xie’s forecast of iron ore in the $US30/t range proves correct then Mr Forrest risks losing his billionaire status, returning to the ranks of mere millionaires.