Australian beef producers are facing competition in emerging exports markets from low-cost Indian buffalo production, according to the Australian Bureau of Agriculture Resource Economics and Sciences. 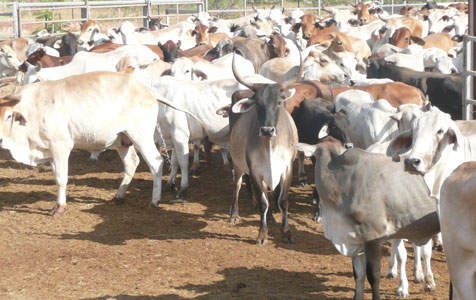 Australian beef producers are facing competition in emerging exports markets from low-cost Indian buffalo production, according to the Australian Bureau of Agriculture Resource Economics and Sciences.

In its latest quarterly report, Abares said Indian ‘carabeef’ was exported for an average of $2.88 per kilogram last year, while Australian beef sold on world markets for about $4.73/kg.

Subsistence farmers in the sub-continent raise buffalo for milking, but sell livestock that reach an unproductive age for slaughter and meat production.

This makes Indian meat a lower quality due to the age of the animal at slaughter.

More than 1.5 million tonnes is shipped annually at a value of $US4.5 billion, with exports accounting for 46 per cent of this production (making India the world’s leading exporter of beef by volume).

Australian beef exports are higher by value, at $5 billion, but lower by volume, at 1.1mt.

There are several factors behind the growth in buffalo meat from India, an industry largely operated by Muslims.

Imports by Thailand of Indian product grew four-fold during the same period.

Both Vietnam and Thailand are comparatively minor markets for Australian producers, together representing only 0.6 per cent of Australian beef exports.

India benefits from proximity to these countries and lower production costs.

There’s also growing demand for halal meat in the Middle East, notably Saudi Arabia due to a ban on Brazilian beef imports due to the risk of mad cow disease.

Supply factors have also supported growth of buffalo exports from India, after an Indian government campaign to promote the industry with abattoir modernisation and policies to encourage rearing male buffalos.

The newly elected BJP government of Narendra Modi has a more conservative outlook, however, denouncing beef and buffalo exports on religious grounds, as cows are sacred in Hindu culture (buffalo less so).

What effect this has on buffalo producers and the export industry is uncertain at this stage.