Beef brewing over exports to China 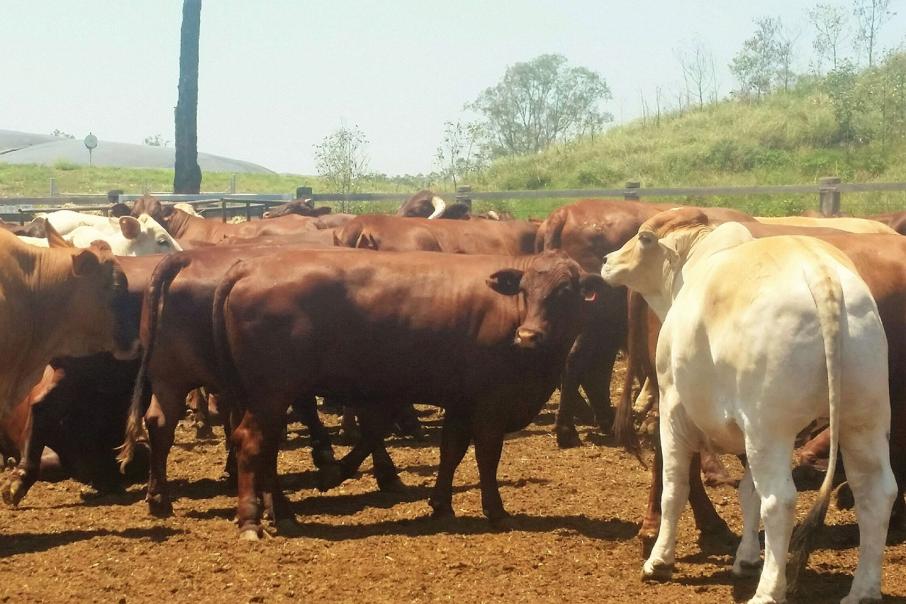 Gina Rinehart has plans for the live shipment of up to 800,000 cattle annually to China. Photo: Attila Csaszar

Despite that difference, which could be sowing the seeds of a future dispute, they do have something in common – beef appears to be a faster growing business than iron ore in Australia’s evolving relationship with China, with the potential for a switch in Australia’s export focus from mining to dining.

Measuring the size and importance of beef to both billionaires is not easy because their farming interests are held privately and details such as the value of exports are not widely available.

A third way of measuring the beef industry is through Australian Agricultural (AA), a stock-exchange listed company that serves as a proxy for testing how well the farming assets of Mr Forrest and Mrs Rinehart might be performing.

Last week, AA reported an eye-catching 202 per cent increase in pre-tax profit for its financial year, which ended on March 31. The increase, from $14.9 million to $45, million was largely achieved by increased prices on lower volumes and a sharp reduction in operating costs.

While the beef interests of Mr Forrest and Mrs Rinehart are not strictly comparable with AA due to differences in herd size and the location of major farming assets, all three beef producers compete in the same market, which is increasingly dominated by Asian demand for fresh meat.

The public reporting requirement of AA’s stock exchange listing means it provides a window into the private farming interests of the iron ore miners which, apart from the differences over live exports versus processed exports, are following a similar value-over-volume approach to business development.

There is also a historic connection between WA and AA, a business once under the control of the late Robert Holmes a Court when he was an early mover in the business of selling beef to Asia.

What last week’s AA annual report revealed is that beef is a growing business at a time when iron ore, while much bigger than the beef industry, has hit a growth ceiling after two decades of hectic expansion.

The AA business model is similar to that of Mr Forrest and Mrs Rinehart and based on an extensive landholding in areas with different rainfall patterns to minimise drought risk. The company owns 18 cattle stations in Queensland and the Northern Territory and seven agistment properties, plus feedlots and processing facilities.

The stock market itself also operates as a proxy for measuring the success of beef as an export business, as well as one attracting increased investor attention.

Thee share price of AA has risen by 10 per cent since the start of the year, from $1.69 to $1.87. Mr Forrest’s Fortescue Metals Group has gone the other way, with its share price falling 19 per cent, from $5.89 to $4.76. The share-price divergence is a measure of rising beef prices and a falling iron ore price.

The slide in Fortescue’s share price is an even more significant 35 per cent when measured from its high point this year of $7.27 to latest trades. AA’s rise from its low to latest is almost exactly the opposite, up 33 per cent from $1.38 in early March.

That gap could continue to widen, with analysts at the stockbroking firm Bell Potter tipping a move up by AA over the next 12 months to $2.20, thanks to an expectation that the company’s profit will continue rising as demand from China for Australian beef accelerates.

Bell Potter is forecasting that AA will lift its annual pre-tax profit to $60 million in the current financial year, and then up to $73 million next year.

The rising trend being enjoyed by AA is highly likely to be replicated in the beef interests of Mr Forrest and Mrs Rinehart; and while iron ore will continue to generate the lion’s share of their income, it is beef profits that are growing while iron ore profits are likely to be declining.

How best to maximise beef growth is where the major difference is developing between the two iron-ore-magnates-cum-beef barons, with first signs of what could become an acrimonious spat on display last week over the question of live exports versus domestic processing.

What triggered the dispute is a plan by Mrs Rinehart to develop a business shipping 800,000 cattle a year for slaughter in China.

Mr Forrest, who is a much smaller beef producer than Mrs Rinehart, has described the expanded live export plan as a potential disaster for Australia.

His comments to The Australian newspaper will not have been well received by Mrs Rinehart, especially when he said: “It would be the worst thing possible. I thought when people invested in the cattle industry it would be for the purpose of creating jobs in Australia, not sending them, the cattle, and value-adding profits offshore.”