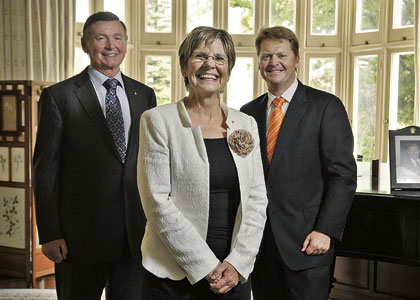 THE state’s chief scientist, Lynn Beazley, was awarded the second annual ‘Governors Award for Giving’ last week at a ceremony at Government House ballroom to mark the official launch of the Corporate Volunteer Council’s Give1 campaign.

The award comes with $100,000, which is to be donated to the charity (or charities) of the winner’s choice; in Professor Beazley’s case, the $100,000 will be shared equally between Brightwater Care Group’s Oats Street clinic, and the Western Australian Museum Foundation.

Governor Malcolm McCusker presented the award to Professor Beazley for her extensive work teaching the sciences at remote community schools and her involvement in many research foundations and charity organisations, such as Scitech and the Western Australian Museum.

The Oats Street centre is a rehabilitation clinic for young adults suffering from brain injury; the centre runs a two-year course that focuses on preparing its patients for integration back into the community, where they can be self-sufficient.

Professor Beazley said she chose to fund a PhD neuroscience scholarship with the organisation because it had implemented international neuroscience studies into its practice.

“I believe they have the best rehabilitation in the world,” she said.

“It takes two years to get someone who wouldn’t be able to live on their own to a stage where they have an independent life, and a quality of life, where they can be part of the community again.”

Western Australia’s governor, Malcolm McCusker, is a strong supporter of the Brightwater Care Group, which he said benefited the community overall.

He said every dollar spent at Brightwater brought a $4 return to the community.

Professor Beazley agreed, citing a patient who wanted to go and live in his rural town, yet required 57 hours’ care a week.

“After the Oats Street program he was able to return to his community requiring only 10 hours care a week, and is now living independently,” she said.

Professor Beazley’s donation to the Western Australian Museum Foundation will be used to start a scholarship for promising school and undergraduate students to work with scientists.

“I wanted something that would grow beyond the funds, I wanted to see it have a multiplier effect,” she said.

“In my experiences at UWA I found there were so many excellent students who spent half their time working just to live; if you could give them $2,000 to $3,000 they could work at the museum and it would be a great opportunity to develop their talents.”

The winner of last year’s Governors Award for Giving, Atlas Iron chairman David Flanagan, recently received a further accolade in the form of an Eisenhower Fellowship, which will take him to America to meet with top philanthropic organisations.

Mr Flanagan is a founding committee member of the Give1 campaign.

Give1 aims to raise 1 million hours of volunteer work from corporate organisations; to date, 31,000 hours have been pledged to the cause.

Mr Flanagan said a couple of big organisations were on the cusp of joining the campaign, which wasn’t limited to corporate volunteering.

“It’s about getting people to be nicer to each other …  what we find, with respect to corporate volunteering, is it’s a way to plant that seed and get it happening outside the workplace.” 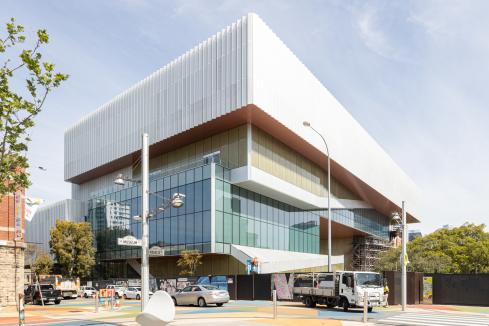 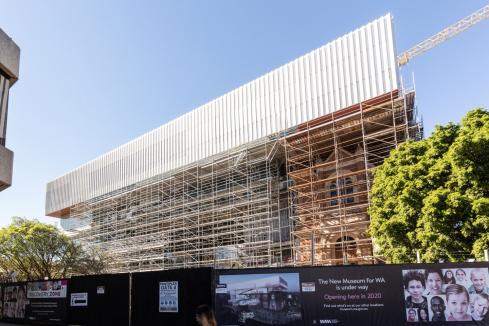