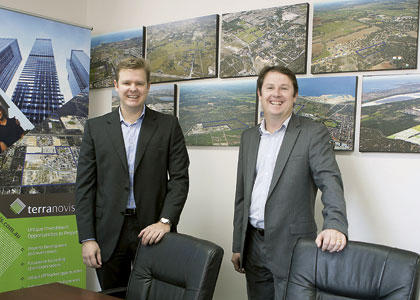 A REPORT released by accounting firm Grant Thornton has found that a customer’s relationship and track record with their bank is key to securing funding in the current risk-averse environment.

The ‘Industry Insights’ report reinforced concerns that many developers are struggling to raise capital, with 68 per cent of private and public property companies interviewed having found it difficult to secure funding for developments during the past 18 months.

The report said financing was the second largest obstacle reported by developers, after state and federal red tape.

Grant Thornton interviewed members of the banking and property sector for its report -including ANZ, Bankwest and Pindan - and found four key factors that help increase a property firm’s chance of raising capital:

• the property developer’s relationship with the bank and development track record;

* the developer’s capacity to pay back the loan;

* healthy levels of capital; and

* having the right amount of collateral in case a development goes awry.

Grant Thornton partner Craig Simon said the most important factor affecting an applicant’s chances of obtaining a loan was the relationship and track record they had with the bank.

“From our interviews we were hearing that the first thing banks wanted to talk about was ‘do we know you and are there enough people in your development group that we know’,” Mr Simon said.

The report also found that 84 per cent of the property industry wanted to take on more debt, and offered three funding alternatives - overseas funding, private equity and joint ventures.

Mr Simon said although overseas funding had the potential to inject new funds into property developments, no-one had been able to really crack it with great significance as it was difficult to establish relationships with overseas investors and financial institutions.

“The ones who have been more successful have been the bigger players in the market as they have a bigger reach and more capital,” he said.

Mr Simon said mid-tier firms missed out on these opportunities, as they didn’t have the connections to establish relationships with overseas funds.

Among the firms bucking the trend is mid-tier developer Terranovis, which has been able to grow during this period because of what director Warren Spencer said was its focus on joint ventures and steadfast approach to not borrowing money to buy land.

“We aren’t a developer who borrows against its own balance sheet to buy land,” he said.

“Most of our clients are existing owners who own their land and they’re usually asset rich but cash poor.

“We organise the development approvals and the finance for those owners for which we get a fee from the sale and development of the lots.”

Mr Spencer said banks were more willing to grant loans for development costs rather than the purchasing land, but only when there was income to support development costs by way of presales or income in someone else’s cash flow.

“That means developers had a much tougher time buying land over the last few years,” he said.

“Existing landowners trying to sell their land for development are better off developing the land themselves rather than selling it to a developer.”

Mr Spencer said other developers used the same approach as Terranovis as an ancillary part of their business, but none of them was actively looking for “sitting landowners” to the same extent as Terranovis.

Finbar has adopted this tactic; it is currently in a joint venture with a debt-free landowner in Rivervale for its 14-hectare development, called The Springs, on the corner of Great Eastern Highway and Graham Farmer Freeway.