SPECIAL REPORT: One of the few positives in a tough year for business was the gold sector, and at the forefront was Northern Star Resources, under the leadership of Bill Beament. 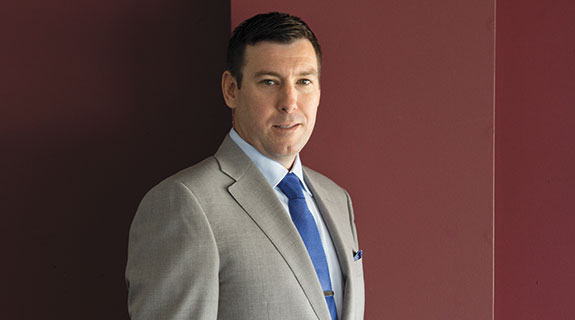 SPECIAL REPORT: One of the few positives in a tough year for business was the gold sector, and at the forefront was Northern Star Resources, under the leadership of Bill Beament.

See the rest of our final SPECIAL REPORT for 2015 here.

Ask Bill Beament how he avoids developing hubris, and he has a quick answer.

“I’ve always been a feet-on-the-ground type of person, any of my friends will know exactly that.” 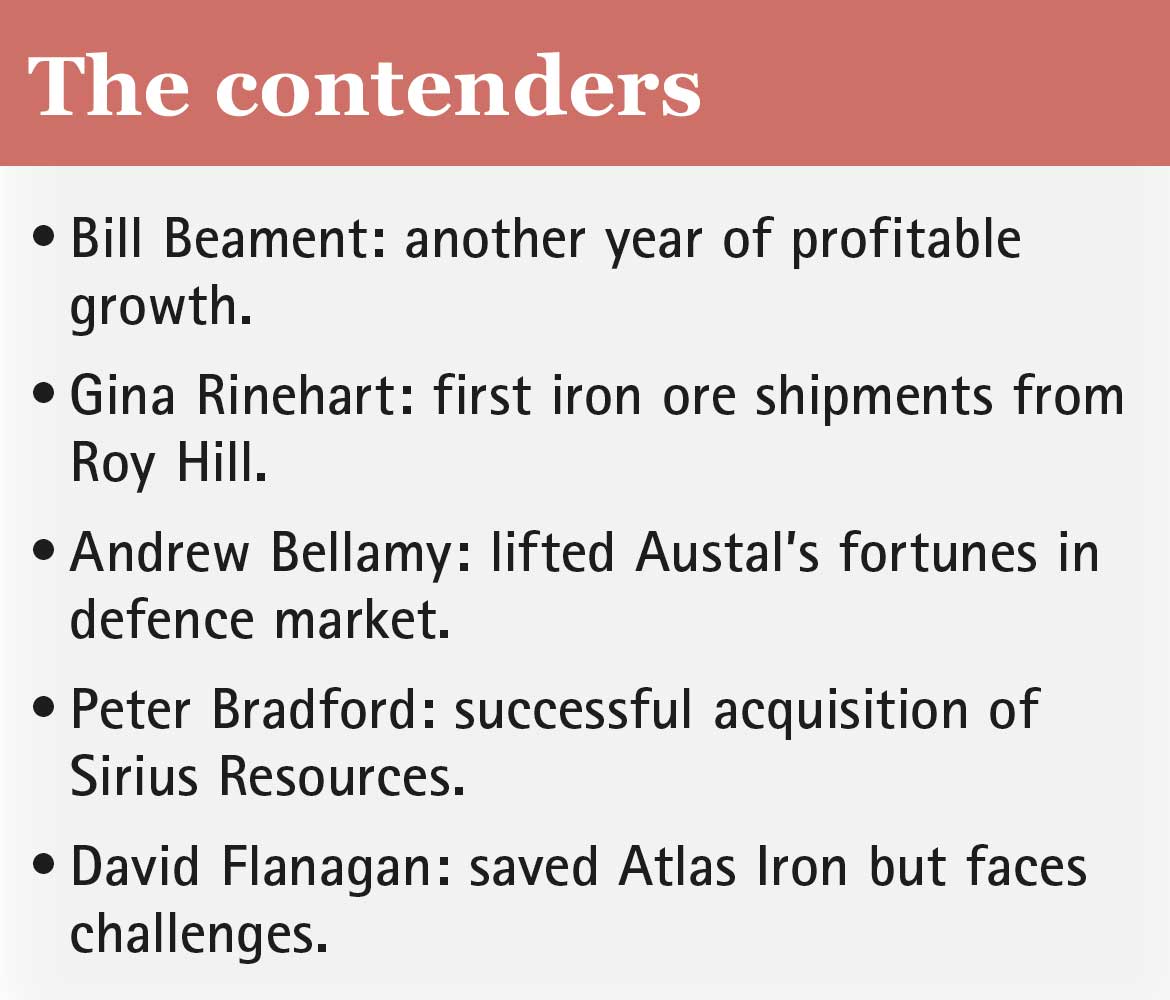 Mr Beament, whose accolades include being judged First Amongst Equals in the 2013 40under40 awards, believes Northern Star’s success over the past five years has laid the groundwork for more achievements.

“Success always breeds success, it’s like Hawthorn winning three premierships, they will probably win another one, it’s ingrained in their DNA, their culture, that they can win,” Mr Beament said.

“That’s what I see in my organisation, the hunger among the staff to keep on achieving and doing bigger and better things.

“But no-one’s got an ego in my organisation; I’ve never liked those people and I won’t allow that.”

After five years of profitable growth, Northern Star is now ranked among Western Australia’s top 10 listed companies, with a market capitalisation around $1.5 billion – more than double what it was a year ago.

With annual revenue of $846 million, it is the fifth-largest company on the BNiQ listing of WA-based resources companies.

Northern Star has also delivered for investors, with a total shareholder return (capital growth plus dividends) of 111 per cent in the year to November 30 and 53 per cent per annum over the past five years, according to Morningstar data.

The five-year return is unmatched by any other large local company.

Northern Star isn’t the only WA-based gold miner to have lifted in value over the past couple of years.

They have been helped by the relatively strong gold price (in Australian dollar terms), which contrasts with the slump in most other commodities, including iron ore, nickel and oil.

It means companies in those sectors have been marked down, even when they have recorded big operational and corporate achievements.

Independence Group, led by Peter Bradford, has slumped in value despite owning 30 per cent of the Tropicana gold mine and acquiring the high-grade Nova nickel project, through its takeover of Sirius Resources.

In the iron ore sector, Nev Power at Fortescue Metals Group and David Flanagan at Atlas Iron have achieved remarkable cost reductions; and they need to keep on running faster to stay ahead of weak iron ore prices.

Also this year, Gina Rinehart realised her dream of becoming an iron ore exporter in her own right, when the Roy Hill project’s first shipload departed Port Hedland.

Outside of resources, Austal managing director Andrew Bellamy had a good year, winning new contracts in Australia and overseas and positioning the company as an important player in any future naval construction contracts.

However, his copybook was blotted late in the year when he announced operational problems and weak profit margins in the US.

What sets Northern Star apart from other companies, including its gold mining peers, is the scale and sustainability of its run over the past five years.

Mr Beament joined the company in 2007, having previously held several senior management roles in the resources sector, including general manager of operations for mining contractor Barminco.

In that role he had responsibility for 12 mine sites across WA, which was good preparation for his current job.

Northern Star’s spectacular run started with the revival of the Paulsens mine in the Pilbara.

That was followed by a series of acquisitions, buying the Plutonic and Kanowna Belle mines and 51 per cent of the Kundana joint venture from Barrick Gold, and the Jundee mine from Newmont Mining.

Northern Star has also made a series of small acquisitions, which will play a big role in its future growth.

It paid just $1.5 million to Alchemy Resources for the Hermes deposit.

Early this month, it announced the results of a scoping study, which concluded that Hermes would make a significant contribution to production and mine life at Plutonic.

Another growth target is the Central Tanami project in the Northern Territory, where Northern Star is funding a drilling program that will allow it to move to full ownership.

The company mined 622,000 ounces in 2014-15, making it the third-largest gold miner in WA, according to BNiQ data compiled by Business News.

The only gold miners with larger operations in WA were Newmont Mining, which operates Boddington and the Super Pit, and Gold Fields, which owns four mines.

Another way of ranking Northern Star is relative to ASX-listed miners with national operations; on that basis it has also grown to number three, behind Newcrest Mining and Evolution Mining.

Northern Star expects to produce between 535,000oz and 570,000oz in the current financial year but anticipates substantial growth beyond then, with production tipped to hit 700,000oz in 2017-18.

Mr Beament said the growth of Northern Star had not changed the way he ran the business.

“I’ve always had the view that if your operations are going well, everything else takes care of itself,” he said.

Mr Beament said having multiple mine sites did not change things.

“It’s the same disciplines; keeping in touch with your mining, your geology, your processing on a daily basis,” he said.

“If you lose touch with that, you lose control of your business very quickly.

“I’ve got a saying – mining is easy, people make it hard.”

He emphasised the importance of a strong balance sheet to ensure sustained success.

“When you look at any business, investors will always come back to a balance sheet,” Mr Beament told Business News.

“You can have a great story for a couple of years but unless you have a great balance sheet you will eventually get caught.”