If nothing else, Bill Beament has just cemented for himself a place in Australian business history by placing one of the biggest bets ever on the future price of gold – and possibly on the future value of the Australian dollar. 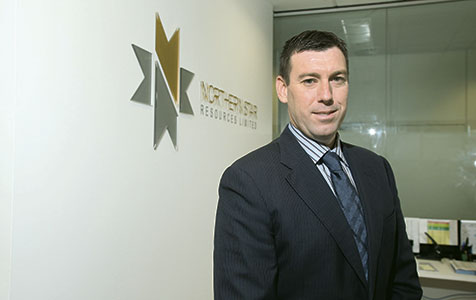 If nothing else, Bill Beament has just cemented for himself a place in Australian business history by placing one of the biggest bets ever on the future price of gold – and possibly on the future value of the Australian dollar.

By directing Northern Star Resources, the company he heads, into its second major asset acquisition in less than a month, Mr Beament has signalled that he believes the gold price will rise and that now is a time to do some bargain-basement shopping.

He might be right. There’s no doubt that the gold price has fallen, taking mining asset values with it, and that the only way now for gold is up – especially when measured in Australian dollars.

Or, Mr Beament might not be right, and the gold price correction has further to run because it will be a victim of rising global interest rates and the rising value of the US dollar as that country’s economy continues its recovery.

In other words, either Mr Beament will be a hero and make himself and other shareholders in Northern Star a lot richer. Or he will be the opposite of a hero.

In a way, the deals are a case of a local company buying back the farm, which always plays well with a local audience; but in this case we are left hanging the question of: what does the foreign vendor know that made it a willing seller?

In the case of Barrick, the answer is probably a combination of being forced to reduce its exposure to high- cost mines and a high-cost country, which is what Australia has become, in order to correct problems it has elsewhere in its global business interests.

It could also be a view within Barrick that the future price of gold, in US dollars at least, is unlikely to quickly reclaim the record levels enjoyed by the industry until early last year.

The performance of the gold-price more than anything else will determine the success, or otherwise, of Northern Star’s confident investment in the metal at a time when others are sellers – including Barrick.

Because trading in Northern Star is suspended until next Tuesday while a $100 million share placement is finalised, the view of the wider market is not known. But it’s a reasonable assumption that there will be an equal mix of approval and disapproval for what is a pair of company-changing deals.

In two steps, Northern Star has vaulted out of the ranks of small goldmining companies into the status of a mid-tier producer, with visions of being a sector leader.

The combination of the company’s existing Paulsons mine with Plutonic, and now the Kundana and Kanowna Belle mines, means that Northern Star’s annual gold output will rise from less than 100,000 ounces a year to more than 350,000oz, which should give it the title of Australia’s fifth biggest goldminer.

Neither is an impressive number, with the reserve figure equal to little more than three years of production, which means Northern Star will be quickly launching a busy near-mine exploration program.

But now comes the interesting bit, which will determine the ultimate success or failure of a courageous corporate move – Northern Star’s cost of producing an ounce of gold appears to be very attractive at a forecast $A1,050/oz an ounce, or around $US924/oz on conversion to the currency in which gold is universally traded.

Interestingly, that cost per ounce is based on the new ‘all-in sustaining cost’ measure, which provides investors with a clearer look at the future profit performance of a goldminer. It is infinitely better than the nonsense ‘C1 cash cost’ once preferred by mining companies keen to mask their true costs.

On the basis of the all-in sustaining cost estimate of $US924/oz, and using the latest gold price of $US1,234/oz, each ounce of gold should yield for Northern Star a gross profit of $US310 – or around $US108 million ($A122 million) annually.

The financial numbers look attractive and should appeal to investors with a view that the gold price will not fall much further in US or Australian dollars.

True believers in gold will love the Star deals. The undecided will sit on the sidelines and watch with interest.