Battle on for health high ground

OPINION: Could earnings inequality become an issue for medical professionals? 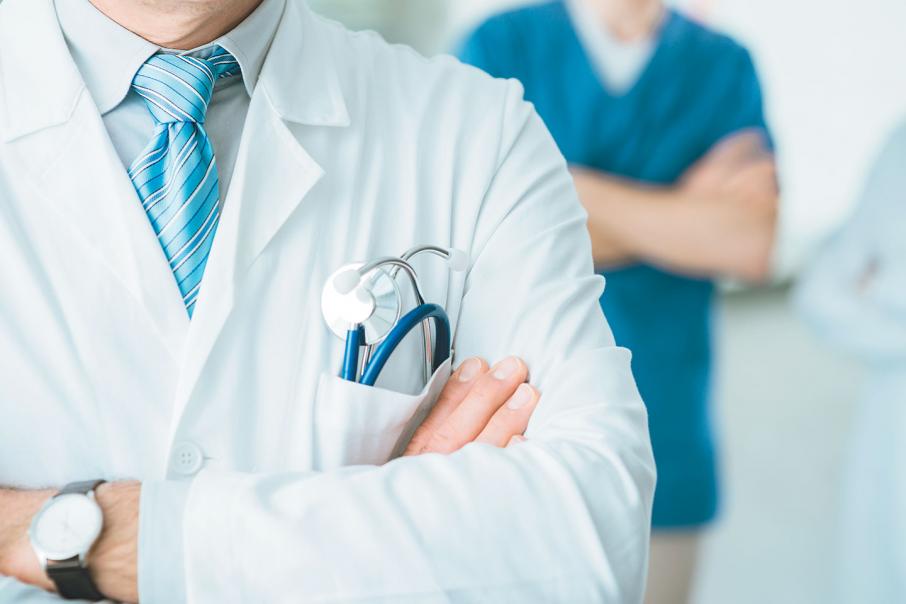 Supported by the respect and trust of the public, the medical profession wins most of its PR battles with the political class. Photo: Stockphoto

OPINION: Could earnings inequality become an issue for medical professionals?

No-one wants a fight with doctors. All those involved in politics know that the nation’s top medical professionals hold almost all the cards when it comes to the battle for public opinion.

No politician wants to hear of voters’ surgery being delayed, or ill people being left in corridors because of industrial action. More importantly, no lawmaker wants to be in the position of requiring acute medical attention from the very people they have taken on in a public battle, no matter how professional that doctor is. That would be awkward.

In the court of public opinion, there’s little to balance the advantages the doctors have, such as: performing near miracles; swearing the Hippocratic Oath; credibility as trusted professionals; generally being the smartest people in the room (always have a doctor at a quiz night); having big bank accounts; and being members of a well-funded, consumer-savvy union.

Politicians don’t match up well against that.

However, Australia has a big problem and doctors are a part of it. They, especially medical specialists, are viewed as a massive cost to a system that has served this nation well, but has been creaking at the seams for some time.

However, for all the reasons above, no-one wants to have a crack at changing that system.

Public health is nearly untouchable; it is seen as political suicide to challenge the way things are done.

So it is interesting that some in private healthcare are beginning to speak out.

At a recent Committee for Economic Development of Australia function, entitled ‘Transformation of Healthcare’, keynote speaker Dwayne Crombie, managing director of the health insurance business of industry giant Bupa, took a pot shot at the system, noting the role doctors play in ensuring their incomes rise no matter what efforts governments do to rein in costs. (Those costs exceed 25 per cent of the Western Australian budget and a significant part of the federal government’s budget.)

Dr Crombie is a medical doctor from New Zealand, so perhaps he feels a bit safer than political leaders in taking on his own profession.

Heavily regulated, private health insurance is also getting squeezed by governments, which constrain what insurers can charge in premiums while the costs of insured care are rising.

Dr Crombie gave several examples of how he thought doctors manipulated the system in order to benefit themselves. To me, the point was laid bare when Dr Crombie pointed out that Medicare costs have risen around 4 per cent even though the federal government had implemented a politically controversial freeze on fee increases for some time.

The reason was, Dr Crombie said, that doctors had worked out that different Medicare codes resulted in greater payments. It was ‘upcoding’ (a new word to me), which was being used to ensure fees rose even though the procedures had not changed, except in the way the paperwork was filled out.

Although this is the responsibility of Medicare, not insurers, Dr Crombie was highlighting a problem that clearly also more directly affects insurers in the way practitioners charge.

The issue for insurers is that the squeezing of their margins is creating a pain level that leaves them unable to compete for business, and makes them less attractive to consumers, who are turning away from them.

The fewer people with private insurance, the greater the burden on the public sector, which is struggling to cope with higher demand and lower funding.

I think this is a dangerous point for medical practitioners. Even if it is just envy, there is a risk in always seeming to win when everyone else is losing.

I said above they (doctors) hold almost all the cards, although income is a major exception.

I doubt the voting public really understands how much doctors earn, most notably specialists. That is their Achilles heel, because all the moral superiority in the world evaporates when income is put under the microscope.

CEOs of public companies have already discovered the public’s disdain for salaries that are many times the average wage. Ironically, their greatest critics have become the people who pay their wages – the shareholders.

Given that much of the cost of medical professionals is borne by the taxpayer, I would not be surprised if a debate over income disparity becomes part of the broader fight over the carve up of the health dollar.