Battle of ideas or cash splash?

OPINION: Both sides of politics are promising tax cuts ahead of the upcoming federal poll amid slowing global economy and sluggish consumer spending. 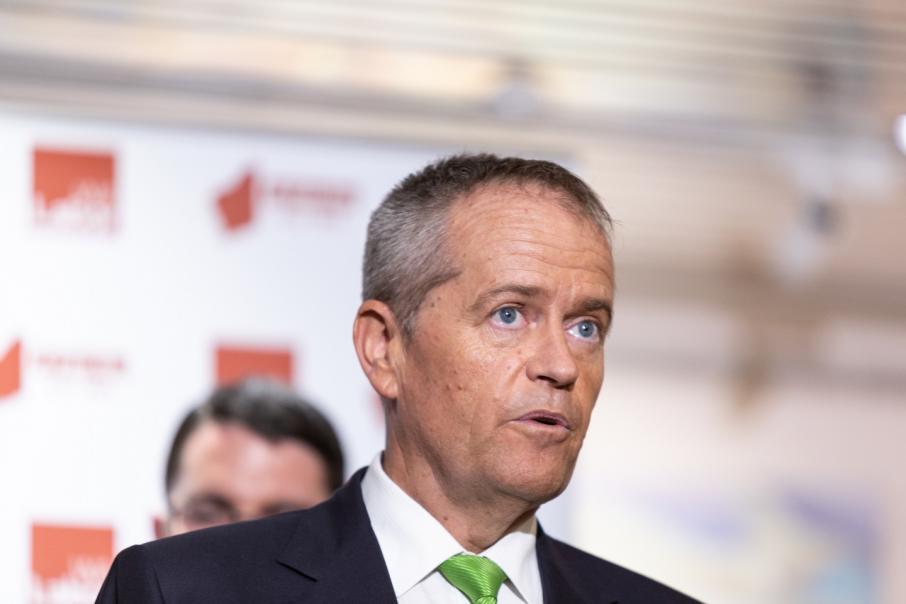 Bill Shorten has described the election as a referendum on wages. Photo: Gabriel Oliveira

Voters can hardly believe their luck. Both the Liberal and Labor parties are promising to throw money at them, courtesy of tax cuts clearly designed to win their vote in the May federal poll.

These policies will place similar amounts in the pockets of middle-income earners, while those on lower incomes will do better under Labor.

The tax cuts will give consumers more spending power. The big question is, will they spend it?

Treasurer Josh Frydenberg conceded in his budget speech there were serious challenges.

“The global economy is slowing,” he said. “Families face cost-of-living pressures. And every one of us wants to see wages growing faster.”

And it’s on the issue of wage increases where the Liberal and Labor approaches diverge.

According to the treasurer, the answer is a strong and more competitive economy, with lower taxes and more jobs.

But wages growth, for the short term at least, will be soft. In fact the Treasury has predicted slower growth, downgrading the increase next year from 3 per cent to 2.75 per cent, with consumers tightening their belts.

However, a Labor government under Bill Shorten would not wait for a strong and more competitive economy to arrive.

In fact Mr Shorten has described the approaching election as a referendum on wages. Labor would support the union movement’s push for a living wage and the restoration of penalty rates in the hospitality sector, which were cut by the Fair Work Commission.

In fact a Labor government would be under pressure from the union movement to act promptly on wages. The ACTU wants the minimum wage for low-paid workers to be increased by $43 a week, and has declared a two-year campaign to ensure full time workers are no longer living in poverty, as it claims.

It’s this rhetoric that makes employers nervous. While Mr Shorten and unions point to record profits by the big end of town, the reality is that many small and medium-sized businesses are skating on thin ice. Witness the downsizing and closures of many retail outlets; consumers just aren’t spending.

The good news for both sides of politics – and Australians generally – is that world prices for major exports such as iron ore and coal remain strong. That provides a security blanket for wages (and demand) to recover, aided by a strong commitment to infrastructure spending and a possible cut in interest rates.

Ideally this would produce a tighter labour market, with wages rising to attract and retain workers. Consumption would then be expected to pick up.

That’s the theory, but it reflects the delicate nature of the link between spending and labour.

Most workers will pay less tax, regardless of whichever side emerges victorious next month. Business will hope this stimulates spending, without big across the board pay increases. Time will tell.

End of an era

The recent death of Lady (Doris) Brand, the widow of Western Australia’s record-term premier Sir David Brand, marks the passing of a generation intimately linked with key decisions that have shaped the state’s economy.

Both Sir David and Lady Brand (nee McNeill) – who died on April 2 – came from Mid West farming families. He served a 12-year term (1959-71) as premier, and was the last WA leader to represent a regional electorate (Greenough).

Lady Brand, who was aged 97, outlived her husband by 40 years. But she was close to the action in his political career. She told me in an interview in 2011 how, as works minister in the early 1950s, he had gone to Melbourne with senior bureaucrat Russell Dumas, for talks with Anglo Iranian oil refinery officials.

The states were competing for the establishment of a new refinery. The Brand mission succeeded, paving the way for the refinery at Kwinana and the development of the industrial strip, which has provided thousands of skilled jobs.

It was partially lifted in late 1960, paving the way for the massive development in the industry, especially in the Pilbara. The rest is history