An avocado farm near Pemberton, deep in the state’s South West, may not be the obvious location for an award-winning energy technology application. 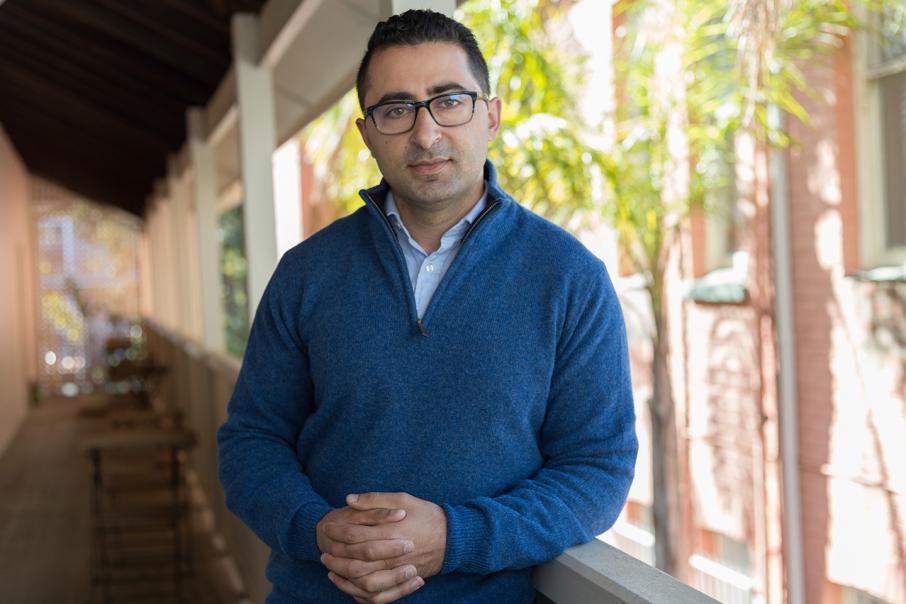 Ziyad LeZiad says the private sector is having a lot of success rolling out battery storage. Photo: Gabriel Oliveira

The commercial applications of battery storage systems are growing as the technology improves and the market responds to the opportunities.

An avocado farm near Pemberton, deep in the state’s South West, may not be the obvious location for an award-winning energy technology application.

But the off-grid operation does serve as an example of the early stages of a trend in the commercial take-up of battery technology in Western Australia, complementary to the already growing interest from government-backed utilities.

West Perth-based Unlimited Energy Australia, headed by garnet magnate Torsten Ketelsen, won an outstanding project award at The Smarter E conference in Germany in June for its work at the project in Pemberton.

At the farm, Unlimited installed a 53-kilowatt solar panel system, 60kW hours of salt-water battery storage capacity and 48kWh of lithium batteries in 2016.

At the awards, the judges were impressed by Unlimited’s unique capability to apply two different technologies – saltwater batteries and lithium ion.

“The big difference between saltwater and lithium is that a saltwater battery is quite a slow charging, slow discharging battery, so you typically would need quite a large system … and it’s really useful for baseload requirements,” Mr LeZiad said.

“So for example, lighting, communications, all those sort of things.

“The lithium we would use typically as a diesel replacement technology, and it provides really powerful surges.”

The lithium system would charge in about 30 minutes of sunshine, while saltwater might take 12 hours, he said.

The $250,000 Pemberton project is one of eight battery installations completed by Unlimited.

“It’s much more feasible for those end users who are either at the edge of grid or off-grid completely,” Mr Ziyad said

“We’re finding there’s a lot of traction in energy storage for people who want to replace their diesel generators, which are very high cost to run.

“Western Power, in credit to them, are finding ways to service these (edge-of-grid) end users differently, but I think what’s happening is the private sector is probably beating them to the punch in getting these systems on the ground.”

Business News reported in April that Alinta Energy had installed the nation’s second largest battery storage system at Newman in the Pilbara.

The 30-megawatt, 11.4MWh system will contribute to power supply at the Roy Hill mine.

Because large resources projects are often not connected into a broader electricity network, they need to have significant excess generation capacity available in case a generator unit breaks down, to ensure consistent power supply.

The concept is referred to as a spinning reserve.

In Alinta’s case, the new battery would act as a spinning reserve.

A similar commercial application is planned by Woodside Petroleum, which will install a 1MW battery for spinning reserve at the Goodwyn A gas platform in the second half of this year.

The company claims it is the first use of a battery in an offshore platform in the world.

A battery at the Rankin platform could be next in line, while longer term a 35MW battery could provide spinning reserve at the Karratha and Pluto gas plants, Woodside has said.

One interesting project slated to begin operations next year is gas network operator Atco’s hydrogen microgrid in Jandakot, a $3.3 million project half subsidised by the Australian Renewable Energy Agency.

It will use a solar array and a 400kWh battery to electrolyse hydrogen to inject into a test gas grid for blending with natural gas.

There has also been significant uptake of battery storage in utility applications, with prominent examples including: Synergy’s battery in Alkimos; projects from Horizon Power in Onslow and Carnarvon; and Western Power’s rollout of solar-battery systems in the Wheatbelt.

A report released earlier this month by the federal Office of the Chief Scientist found Australia installed the most megawatts of battery storage in the world in 2017.

“Out of a worldwide total of 1.4 gigawatts of battery storage capacity providing on average 1.6 hours of supply in 2017, Australia led the way on the installation of power capacity, with 246MW for 1.7 hours,” the report said.

“One advantage of batteries is that they can be initially installed as small units then scaled up as needs and funds arise.

“Further, they can be installed close to where they are needed, making the transmission costs either small or non-existent.

“In some cases, batteries can save investment costs by avoiding the need to upgrade distribution lines in cities.

“For example, if a large office building needs to increase its peak electricity draw but the distribution lines to the site have reached their limit, instead of upgrading or building new distribution lines it might be more economical to install a battery system in the building basement that would be charged at night and discharged during the day to supply part of the peak demand.

“This usage is known as ‘peak shaving’.”

“As a result, over the past few years Australia has been the preferred testbed for new residential energy storage products, as several technology vendors have first introduced their residential product portfolios in the country.