Residents at Alkimos Beach and White Gum Valley are set to participate in trials of solar energy technology and battery storage that could lead to large reductions in power bills. 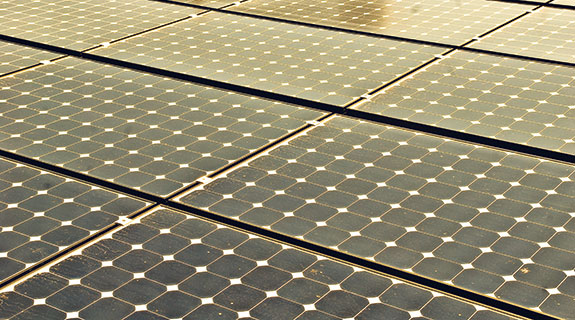 Solar panels will work alongside battery storage to lower Alkimos Beach’s demand for electricity from the grid.

Residents at Alkimos Beach and White Gum Valley are set to participate in trials of solar energy technology and battery storage that could lead to large reductions in power bills.

About 100 Alkimos Beach residents could see their electricity bills fall by 15 per cent after the launch of their four-year energy storage trial.

Perth-based solar construction and engineering company Energy Made Clean recently completed the installation of a 1.1 megawatt hour energy storage facility at Alkimos Beach, under a trial to determine the benefits of integrating solar generation, energy storage and dispatch into a traditional electricity network.

The $6.7 million four-year trial, of which $3.3 million was provided by the Australian Renewable Energy Agency (Arena), is a collaboration between Synergy and development partners LandCorp and Lendlease.

“Energy storage is the next logical step in new technology and consumers are demanding solutions from the energy provider which package solar and storage,” he said.

“This exciting trial will inform us about how we can achieve holistic benefits – for consumers, government and developers.”

“It will store power from more than 100 rooftop solar photovoltaic systems,” he said.

“Combining community-scale battery storage and rooftop solar presents a win-win for energy retailers, developers and consumers and can provide households with the benefits of storage without on-site installation and maintenance.

“Solar will work alongside battery storage to lower Alkimos Beach’s demand for electricity from the grid.

“This model has the potential to offer residents cheaper electricity bills and reduce grid connection costs for future new developments.”

The project, supported by Arena through a $1 million grant, will take place over the next three years and aims to show how a strata neighbourhood can involve solar storage technologies.

The project will be implemented as part of LandCorp’s WGV development in White Gum Valley.

Around half of the dwellings will have solar storage installed.

Curtin research fellow Jemma Green said the research being undertaken at the university was instrumental in bringing the idea of a citizen utility to life.

“Essentially what we have is the strata acting as a quasi-utility who will own and operate the solar power infrastructure and sell power directly to home owners and tenants,” Ms Green said.

“In a world where we are increasingly seeing people living in shared developments, these kinds of innovations potentially reflect the future of power utilities, a future that makes solar power a viable option for everyone.”

The project also involves making electric vehicles available for rent to the public, demonstrating how strata can become citizen utilities and create a zero carbon neighbourhood.