A bid to launch a battery focused cooperative research centre in Perth has so far received more than $26 million in commitments from supporters, and will build on existing research programs at institutions such as Murdoch University. 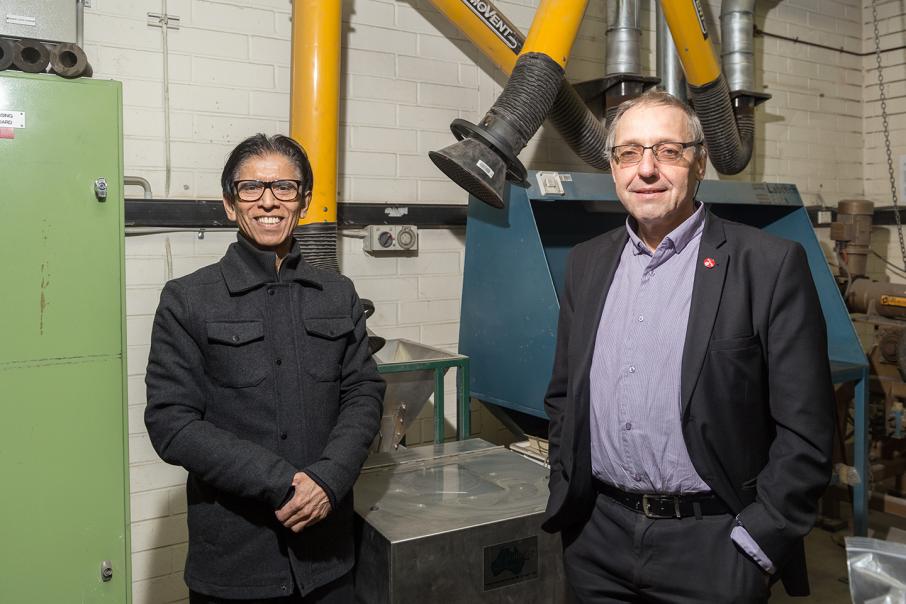 There are big plans to grow WA’s capability in battery industry research, which could be worth up to $100 million.

A bid to launch a battery focused cooperative research centre in Perth has so far received more than $26 million in commitments from supporters, and will build on existing research programs at institutions such as Murdoch University.

Tim Shanahan, who was the founding director of the Energy and Minerals Institute at the University of Western Australia, is the main driver behind the push for the centre, which he hopes will be operational in the next year.

Mr Shanahan told Business News the bid had developed quickly, with proponents hoping the centre would have funding of about $100 million, roughly half in-kind.

“We have more than $26 million worth of commitments at this stage, we’re buoyant with the level of support that we’ve got,” Mr Shanahan said.

“The funding package has been created in the past two to three months, so it’s happened quite quickly.

“(It’s) likely to increase over the course of the next three or four months.”

Curtin University is hosting the bid, with the University of Western Australia and Murdoch University among the institutions to participate.

The state government has already offered to provide $6 million.

Mr Shanahan said expressions of interest for the next round of cooperative research centre grants had just closed, with a rigorous competitive process of review by the federal government to be undertaken.

He said the bid team was hoping the federal government would match the existing commitments.

“Over a five-year period, we think somewhere in the vicinity of $100 million of activity,” Mr Shanahan said.

The research will cover three main areas of focus.

One is in the extraction and processing of battery minerals and fabricating of battery components, including lithium and elements such as vanadium.

Exploration of potential uses of batteries would be a further focus, looking at the well-known electric vehicle and utility applications, and the defence sector, which Mr Shanahan said was timely given the federal government’s big planned capital investment in this space.

The centre would additionally target battery recycling, he said.

Gamini Senanayake, who heads Murdoch’s chemical and metallurgical engineering and chemistry disciplines, told Business News the university had a long history of leadership in the battery space.

Murdoch was at the centre of research into lithium and zinc bromide batteries in the 1970s, led by Jim Parker, whose work underpinned a 1981 move by furniture entrepreneur Frank Parry towards commercialising the technology through business ZBB Technologies.

That business struggled as the oil shocks of the 1970 dissipated, however.

Associate Professor Senanayake said there was a growing research group in the lithium space at Murdoch, with a team of about 20, while a further team is working on brine lithium

Murdoch’s dean of engineering and information technology, Bogdan Dlugogorski, said one major research focus was on the process for refining lithium, which currently used a sulfuric acid leach.

“It’s a tested technology and commercially very successful,” he said.

“But the technology has a few drawbacks, it requires … very high temperature to activate the minerals, it’s very energy intensive.

“It also uses a lot of chemicals.

“There’s a significant amount of byproducts (and waste).”

The university was currently working on improvements and also trialling an alkaline leach process, he said.

A similar concept had been used by Sons of Gwalia when it operated the Greenbushes lithium mine, Professor Dlugogorski said, although that was largely unsuccessful as the process required some difficult technical steps.

Since that time, significant technological progress has been made that could potentially make an alkaline leach more workable.

The research was partly funded by industry, with West Perth-based Lithium Australia, Chinese-owned Tianqi Lithium and the government-backed Minerals Research Institute of Western Australia all contributing.

The university also planned to introduce an academic chair position in the field of energy storage research and increase the number of academics and staff in the space, Professor Dlugogorski said.

There would also be a focus on using data analytics and information technology.

Other WA universities have also run research projects in the battery industries sector.

Curtin University, for example, has published research that could increase capacity of lithium sulfide batteries using carbon with a higher surface area.